James Lee: Designer by the grace of God

December 28 2016
20
They say that there is an information and energy field around our planet, which the famous “sleeping prophet” John Casey called Akashik. It is there that all the souls of the departed enter and reside there, being united into a certain Overmind, which sees everything, knows everything, can do everything, but very reluctantly makes contact with ordinary people. From here, by the way, all the mysterious phenomena of movement in a dream, supernormal abilities, the ability to foresee events, but “asking akashik” is something very difficult for you to help. But you can ... However, the discussion here is not about that at all, but just about the abilities that manifest themselves from childhood. 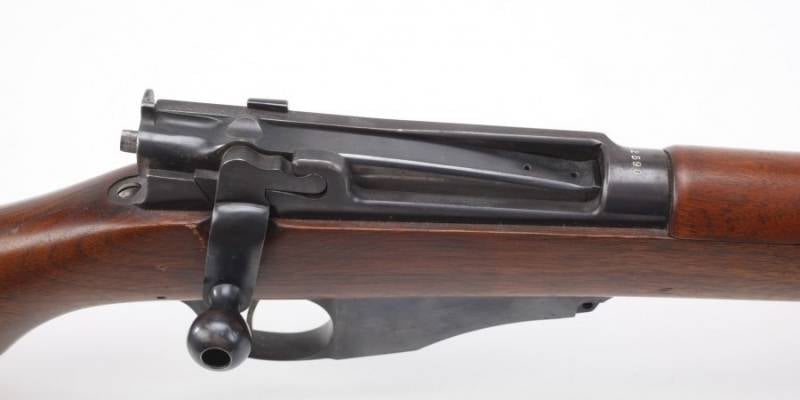 The shutter and the shutter handle of the Le-Navy rifle, rev.1895. The original device for locking the shutter with a figure cut in the protrusion of the receiver, which includes the reloading handle, is clearly visible.

For example, the “Finger of Destiny” in childhood obviously touched a certain James Paris Lee - and this is undoubtedly! He was born in Scotland, in the city of Hawick, in 1831, but when he was five years old, his parents took him to Canada. And it was there that already in the 12 years he made his first pistol, using for this ... an old pistol barrel, an improvised box of walnut and a powder shelf made of a coin! It worked "it" does not matter, but Jace liked it and determined his whole life - he became a gunsmith designer. In 1858, he and his family moved to the USA, and already in 1861, he figured out how to remake the Springfield capsule rifle into a breech-loading unitary cartridge. Gradually, inventions in Lee scored a whole "heap". For example, he proposed a pistol with a crucial loading mechanism not in the vertical, but in the horizontal plane, and the same rifle - very simple and reliable. Then he was interested in the Peabody shutter, with a lever under the box and he came up with his own version. So, if you look at the Martini-Henry rifle (about it there was already material on the BO), then it is easy to see that the lever, combined with the trigger hook, is shifted to the butt. That is, the hand for reloading should be shifted down. And he proposed a mechanism where it was not necessary to do this movement! 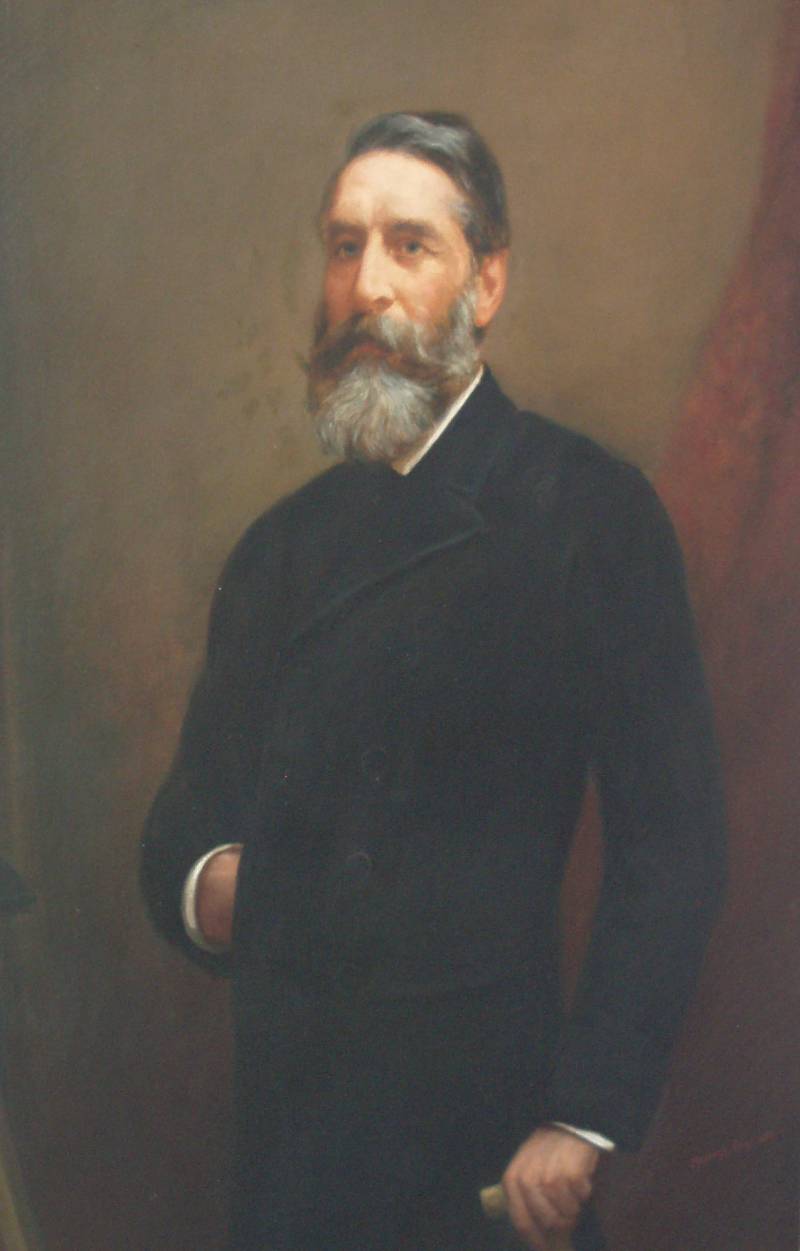 Finally, he figured out how to control the Peabody shutter (apparently, he liked it a lot!) With the help of ... just one trigger! We push it forward - the shutter opens. Back - closes. Farther back - cocked! True, even from a technical point of view, this was a clever decision, in fact, the proposal “did not go.” War spring right under the bolt! But the lever ... it is still a lever. And here the “shoulder of power” was quite small, so it would be difficult to work with such a shutter. Perhaps it was suitable for a pistol, but not for a rifle.

And here, namely in the 1879 year, Lee gets a patent for his most significant invention, which determined the appearance of small weapons for ... the rest of the time until today. He invented the median vertical store! Before him, the stores were tubular and located either in the butt or under the barrel. And he proposed a store in the form of a rectangular box, inserted right behind the trigger hook.

The store could be equipped one by one, and with the help of a clip. Its capacity could be changed by simple lengthening. Of course, the idea of ​​Lee did not immediately find adherents, and his proposal to supply soldiers with pre-equipped shops seemed the height of waste. But then his box store became the most common in the world. 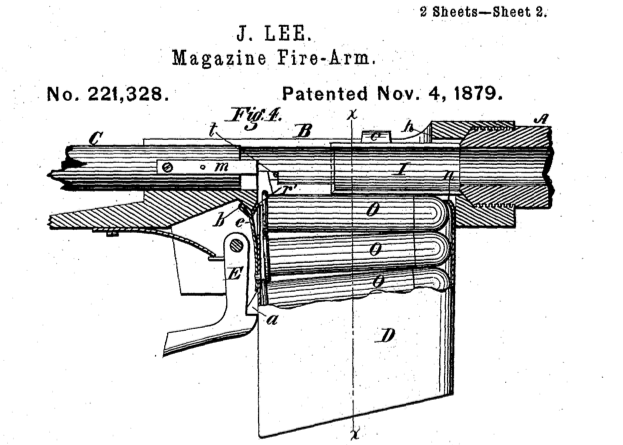 But Lee was little shop invented by him and he swung at the same original rifle, and it was here that he outdid all the gunsmiths of the time. His model - the Lee rifle. The 1879 model of the year became the first rifle with a sliding bolt of its system and in addition to its design store. She was surprised almost everything, and it was why. The fact is that all the magazine rifles, which were then in service with various countries, were similar as twin brothers. The trunks of them were locked with a cylindrical shutter, in the front part there were usually two projections (called warheads), which, when the bolt was turned to 90 degrees, went beyond the corresponding supporting surfaces on the breech. That is, for reloading the shutter it was necessary to turn upwards, but the rifle Lee acted completely differently. 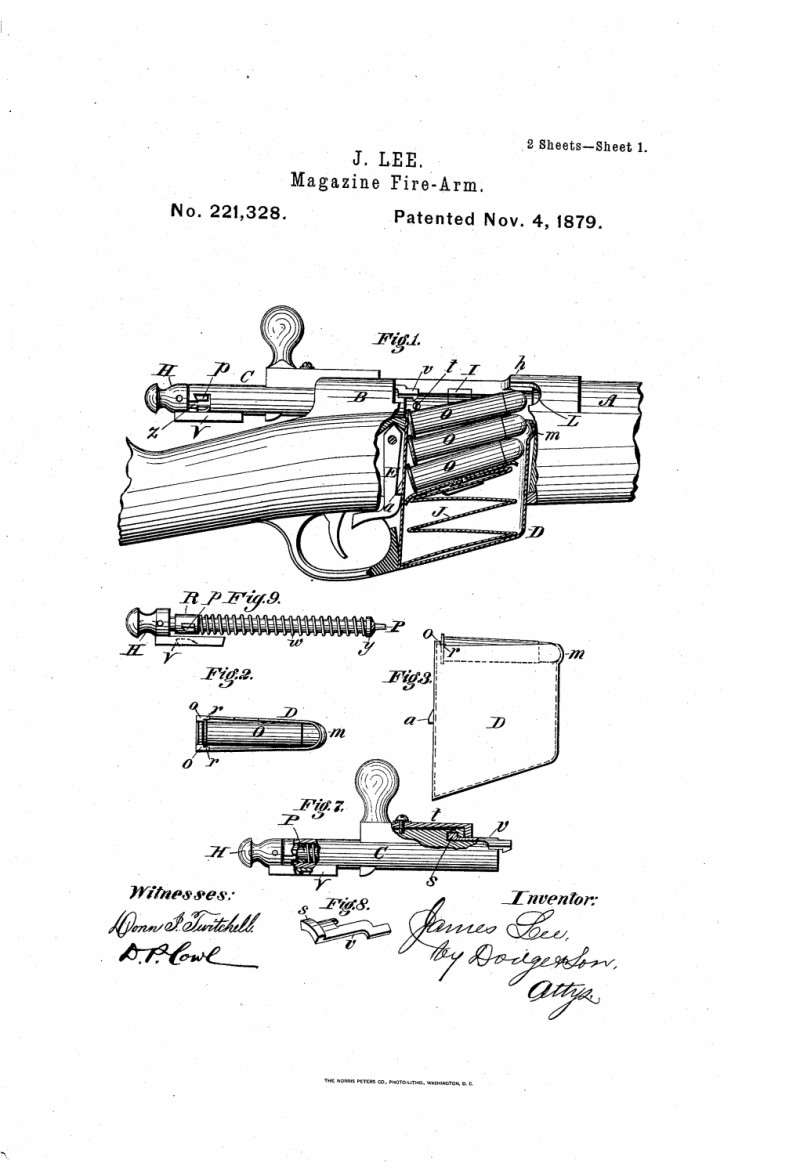 To reload it, the shooter had to pull the bolt handle back. She turned in a figure neckline on the receiver and lifted the back of the gate. At the same time, his only lug, which was on the underside of a rectangular shutter (which in itself was amazing!), Was coming out from behind the supporting surface of the receiver. Then the shutter had to be pulled back, and he pushed back and up and threw the sleeve.

Rifle "Lee-Navy" arr. 1895 g. With an open valve and a pack-clip with cartridges.

When the shooter pushed him forward, everything happened in reverse order. Moreover, the trigger mechanism was designed so that it excluded the shot at shutter, not fully closed, and also the self-opening of the shutter until the moment of the shot. Moreover, Lee provided for the shutter to stop in the rear position when the cartridges were used up in the magazine. So now even the gaping soldier just physically could not stay with an unloaded rifle at the most intense moment of the battle!

The bolt and pack-holder with cartridges.

But that was not all. At that time, the magazine rifles were equipped either with a pack or a clip. Loading the pack was more convenient, but it needed a hole through which the pack would be removed (Mannicher system), and on the earliest samples the shooter also had to remove it himself!

The disadvantage of pack-loading was the large weight of the pack itself, and the possibility of clogging the rifle magazine through the window to remove packs, and the complete inability to equip the magazine with one cartridge. When firing without packs, such a rifle turned, in fact, into a single-shot one, and the shooter also had to send the cartridges to the barrel himself. Loading with clips only came into fashion and was free of these shortcomings, but there were only two such rifles in service: the Belgian Mauser of the 1889 model of the year and our Russian rifle Mosin, so it was impossible to say exactly which option was more effective ... Lee came up with the original pack-clip. 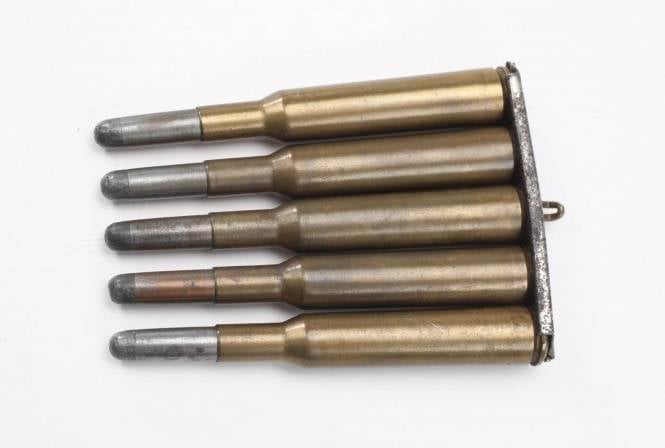 Just as with the bursting of a Li rifle, cartridges were required to be inserted into the store along with a pack-clip, which fell out of it immediately after grinding into the barrel of the second or third cartridge. But his shop could be charged even by one cartridge, and, in fact, the rifle was six shooters, since five cartridges were in the store, and the sixth could be placed in advance in the barrel.

Finally, the rifle was made chambered for the smallest caliber, which then existed - 6-mm. He considered and, as it turned out, he was also right in that the power of rifles of the 7,6 and 8-mm caliber is completely redundant. As a result, he got a rifle that had the largest ammunition with the minimum weight of the display. In addition, the new cartridges had good penetration power: at a distance of 30 and its bullet pierced the 11 mm boiler sheet. 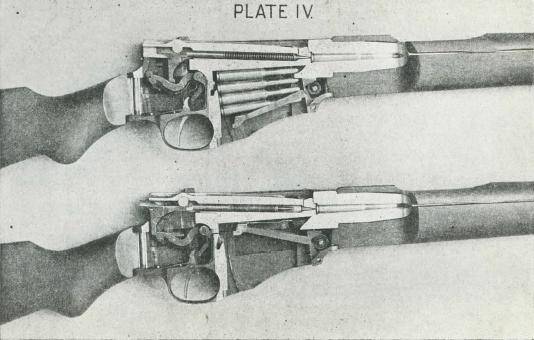 The 1879 model, dubbed the "Le-Navy", was put into service in the army of China and the US Navy, as well as the two later samples - "Remington-Lee" M1885 and "Winchester-Lee" - "Lee-Navy" M1895. The only, as a result, disadvantage, which at the time of creation put this rifle to blame, was fast - after the 2000 shots, barrel wear. Then it was believed that this was the fault of the excess power of the cartridge, but, most likely, the reason for cutting the trunk according to the William Metford system. The Li-Metford rifle then had the exact same flaw. Interestingly, for some unknown reason, this rifle did not interest the American army, but the American sailors, who adopted it for the Marine Corps, liked it. It is with a rifle "Lee-Navy" arr. 1895, the US Marines defended the Embassy Quarter in Beijing from the rebel "boxers" and fought in the Philippines during the US-Spanish war. Total fleet received James Lee 14658 rifles for the price of 14 dollars 60 cents apiece. 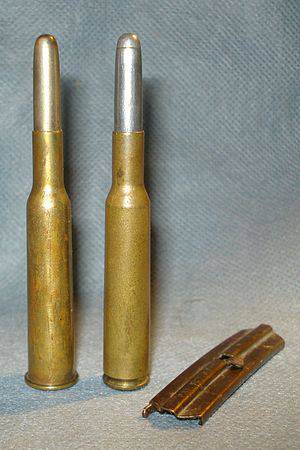 Two versions of .236 caliber cartridges, that is, 6-mm Yu.S. Navy early flange and flangeless - civilian version with a clip.

What prevented the spread of the Lee rifle is its caliber - in its own army, in navy - mine, isn't it too luxurious, and even troublesome? That is why, with the adoption of the Springfield rifle in 1903, the Americans refused two calibers and, like the Krag Yorgensens, sold all Li-Nives privately for $ 32, and a thousand rounds of it cost 50 dollars. By American standards, it was expensive, and this rifle wasn’t particularly popular as a hunting weapon, and the release of cartridges for it was discontinued in 1935.

Meanwhile, in England, in 1887, the Li-Spide rifle was first tested and, although it was not accepted for service, it was noted that both the shutter and the shop of the James Lee system deserve the most serious attention. “Attention” was embodied in the Lee-Metford rifle in 1888. Being improved at the “Royal Factory of Small Arms” in the city of Enfield, it turned into the famous “Lee Enfield”, which for many decades was in service with the British army. Well, James Paris Lee died in Branford, Connecticut 24 February 1904, and today fewer and fewer people can remember what exactly he was famous for.