April 28 2010
3
MOSCOW (Reuters) - The Russian company introduces a new system of cruise missiles to the armaments market, which can be hidden in a regular cargo container, giving any freighter a chance to destroy an aircraft carrier. 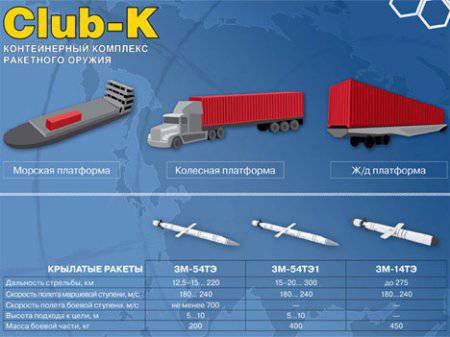 “In one fell swoop, the system enables precise long-range strikes using conventional vehicles that can be moved to almost any place on earth without attracting attention,” said Robert Huson from the Jane's Defense Weekly, who first revealed existence of the system.

A promotional video of the “Club K” system on the manufacturer’s website (Concern Morinformsystem-Agat) in Moscow shows an imaginary tropical country attacked from land, sea and air by a hostile neighbor.

In response, three cargo containers with the Club K system are loaded onto a truck, ship and train, after which a destructive blow is struck from different places on warships, tanks and enemy airfields.

"The idea that you can hide the rocket system in a drawer and transport it without attention is quite new," said Huson, who is the editor of Jane's Air-Launched Weapons. “No one has done this before.”

Huson estimated the cost of the system, which comes with four cruise missiles, hidden in a standard 40-foot shipping container, at $ 10-20 million. 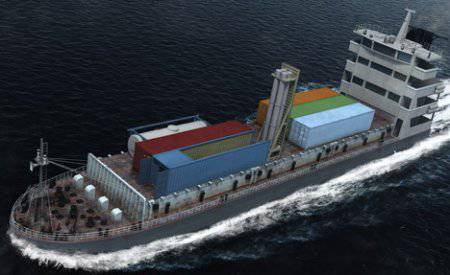 “If the sales of these systems are not heavily controlled, there is a danger that they may fall into the wrong hands,” - he said.

The advertising video on the company's website shows how an ordinary shipping container with the “Club K” system inside can be hidden among other containers on a train or vessel. When required, the container's roof rises, and the rockets take a vertical position, ready for launch.

An official in the Concern Morinformsystem-Agat company did not want to answer questions about Club K systems by telephone.

He said that the company does not have a press relations representative and will need time to study the issues and consult with the company’s management.

Russia is one of the main exporters weapons in the world, selling last year’s record-breaking 8,5 billions of dollars in weapons to countries ranging from Syria and Venezuela to Algeria and China. The number of orders for the supply of weapons is estimated to exceed $ 40 billion.

Mikhail Barabanov, an expert on defense at the Center for the Analysis of Strategies and Technologies, said that, as far as he understood, the system “Club K” is still under development. 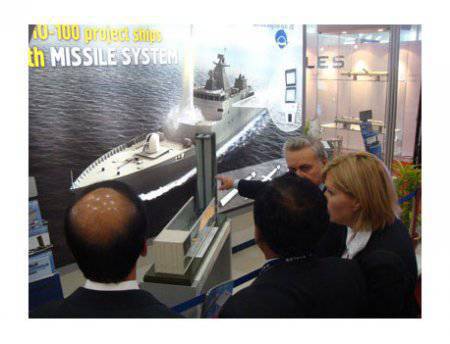 “Potential customers are all who like the idea,” he said. - It is known that the United Arab Emirates showed interest in buying “Club K”. ”

Barabanov said that the system uses proven missiles from Novator Design Bureau, a reliable Russian arms manufacturer, such as ground-to-air missiles, anti-submarine systems, as well as missiles for launching from submarines. 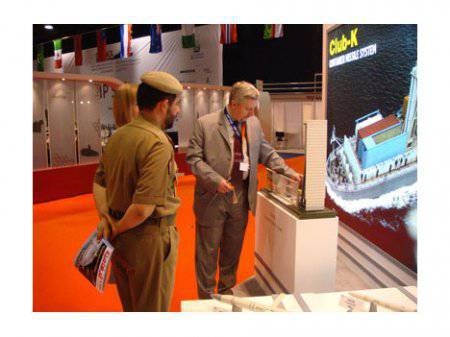 One of these missiles is a special variant designed to destroy ships, with the second stage, which, separated after launch, accelerates to speed in 3 mach.