Armored vehicles appeared on the streets of Budapest

December 21 2016
48
Hungarian authorities decided to increase security measures in major cities of the country after the terrorist attacks in Germany. Thus, the authorities of the Hungarian capital reported on the whole complex of security measures for the Christmas period. The most serious measure is the introduction of armored vehicles into Budapest, which are dispersed in crowded places - near squares, government buildings, shopping centers and fairs.


Several units of armored vehicles will stand for about two weeks at the main square of Budapest - Wereshmarti, which is now the largest Christmas fair in Hungary. 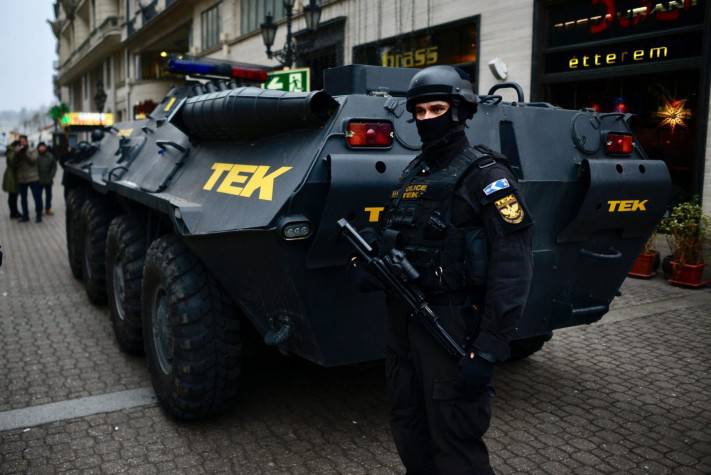 The authorities report that law enforcement officers receive information on the activation of radical elements from among the Middle Eastern refugees, who set as their goal precisely those places in the country that are somehow connected with the Christian religion and the upcoming Christmas holiday.

In the cities of Hungary (Budapest, Pécs, Nyíregyháza, etc.), on the streets you can see armed weapons law enforcement officers and police special forces. The city is patrolled around the clock. 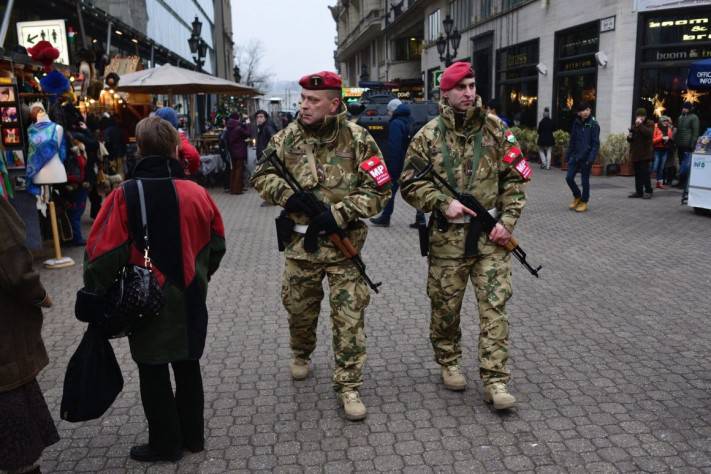 The number of large Hungarian towns patrolling the streets is growing in the late afternoon, when the largest number of buyers come to the aforementioned Christmas markets.