December 23 2016
33
The arrival of Donald Trump, the US refusal of the Transatlantic Partnership can swing the EU or at least part of its most independent members towards Russia, the Eurasian Union. Sergey Glazyev, an adviser to the president of the Russian Federation, told the Military-Industrial Courier about what we have in common, what is the difference, what are the prospects.


- Sergey Yuryevich, can we today compare the economies of the Eurasian and European Unions?

- Nothing is easier. Take statistics, match the parameters. The most significant difference is the size of interest rates. In the European Union, they are at zero and open access to credit. We have record rates in the world. Therefore, there, despite certain difficulties, modernization continues, new technologies are being introduced, engineering schools are actively developing. And here, because of high interest rates, the high-tech industry sits only on budget orders, which leads to an increasing technological gap.

Europe has a fiscal policy for development, three-quarters of the expenditure goes to support education, science and economics. Unfortunately, we still live in a hundred-year-old model, when fixed assets are spent on bureaucracy, on what is called the police state, and no more than a quarter of the expenditure remains on development.

It is in the monetary and fiscal plane that the key difference between the EU and the EAEU lies. And in Europe, taxes are mainly on the super-rich, in fact - on super-consumption, and in our country - on production. Our real sector lives in much worse conditions than its competitors. Therefore, such a balance of trade with Europe: we export raw materials, and we get finished goods. Because we produce more expensive loans are not available, taxes are higher. 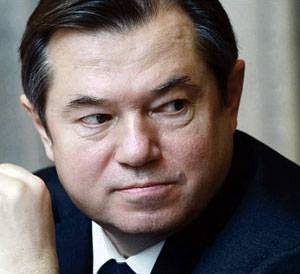 - How much do you think it is best to spend on power structures, on defense?

- It is necessary not only to divide the budget into functional areas, but to link it with the development goals. When money is spent on maintaining a bureaucratic apparatus, this is one thing. Another thing - when the defense of science. It is necessary to spend more on it than it is now, much more - in order to be competitive, because it is at the same time financing scientific and technological progress. We have excessive spending on bureaucracy, the number of officials per unit of gross product is probably the highest in the world, ten times more than it was in the Soviet Union. Here it is necessary to reduce and increase development costs. They must be at least two-thirds of the budget. And today make up about a quarter. First of all, an increase in allocations for science is required - about three times to meet world standards. We have to spend one and a half times more on education than now, on health care - twice. Then let's get closer to the world average.

- Without Ukraine, can the Eurasian Economic Union realize itself?

- He realizes himself in any case. With Ukraine, of course, there would be more economic space, higher competitiveness, more powerful synergy.

- What is the role of the EAEU in the world today?

- What is immediately talking about the world ?! First of all, its role in our economy is great. This is a huge common market, the weight of Russia in which about 80 percent in terms of production. Each state party - Kazakhstan, Belarus, Armenia, Kyrgyzstan has its strengths. Their combination allows us to restore the cooperation that was before, to build new joint projects, to realize investments in common interests and thus increase economic activity. This gives additional competitive advantages.

I can say that immediately after the creation of the Customs Union and the removal of the corresponding barriers, the volume of mutual trade grew one and a half times in just one year. And today, against the background of a general decline in commodity turnover, this trend continues, being for us a promising and important development direction.

There are locomotives of economic growth that lie outside the country, but very important for us, say, the Belarusian agricultural engineering, which is completed with Russian engines and other integral parts. This example shows that any success in each of our states is a plus for all.

- What else is profitable for Russia to trade with members of the EEU and what is it ready to buy?

- We have a large space for work here, because the share of mutual trade, if we talk about Russia, is only 13 percent, and in Belarus - about half. And this economic model shows how you can use the advantages of Eurasian integration, the absence of customs borders.

The Russian economy maintains too high a lurch towards the extractive industry, chemical raw materials, which account for the majority of trade, not only in foreign trade, but also within the EAEU. Therefore, the emphasis should be placed on the development of engineering, other high-tech industries, where there is still an established base oriented to the entire former Soviet Union, but due to the fall in production, they cannot maintain proper profitability.

Let's say ours aviation industry worked for a third of the world, and today, you see, even such a large territory as the Russian Federation is not enough to load capacity. The modern economy is oriented towards the world market, but until it has developed its own space, competition cannot be avoided. First of all, we need to train in the common economic space.

In general, we can state that the era of liberal globalization is coming to an end. The elected American president announced his refusal to sign a partnership and investment agreement with the European Union, announced the withdrawal of the United States from the TTP. That is, further attempts to impose the lifting of borders, the fitting of all to the standards of the International Monetary Fund no longer give effect, do not ensure economic growth even in the United States. We are on the verge of creating a fundamentally new model of world economic relations, where the importance of national sovereignty is being restored, where each state is trying to realize the maximum of its competitive advantages.

We still have competition of jurisdictions in the EAEU. Because European integration, by the example of which we began to build our union, today appears as a tough bureaucratic empire. This rigidity leads to fragility, lack of flexibility, disrespect for national characteristics. Attempt to cut one size fits all has already led to the UK leaving the European Union. This is just the beginning. The European Union will have to either decentralize or collapse.

Against this background, our Eurasian integration is more organic, it takes into account the peculiarity of countries, we unite only economic spaces, not trying to unify political systems, do not crawl into fiscal policy, do not create a monetary union. We combine only those functionaries of economic regulation, from which the overall benefit is assumed due to the larger scale of production, cooperation, and a combination of competitive advantages. This Eurasian model today is more attractive and promising than the rigid bureaucratic structure of the EU, based on coercion.