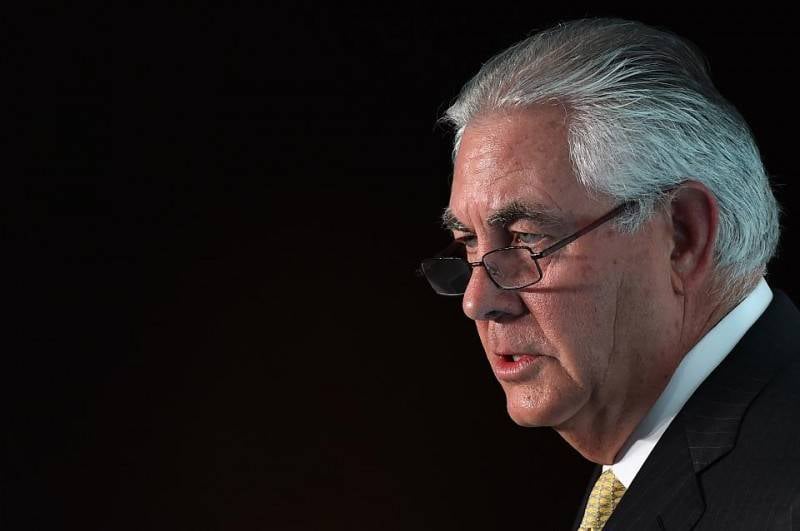 In the United States completed voting voters. And despite the leap year, in which everything happened that was not supposed to happen, the electors did not violate the old American tradition - to fulfill the will of the people. Trump won, Trump president.

I once again admit my mistake, because right up to the announcement of the voting results it was hard to believe that Trump's SMMs would be more influential than the Hillary elite.

And now we can seriously consider the analysis of the new Trump team, but even more seriously we should consider the issue of Iran and the Middle East, the European Union and NATO.

If we talk about the confrontation between Clinton and Trump, the latter twice easily and almost gently walked around the former first lady. The many scandals that accompanied Clinton made her not just the losing side, but also shamefully the losing side. Therefore, it is not surprising that even “protests” and actions did not help to incline the electors towards Clinton, and even had the opposite effect.

Start with a very recent appointment, which was given to Trump with great difficulty. This is a businessman, a longtime friend of Russia, awarded in Moscow, Rex Tillerson, who will occupy the position of state. secretary. Earlier this post belonged to the inveterate Russophobe John Kerry, therefore the arrival of not only a Russian friend, but also an oil businessman for such a responsible post inspires optimism to the pro-Russian side and horror in Europe.

The head of Exxon Mobil bears the title of "scout eagle." The path from a simple engineer to the sixth chapter in the world in terms of corporate income. "The State Department will be headed by a friend of Putin" met news American media. In fact, Tillerson really knows Russia, Russians, and the way they do business. And it's like their spy in our country. He knows strengths and weaknesses, can figure out priorities, is well acquainted with business in Russian (and often it is business that determines the political strategy). Therefore, the question: good or bad for Russia, the new state. Secretary, you can only answer a few years after the end of his term. For the time being, he, as well as the most recent US president, should be treated with great apprehension. He may be a friend of Russia, but a citizen of the United States. And our interests with the United States go in different directions.

The post of secretary of defense was given to James Mattis, better known by the nickname "mad dog." His track record is significant: the former head of the Central Command of the US Armed Forces, led the operations in the Middle East.

Despite the fact that a couple of weeks ago, other candidates were considered for this position, Trump turned out to be predictable by the very idea of ​​appointing a person with practical experience in conducting military operations directly related to operations in the troubled Middle East to the post of head of the Pentagon.

To better understand what you have to deal with, a few quotes from the new US Secretary of Defense, the second nickname of which sounds like “Warrior Monk”:

"You can be polite, professional, but you should always have a plan on how to kill anyone in your path."
“You come to Afghanistan and see guys who beat their women for not wanting to wear these veils. You know, these are not people at all. Therefore, it’s so damn fun to kill these scumbags. Truthfully, shelling them will be fair. .
"I beg you, do not get in our way. Because otherwise the survivors will write about what we have done here, the next 10 thousands of years"

Mattis is also known for having previously criticized the foreign policy course of Russian President Vladimir Putin. In his opinion, the administration of Barack Obama paid little attention to the situation in Ukraine, and also did not sufficiently support NATO allies. "Mad Dog" considers Russia to be a "predatory" state and is convinced that "there is a war in the Crimea and in Ukraine", he is also sure that Russia wants to "break NATO apart."

Trump's other candidates are no less surprising both in their occupation and their attitude towards the Russian Federation.

Donald Trump chose the new heads of the Central Intelligence Agency and the US Attorney General’s Office. They will be Republican Senator Jeff Sessions (actively supported the US war in Iraq, insists that Russia should be punished for the Crimea) and Congressman Michael Pompeo (quote: "in order to demonstrate support for Kiev, it is necessary to change Putin’s calculations and increase the risks for Russia on the movement of troops to Kiev "). The post of national security adviser will be taken by the former head of the US Defense Intelligence Agency Michael Flynn, who is known for advocating a sensible dialogue with Russia.

The new Minister of Health was Tom Price, who most loudly criticized Barack Obama’s medical reforms. Labor Minister Helen Chao was still in the Bush administration. The head of the Ministry of Finance became Stephen Mnuchin - a billionaire, a movie mogul, a producer of Avatar and X-Men. But he is not the only billionaire in Trump's future “mighty variegated handful”. He also intends to appoint 78-year-old billionaire investor Wilbur Ross as Minister of Commerce, who made money by acquiring bankrupt companies and then optimizing their business for resale.

One thing is for sure - when the Trump team gets together at the desk, it will be the hottest debate in the whole of America. history. But there is something that unites all of them - this is a love of money, a great experience in its field and a desire to make America great again. By isolation, of course.

On the question of the Middle East. The statements of Trump himself and the composition of his team, and especially the new head of the Pentagon, make thinking is not at all positive. The course is changing and now the American sight is no longer aimed at Syria. Under the distribution will get Iran, with whom Trump already intends to "cooperate." If the peaceful way does not help (and I understand that a peaceful way is to give Iran freedom in the atom in exchange for liberty in oil and gas for Saudi Arabia), then the IG or its forms will smoothly move from neighboring Iraq to Iran, where they will open up the new one armament. Maybe even from the fact that now comes in Syria.

Difficult time awaits and Afghanistan. Trump is confident that he will be able to end the wars there and in Iraq, but he does not tell you which way. But the nickname of the head of the Pentagon explains that peace agreements will not have to wait. And, by the way, it will be curious to observe the trips of the same Tillerson towards Turkey and Azerbaijan. As soon as we see him on this side, it will be possible to wait for the conflict to break out in Karabakh and the next turmoil. After all, Tillerson, as the most experienced in energy, understands the value of gas pipelines to Europe, namely Turkey, Iran and Azerbaijan - the countries through which Gazprom’s competitor can start.

As for Europe, some individuals, such as the head of the IMF, have already abandoned their affairs and left for Washington. Because Trump and his new course are not very loyal to European issues. Of course, no one will leave NATO members without support, and in the same State Department and private American funds continue to distribute sponsorship. But the same patronage as in the previous course cannot be.

In general, the team of "Democrats" was replaced by a team of businessmen. Less experienced politically, but more experienced in the ability to achieve goals. This quality is much more valuable as a manager and much less predictable for us.