A series of shots in the back of Russia 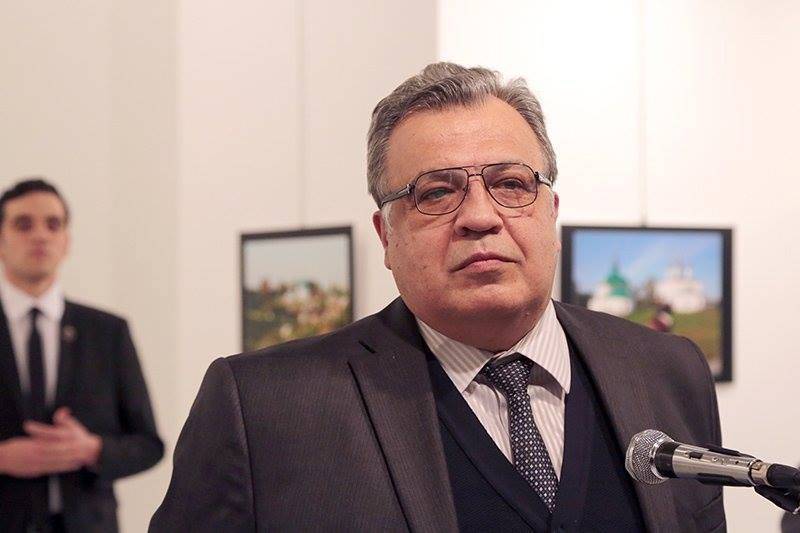 And we thought that the hysteria unleashed in NATO and the Gulf countries in connection with the liberation of Aleppo would be limited to just one word? Not. The enemies of Syria and Russia in their low vengeance went much further. And here in the country, which Moscow nevertheless considers as some, but an ally, fatal shots thundered ...

Andrei Karlov, the Russian ambassador to Turkey, in the evening of December 19 was in the Gallery of Modern Art at the grand opening of the exhibition “Russia through the eyes of the Turks”. There is nothing to say - a suitable name ... Speaking with a welcoming speech, he, of course, did not realize that this speech would be the last. Behind the ambassador loomed a strange young man in an elegant black suit, whom those present thought of as a guard. Suddenly he pulls out a gun and opens fire ...

Karlov’s speech was interrupted in mid-sentence ... And the black man for a long time shouted out anti-Russian slogans until it was eliminated. The essence of these slogans boiled down to the fact that "Russia must answer for Aleppo." The diplomat wounded in the back was taken to the hospital, where 40 minutes later he died.

There is conflicting information about the identity of the killer. According to one data - this is a former policeman who allegedly was fired after the failed July coup directed against Recep Tayyip Erdogan. According to other sources, he was an acting policeman who entered the certification event and was called upon to “ensure security”.

Russian President Vladimir Putin, commenting on the tragedy, said it was a provocation aimed at disrupting the normalization of Russian-Turkish relations, as well as at disrupting the peace process in Syria. He praised the deceased as a brilliant diplomat and ordered to present Andrei Karlov to the state award. Posthumously.

“Andrei Gennadievich was also a very intelligent, gentle person, kind. I know it firsthand, because I know him personally, and during my last business trip to Turkey this fall, he constantly accompanied me throughout the trip. ”- added the head of the Russian state.

Currently, Russia receives numerous condolences. Alas, they are not all sincere. Including, they are sent by those who actively incited anti-Russian hysteria in the world in connection with the events in Syria. Who tried to present Russia as an “aggressor”, and militants fighting against the SAR and killing Syrians - “revolutionaries”, “rebels”, etc. Such "condolences" can hardly be called otherwise than hypocrisy in the square.

The UN Security Council adopted a special statement in which it condemned the murder of Charles. His condolences were also brought by the newly elected, but not yet inaugurated US President Donald Trump.

There are those who express open joy over the death of a diplomat. In particular, these are some deputies of the Verkhovna Rada of Ukraine, as well as the Qatari television channel Al-Jazeera. Not to mention the ordinary, insignificant personalities who write numerous malicious comments on social networks.

Unfortunately, many questions need to be asked by Turkey itself. How did it happen that the killer, armed with a pistol, was able to penetrate an event of this level? Why wasn't emergency qualified medical aid rendered to the Russian ambassador? Why was the shooter eliminated and not captured alive? Isn’t it so that he couldn’t name the customers of the crime? In addition, there is even a photograph in which Erdogan shakes hands with the future murderer, Mevlut Mertu Altyntash. So was he really a sacked cop? And if so, why did he freely enter the exhibition with weapons? Why wasn’t security secured? And in general, the time of single-handed fanatics acting on his own, ended with the advent of the latest technical means of control. 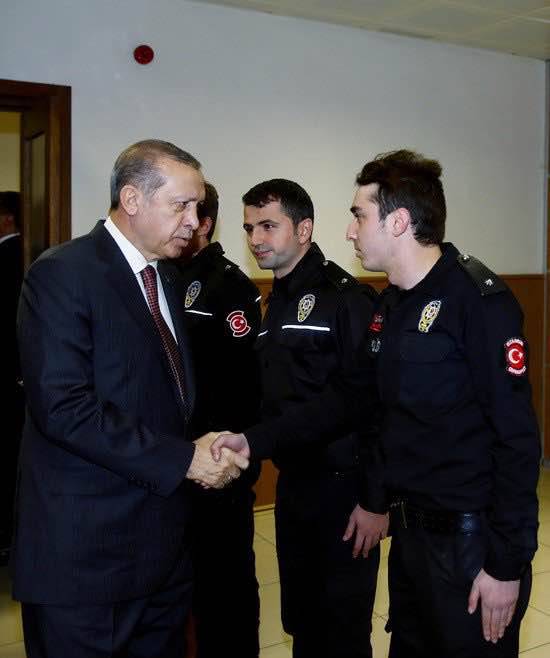 It must be remembered that Turkey throughout the entire Syrian war has always opposed Damascus, and therefore - against the interests of Moscow. Such a policy pursued by Erdogan, has led to the fact that Turkey itself has become a huge terrorist base. There, all these years, jihadists from all over the world have been arriving and continue to arrive, in order to go to Syria. Locals, especially in the areas bordering on the SAR, have long ago been literally moaning from these bearded “guests”, but the Turkish authorities keep turning a blind eye to this.

And shortly before the tragedy, Erdogan in one of his speeches blurted out: he frankly stated that his goal in Syria was to overthrow the “regime”. True, Turkey, as they say, “was cut off” - it turns out that the words of the violent Recep should not be taken too literally. And again - “peace, friendship, resorts”. Words, perhaps, should not be taken literally, but actions, actions, what to do?

Again, it is worth recalling that tens of thousands of militants arrived in Syria through the Turkish-Syrian border, and also sent gifts for jihadists in the form of weapons, food, finance ... I can’t say for sure that Erdogan was involved in a terrorist murder (special services could be behind this other countries), however, we must not forget: this ally has repeatedly shot Russia in the back. That was a little over a year ago, when Turkey shot down a Russian fighter, which led to the death of the pilot Oleg Peshkov, and then of Alexander Poznich, who was trying to save the crew of the aircraft.

In any case, V.Putin is right when he said: “The answer to this can be only one thing - the strengthening of the fight against terror. And the gangsters will feel it for themselves.". Terrorists really need to feel on their own skin that there will be no impunity.

And I would like to wish those Russian soldiers who directly fight armed bandits to beat the enemy more firmly - both for the fallen from the hands of Turkey and the militants fed by the pilot Oleg Peshkov, and for Alexander Prokhorenko who died in the sands of Palmyra, and for the nurses killed in Aleppo, and for all the others who gave their lives for the sake of international duty. And now also for the intelligent diplomat Andrei Karlov, who died at the hands of not just a single fanatic, but a collective terrorist, dissatisfied with the joint victory of Russia and Syria.