Americans are often in "isolated" Moscow

December 20 2016
14
Russia was visited by two Americans from Donald Trump's entourage: Carter Page and Jack Kingston. The common thread through these visits is the topic of the possible lifting of sanctions against Russia. In the US, there is a whole industrial “lobby” that opposes restrictive measures against Russia. 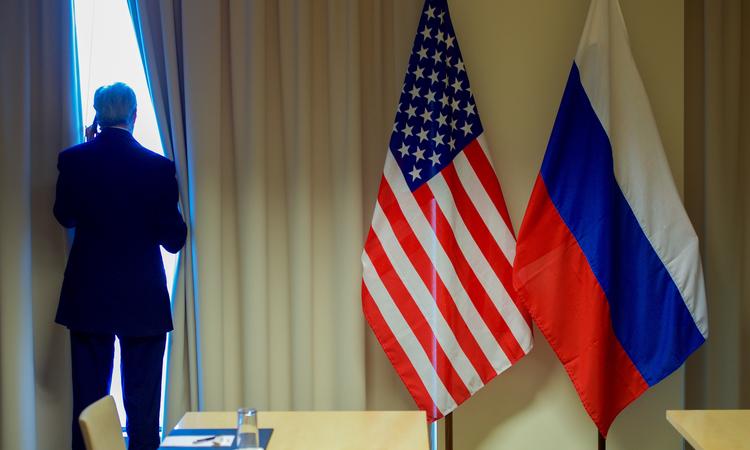 Former congressman from Georgia Jack Kingston, one of Mr. Trump’s assistants, admits that the new White House administration should consider lifting sanctions against Russia. This Kingston said in an interview with CNN, transmits TASS.

Also, Trump's assistant stressed that “in the conditions when Americans do business in Russia for 50 billion dollars, it would be possible to maintain opportunities for good communication with Russians”.

Obviously, Trump and his assistants are committed to a pragmatic business approach. “Some Washington’s rhetoric may not be as productive as someone thinks,” a former lawmaker said in an interview. - We should study together Syria, Ukraine, all these are very important topics. However, it is necessary to maintain relations in business when these military issues are resolved. ”

In Moscow, Mr. Kingston discussed with representatives of American and Russian business the possibility of lifting the sanctions. At the same time, he did not hold meetings with Russian officials.

He visited Moscow and the adviser to the election headquarters of Donald Trump Carter Page. According to Page, история the events of recent years in Ukraine and the Crimea is one of the egregious examples of “fake News».

“I’m sure there will be new opportunities for overcoming these misconceptions and the wrong vector that has been set for Ukraine,” Page said in an interview with RIA "News", answering the question of whether, in his opinion, the new US administration will implement the policy of recognizing the annexation of Crimea.

The agency recalls that in the election campaign, Trump promised, if elected, to consider recognizing the Russian status of Crimea.

As for the purpose of the visit to Moscow, Mr. Page did not hide it. He noted that the possibilities of cooperation with the private sector of the Russian Federation in the near future will be as favorable as possible, and therefore he is working on a number of projects.

“American, as well as European, companies are highly interested in returning to the Russian market. Their interest affects a wide range of sectors, ”the agency quotes Page.

Neither Page nor Kingston held official meetings with government officials. Known comment of Page's visit to Moscow, given by the Deputy Minister of Foreign Affairs of Russia Sergey Ryabkov.

Russia does not perceive Page’s arrival as a signal from future US authorities, Ryabkov said in an interview TASS.

“He is an economist who has come on his own business,” the diplomat noted. - He worked for a long time, and, as I understand it, continues to work in Russia. As far as I know, he has investment experience. Therefore, we, of course, welcome if foreign investors come here and work on their questions for investing in certain sectors or on the stock exchange, or anywhere. ”

According to Ryabkov, Paget was not accepted in state structures. “We did not perceive and do not perceive his arrival as a kind of signal from Trump: it simply could not be,” he said.

The same is the same page confirmed TV channel "RT". Let's quote a fragment of the dialogue:

- Just for the sake of curiosity: what status are you in now and what opportunities do you have in order, as you say, to move the situation in a different direction? What can you do?

- I personally believe that business cooperation can be the main driving force. A lot of attention is now being paid to security, issues of war and peace, and especially mediated wars ...

- In other words, you work here on your behalf ...

“... as a businessman who wants to make his own business agreements?”

According to the head of the presidium of the Council on Foreign and Defense Policy, Fedor Lukyanov, whom he shared with Gazetoy.ruBoth visits should be considered as networking. “There is a short period until the new president’s team has yet been formed. Then there will be officially authorized persons, ”Lukyanov told the publication.

As for Kingston, his visit to Moscow was organized by “the company in which he works,” Inessa Grikurova, a representative of the American Chamber of Commerce, told Gazeta.ru.

This is the lobbyist organization Squire Patton Boggs. Kingston became her employee in February last year. He himself explained this decision by the desire to help businessmen “to find the shortest path in the web of federal laws and various norms in order to better develop business and create jobs”.

One of the partners of Squire Patton Boggs is the former leader of the Senate majority Trent Lott, who is closely associated with Moscow. In 2015, Bloomberg noted that the company earned a lot of money on contracts with energy firms affiliated with the Kremlin. Squire Patton Boggs worked under contracts with a number of large American energy companies that run their business in Russia. Among them is the oil and gas giant Exxon Mobil, whose head, Rex Tillerson, Trump recently offered to take the post of state secretary. According to "Bloomberg", which leads the "Gazeta.ru," Tillerson seven times talked with the head of the US Treasury Jack Liu about sanctions against Russia.

In the meantime, we add, the FBI and the CIA continue to force computer hysteria in the US about Russia's “interference” in the American elections.

FBI Director James Komi and US National Intelligence Director James Clapper agreed with the position of the CIA authorities regarding the hacker "interference" of Moscow in the course of the presidential elections in 2016. This was supposedly done to “help” Donald Trump to take the post of head of state.

Mr Trump responded to these statements with a short tweet. “If many of my supporters acted in the same way and threatened people, as do those who lost the elections, they would be scorned and called them terrible words!” - wrote Republican.

On the website Change.org hanging A petition aimed at collecting 6 of millions of votes and convincing electors to vote not for Trump, but for Clinton. On noon, December 19 collected less than 5 million votes (4,913 million).

Recall, the vote of the electors will be approved by the US Congress 6 January 2017. The inauguration of the newly elected president will take place on January 20.