Humanism does not save the enemies from cruelty 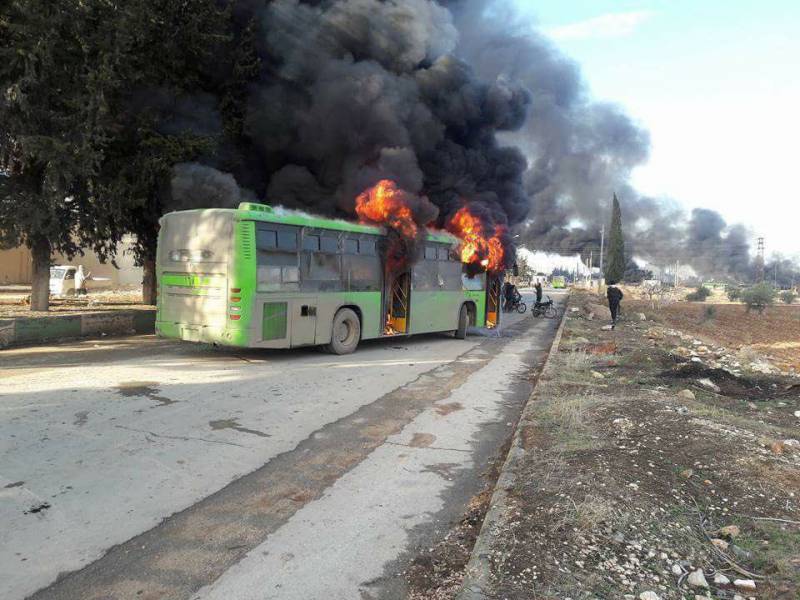 Others not a single success of the Syrian army spawned such a frantic reaction in the West as the liberation of Aleppo. The opponents of Syria, frightened by such a major defeat of the “opposition,” are doing everything possible to steal the victory from the Syrian people. Victory, got a huge price.

Syria and Russia are accused of non-existent "atrocities", but the situation is exactly the opposite. More, perhaps, no one treated enemies as humanely as the Syrian authorities.

Militants of the "opposition" committed a lot of atrocities: peaceful quarters were fired from mortars, they cut off "infidels", they did something that even the name in the civilized world doesn't have. Meanwhile folded weapon relies amnesty. That is, after everything that a terrorist has done, for which in any country a huge prison sentence or an exceptional punishment would be relied on, in Syria he is given a chance to return to normal life. And if a terrorist is so irreconcilable that he does not want to lay down arms, in any country he would be physically eliminated. Here, in Syria, buses are provided to terrorists for evacuation to Idleb.

Such tactics are largely forced. Of course, there is also a humanitarian component in it: the Syrian authorities hope to save the civilian population. And also - to return someone from the former "oppositionists" to normal life, save the lost, who succumbed to aggressive, deceitful propaganda. But in many ways it has developed under strong external pressure, when the elimination of terrorists is regarded as "atrocities against civilians" and even "against children." Somewhere we have already heard - they are children ...

Only one thing was demanded from the “moderate opposition” praised by the West in order to save the lives of thousands of terrorists - the evacuation of sick and wounded citizens from the settlements of Al-Foy and Kafraya. These are enclaves in the province of Idleb, whose inhabitants do not support the “oppositionists” and are loyal to the government. They are in the blockade, lack of medical care. But the international patrons of terrorists turn a blind eye to their sufferings - after all, by the standards of “civilizers”, these people are not “fighters for democracy”.

The agreement on their export was reached, but the militants of the “moderate opposition” thwarted it. When the buses sent by the Syrian authorities tried to break through to the besieged, they were attacked. Fiends not only burned buses, but also killed one of the drivers - an employee of the Syrian Red Crescent Society. Another driver was seriously injured. “Fighters for Democracy” galloped against the background of burning cars shouting “Allah Akbar”, claiming that they would do so to anyone who tried to evacuate “Shiite pigs”.

This unwarranted cruelty caused misunderstanding even among some militants based in the province of Idleb. It is clear that these types of civilians and bus drivers do not care. But they fear that in response to the breakdown of the agreements, the Syrian leadership will stop the export of their associates from Aleppo. However, the most implacable bandits consider the militants who agreed to evacuate from Aleppo as cowards and almost traitors.

The Syrian government was forced to suspend the evacuation of militants from Aleppo. By now, the matter has come to a standstill, and hundreds of residents of Al-Foy and Kafraya have nevertheless been taken out of the encirclement. So the pressure on the terrorists had an effect.

A few days earlier, members of the gangs, exported from Aleppo, tried to take hostages with them. This was prevented by the Syrians, again, by stopping the evacuation.

But so that Syria could not exert such pressure on the militants, the “good”, “humane” West, through the mouth of France, proposed introducing international observers into Aleppo. (We must assume that the goals are much more long-term).

France, which was previously the initiator of many anti-Arab initiatives, insisted on the next emergency convocation of the UN Security Council. The official Paris proposed a draft resolution, in accordance with which international observers are being introduced in Aleppo. Allegedly - "to prevent genocide." They themselves created the myth of the "genocide", they themselves now now pretend to fight this myth. In fact, it is Syria that is being fought.

Moreover, French permanent representative to the UN, François Delauttre, argues that his country's initiative aims to prevent a “repetition of Srebrenica”. There is so much international lie around this Serbian city in Bosnia and Herzegovina that Srebrenica is not a symbol of genocide at all, but a symbol of fabricating accusations, tendentiousness and demonization of unwanted ones. In this way, France relies on the myth of Srebrenica in its desperate struggle against another myth in Aleppo.

In case Russia refused to support the draft resolution on sending observers, France threatened to convene an emergency session of the UN General Assembly and in general to take actions in circumvention of the Security Council.

Russia introduced another draft resolution, which also provides for sending international observers to Aleppo. Disagreements related to the details of the mission. As a result, a compromise was agreed upon, which was adopted by the UN Security Council on December 19.

At the same time, the permanent representative of the Russian Federation to the UN, Vitaly Churkin, recalled that earlier international observers were already operating in Syria, but it was under US pressure that their mission was thwarted.

Apparently, Russia currently has no choice but to compromise on this issue. Otherwise, international adventurers were ready to go for broke, which is fraught with more serious conflict. In this light, the introduction of observers can be regarded as a lesser evil.

However, it must be remembered - humanism, manifested to a cruel enemy, will not be salvation from atrocities on the part of this very enemy. And the situation with buses set on fire by the “moderate opposition” shows how militant the militants are.