December 17 2016
93
News agency to Reuters reports on the interception of the American underwater drone in the South China Sea by a Chinese naval ship. The interception took place on December 15 north-west of Subic Bay (about 100 km from the capital of the Philippines). It should be noted that the American military base was previously located in this region (up to 1992 of the year), the goal of which restoration is being said in Washington.


Pentagon spokesman Jeff Davis said that this was "a provocation of China, since the signs of his US identity were clearly visible on the underwater unmanned vehicle."

Davis:
We demand that China return the device and call for the exclusion of such cases in the future. On the drone there was an English inscription stating that it should not be removed from the water. 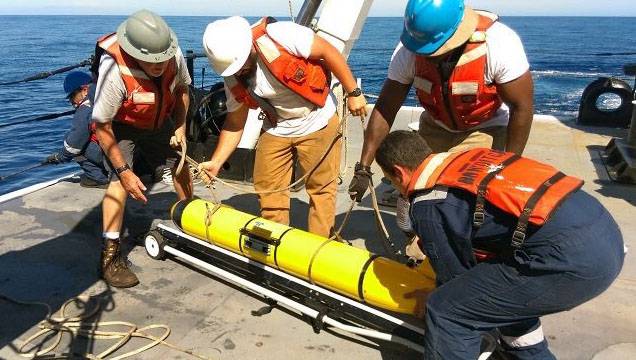 It is reported that the underwater drone was used by an oceanographic vessel. USNS Bowditch "Exclusively for peaceful purposes." The American fleet all goals are purely peaceful ...

At the same time in Washington can not yet conclude whether the Chinese actions were deliberate, or the ship intercepted the underwater drone by mistake. The US State Department protested about the actions of the Chinese Navy.