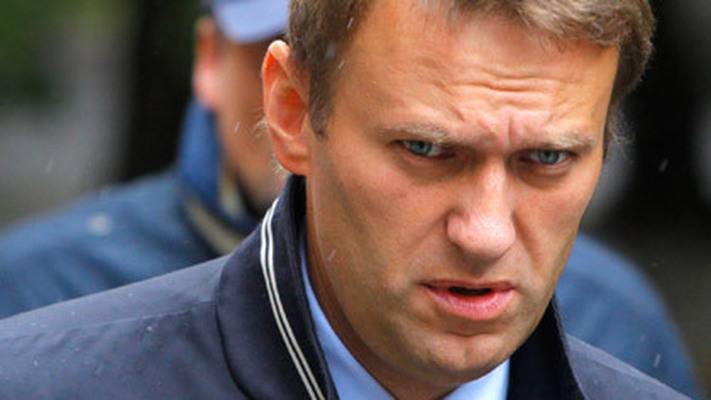 Alexey Navalny announced his participation in the 2018 presidential election of the year. The opposition considers the main obstacle for this to be “the opposition of the current government with its falsifications and propaganda machine”.

Obviously, the main point of the future electoral program will be counteracting bribery, since the main child of Navalny is the Anti-Corruption Foundation (FBK), which allegedly has made significant progress in this area. However, a detailed strategy containing specific measures to achieve the goal has not yet been presented. Instead, the voter is advertised obschina general slogans about the transparency and accountability of officials.

Of course, in the video message on his website, the “candidate” could not help but promise an increase in the minimum wage and pension payments. The source of funds from which this will be done is also not disclosed.

However, not only the election program is Navalny's weak point as a potential participant in the presidential race. As is known, the candidate who is able to assemble a team of professional managers who are specialists in various fields: healthcare, education, economics, foreign policy and others, wins the election. In the case of Navalny, there are simply no people capable of leading the relevant ministries and departments in the future. Kasparov, Kasyanov, Udaltsov, Khodorkovsky — all these figures discredited themselves by cooperating with foreign political forces or committing criminal offenses. It is noteworthy that a comrade-in-arms of Navalny, Leonid Volkov, after capturing Palmyra by terrorists, wrote on his Facebook page: “Good news that for Russia, of course, is a huge victory. ” It is not possible that such individuals, positively assessing the victories of a terrorist organization banned in Russia, will be able to adequately represent national interests in the international arena.

If we consider FBK as a valuable source of personnel, then certain difficulties arise as well, since during its existence the organization could not become anything more than Alexey Anatolyevich’s “personal office”, and its activity is limited to the periodic publication of corruption investigations solid evidence base. In addition, the Fund is an extremely closed structure with unknown sources of funding. It is unlikely that voluntary donations allow you to rent space and pay salaries to employees.

All this testifies to the political immaturity of Navalny. Since joining “big politics” in 2011, in the wake of protest sentiments, he has never been able to unite around himself a team of like-minded people - bright public figures who can win over voters.

This is the main problem of the Russian opposition. Given the widespread support of the current government from the population, it would be advisable to develop a consolidated position and stand for elections (whether parliamentary or presidential) as a single coalition. However, everyone in the opposition camp thinks he is a born leader, able to lead the country. This leads to cover games and divide the skins of an unkilled bear. The information that the leaders of the opposition are secretly trying to push each other into the shadows, although it has been announced publicly about the need for cooperation, has already been repeatedly leaked to the media. In a situation where every oppositionist first of all seeks to get the most support from abroad, including financial support, the emergence of a strong political force in place of numerous isolated groups in Russia does not seem likely.