December 19 2016
27
The world-famous journalist Charles Krauthammer believes that the West, led by the United States, is now “retreating.” The previous era of the triumph of liberal democracy did not just come to an end, but ended. Now autocrats reign in geopolitics. 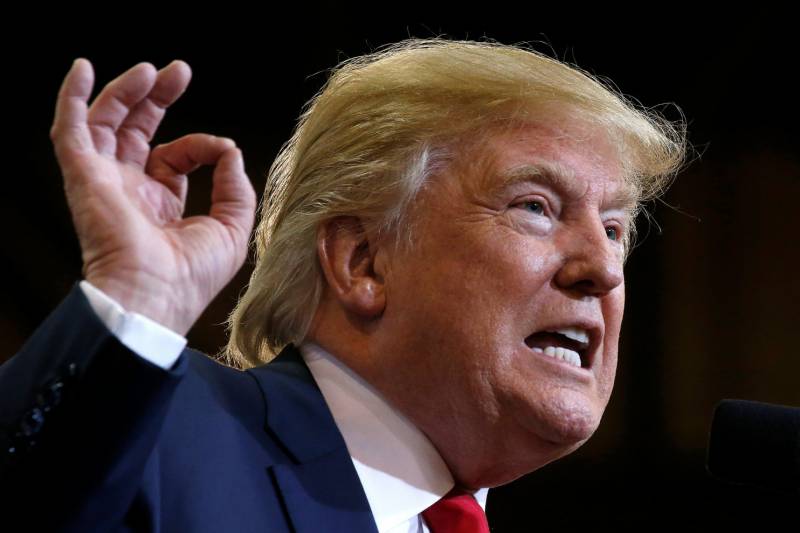 Charles Krauthammer (Charles Krauthammer) is a famous American journalist and commentator who publishes columns in four hundred different publications all over the world. Now he made a grim announcement about the end of the triumphal march of the West on the planet: the Russians are acting, and the West is scratching its tongue. This means the collapse of liberal democracy.

In an article published in «The Washington Post», Mr. Krauthammer states with conviction: the era of Western domination led by the United States is over.

Twenty-five years ago, in December 1991, “communism died, the cold war ended, and the Soviet Union disappeared,” the analyst recalls. That state catastrophe was “the largest disintegration of the empire in modern stories". Everything happened without a single shot, and in fact it was a “biblical event”. Krauthammer’s generation (he is 66 years old - O. Ch.) Didn’t think that he would personally see the collapse of the USSR.

The death of the Soviet empire marked the "final triumph of the liberal democratic idea," Krauthammer writes. The collapse of the USSR became the forerunner of the "era of Western domination" led by the United States ("the last remaining superpower in the world").

So it was for the next ten years. An “extended community of democracies” appeared, first in Eastern Europe and then in the “former Soviet colonies”. The US is so accustomed to the role of world hegemon, that when 31 in December 1999 of the year, Washington abandoned the Panama Canal, one of the most expensive geostrategic assets in the world, “no one even noticed”.

But now that era is over, I'm sure the journalist. Autocracies are back and continue to strengthen; democracy has to “keep the defense”; as for the USA, they are “retreating”.

All this can be seen in the example of one city - Aleppo. "The local tyrant," the author writes, rests "on a resurgent Russia, a strengthening Iran and hordes of Shiite militants." “Russia throws bombs; America makes statements, ”Krauthammer says ironically.

Here the analyst sees a historical moment and a “symbol of the end” of the liberal-democratic system. The West has “closed in itself” and “has gone home”, leaving an empty field for the development of authoritarian states like Russia, China and Iran. In France, the conservative parties nominated Vladimir Putin’s fans for the presidency. In several new democracies in Eastern Europe (Hungary, Bulgaria and even Poland), "authoritarian tendencies" are openly demonstrated.

There is no reason to speak of the “isolation” of Russia, which Barack Obama recently announced, that the US Secretary of State flew to bow to Putin more than once to ask for something about Syria.

The European Union, this “largest democratic club on Earth”, can break up if movements like Brexit spread across the continent.

China is becoming stronger. There are those who support this new center of power. Philippines openly joined China. Next will be Malaysia. And there the rest of the Asian allies of the United States will ripen for the Chinese turn.

According to the journalist, the West’s retreat began with the Obama administration, who abandoned the campaign in Iraq, offered a "reset" to Russia and agreed with Iran.

What will Donald Trump do? He wants to continue this "rollback" of America, although for other reasons.

Obama demanded US retreat from previous positions, because he believed that the United States was not good enough for the world and did not have the “moral right” to world hegemony. Trump will probably follow Obama's example, but he will go further, neglecting allies and avoiding conflicts. The reason will be different: Trump believes that the world is not good enough for America: he did not deserve American attention, turned out to be a “parasite”, settled under the American wing. It's time to take care of American interests - that's Trump's credo.

However, this is not a new argument. Back in 1990, the American neocons claimed that the US had come to become an “ordinary” country and abandon the burden of the 20 century, to maintain world order and promote “universal values”. It was a kind of hegemon attempt to retire.

A quarter of a century later, jihadism spread throughout the world. Washington is thinking again about vacation or retirement and can choose one thing, but there will be no rest for this pension.

Krauthammer’s very strange thesis doesn’t even seem to frighten him with his contradiction. Jihadism has spread! But who supported the mojahedin in Afghanistan? Who fought al-Qaeda (and, therefore, whose fault was the 9 / 11 attacks)? Who started the bloody and senseless slaughter in Iraq, which lasted for many years and was not at all profitable for the “liberal democracy”, but for the American military industrial complex? Who smashed bombs did not distress Libya? And who supported the "opposition" in Syria? Who ultimately spawned a terrorist monster in the territories of Iraq and Syria and partly in North Africa?

Maybe it was all done by the Russians? Or the Chinese, who conspired with the Persians?

Not. All this is the work of the West, led by the United States. And the collapse of liberal democracy, which was announced by Charles Krauthammer, is also the work of the West. The US itself dug up its grave (unless, of course, the analyst's statements about the end of the West are considered true).

A world full of Islamist terrorists really turned out to be “not very good” for the United States. That is why Trump wants to shut out from him.