About the terrible Soviet special forces

November 10 2020
110
Many familiar and unfamiliar readers of our publication ask to tell about the famous Soviet special forces. On those groups that performed combat missions, in complexity worthy of regiments or even divisions. People read Western publications. Send links to some materials. Required to give reliable information on one or another issue related to special forces in general or with individual operations in particular.


Yes, there were divisions in the GRU system whose activities were strictly classified. And they performed tasks almost anywhere in the world. Specific tasks, which sometimes knew only the first person. The officers of such units even in the family had no right to talk about the place and the specifics of the service. And the disclosure of any information about the operation entailed criminal liability. Even the names. 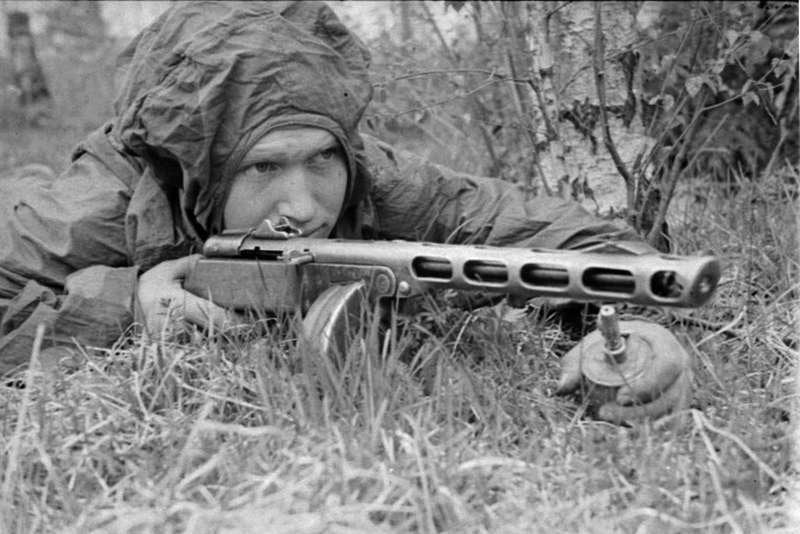 With the collapse of the USSR, a stream of our former compatriots poured over the borders of the country. Among them were former military personnel. Not to mention the multitude of journalists and other creative people who considered themselves to be experts in the military secrets of the Soviet Army. It was the symbiosis of these two categories of emigrants that gave birth to the product that you can read today. And the need to quickly receive royalties, the need of the western man in the street for "hot the news"from the" evil empire ", and the order of some state structures to create the image of the enemy, gave rise to a lot of pseudo-history materials, including about the special forces of the Soviet Army.

We will take the liberty (not without reason, however) to speak on this topic. Moreover, such materials have recently begun to appear that it is just that conscience does not allow keeping silence. From stuffing data on the NKVD from the "Memorial" to the pseudo-historical brew of Mr. Steinberg about the Soviet Special Forces.

"... the Soviet special forces in the first period of the war seemed to be inactive, but in fact by that time it practically did not exist. Part of the army saboteurs was shot, some died in Siberia. The measures planned for the German invasion were not fulfilled, the selection and no training of people for sabotage and reconnaissance actions was conducted; weapons and ammunition was not laid, the radio was not organized. As mentioned in the first essay, everything that was created before the Stalinist repressions was almost completely destroyed by the NKVD. "

The fact that for Mr. Steinberg the special forces are continuous scouts, saboteurs, simply omit, so as not to stoop to his level. But just give some numbers and mention a few documents.

Thanks to precisely precise and timely, although perhaps somewhat late reaction, the result was more than 6 000 guerrilla units, numbering about 1 a million people operating in 1941 — 1944 in the occupied territory of the USSR.

Having, we note, a connection with the mainland, supply, removal of seriously wounded.

We think that it’s not worth proving that these units acted successfully.

Judging by Steinberg, it turns out that this million people just conjured up. Trained, armed, and so on. Undoubtedly, many guerrilla groups were supplied from the battlefield in terms of weapons and ammunition. But not in such quantities, obviously. The Wehrmacht and the gendarmerie, of course, were forced to share their reserves with the partisans, but this was definitely not the primary tasks of the Germans.

Well, Steinberg’s conclusion about the actions of the Soviet special forces is simply a masterpiece:

"... due to the lack of trained commanders, hasty preparation (from three to ten days), poor selection of personnel, poor material and technical support, the vast majority of reconnaissance and sabotage groups did not fulfill their tasks, suffered large unjustified losses. The survivors in this period after one or two sabotage were forced to continue to engage only in their own survival. "

We will not comment. What can I say against it? To argue about the actions of the guerrilla units of the NKVD? Omsbon? Brigade Kovpaka? Squad "Mitya" (reconnaissance and sabotage residency number 4 / 70 Special Forces troops under the NKVD of the USSR) under the command of D. N. Medvedev? Group Nikolai Kuznetsov?

It is clear to the ottolerantnnomu man that there was nothing of this. And there were thousands of unprepared people, thrown in bundles to the rear of the enemy and there are dying without result.

Allowing myself to remind readers of the real fact of the activities of the German "Abwehr". For the operation, several groups were prepared at once (in some cases the score went to dozens). And really, the operation should have been carried out only by one. The rest were cast to create a "smoke screen". NKVD, employees of special departments and SMERSH caught them in hundreds. And they were forced to work out false information. By the way, these “saboteurs for dust” were later put on a par with truly innocent victims.

That's the other side. Counterintelligence and the fight against enemy saboteurs. For such a struggle, the militia and the police, as it were, did not fit. Another well-trained commando can best neutralize a well-trained special forces soldier.

Only the lazy of the camp of our enemies over the past 25 years has not tried to throw mud at this abbreviation. Meanwhile, it was the fighters of these structures (in the plural, because there were three SMERSH) that rather successfully neutralized all the activities of the Abwehr.

In SMERSH really took very well-trained fighters. With special pleasure - border guards and intelligence officers. That is, those who are perfectly aware of the essence of the actions of the enemy. So, could make a neutralization with the greatest efficiency.

In principle, no one has yet talked better than Vladimir Bogomolov about counterintelligence work. And, apparently, no longer tell. Not those times in the yard.

It was the counterintelligence officers who had to take upon themselves the hard work of catching and eliminating the saboteurs and spies whom the Abwehr was throwing on our side. And what can I say, SMERSH coped with this task.

But Mr. Steinberg always remembers the first task. On the creation of the terrible image of Russian special forces. And the outcome of the war itself must somehow be substantiated. Who in their right mind would believe in the victory of the weak over the strong?

"... By the end of 1943, the Central Commandos and Intelligence Courses opened at the base of the Higher School of the General Staff of the Red Army. They trained specialists of the army special forces. But here they were primarily interested in quantity and not quality, releasing 500 people every four months. The same courses were created In addition, the Central School functioned in Moscow, which trained the commanders of special forces groups and troops. So by the end of 1944, the number of reconnaissance-spies in the Red Army was at least 5-7 thousand. Yermansky Wehrmacht had only one commando regiment of "Brandenburg", numbering about two thousand soldiers and officers, successfully enough to cope with the numerous challenges on different fronts in Europe. "

Oh, what a familiar song about the small number of Germans and how we all “filled up the corpses”!

It is a pity that Mr. Steinberg did not strain himself by studying (at least superficially) on such an organization as the “Headquarters“ Valli ”.

The operational headquarters of the Abwehr, codenamed Wally, was created at the initiative of Canaris outside Warsaw in 1941. He was headed by one of the admiral's assistants, Colonel Heinz Schmalshleger.

"Valley", similar to the management of the Abwehr abroad, had three divisions: the first - intelligence, the second - sabotage and terror, the third - counterintelligence. The Valli was entrusted with the direct leadership of the Abwehr’s field agencies: the Abwehr commands for the North, Center and South forces and the Abwehr groups for the invading armies.

At the same headquarters, the well-known Warsaw Intelligence School was created, where personnel were trained to transfer to the Soviet rear.

With each group of the Wehrmacht armies, the "Valley" headquarters had two Abwehr commands, subordinate to each of the departments and bearing the corresponding numbering. Directly at the headquarters of the field and tank armies, each of the mentioned Abwehrkommandos had their own Abwehrgroups, numbering from 3 to 6.

Given that the permanent composition of one abvercom team was from 30 to 80 people, the Abwehr group numbered from 15 to 25 people, plus seconded and agents ...

In the 1942 year, in connection with the active actions of the partisans in the rear, a special counter-intelligence unit, “Sondershtab-P” (“Russia”), was created at the Valli headquarters. This institution was preparing provocateurs for the anti-fascist underground and agents for the introduction of partisans into the units.

And Mr. Steinberg is crying about the unfortunate two thousand from “Brandenburg-800” ...

We were too modest and did not remind of the German paratroopers who belonged to the structure of the Luftwaffe, but were used in reconnaissance and sabotage activities everywhere, from Belgium and Crete to the Rostov and Donetsk regions. And about the nationalist battalions.

It was on the territory of the Rostov and Donetsk regions that one of the battles between SMERSH and German specialists took place, unfortunately, which has not yet gained fame. This is the so-called "war for the wells." But we will definitely return to this episode.

If we sum up some intermediate result (namely, an intermediate one, because the continuation will follow), then we can say quite confidently: it was by 1943 that the Soviet special forces acquired the form that allowed the German colleagues to win, in all areas, starting from intelligence and sabotage activities in the rear of the enemy and ending with the capture and destruction of the enemy's agents on their territory.

Proved by the "Abwehr", OUN-UPA, "Army Krajowa", "Green Brothers" and other formations and organizations.

And these bodies and structures worked, and worked effectively. Otherwise, the result of the war would be different.

Ctrl Enter
Noticed oshЫbku Highlight text and press. Ctrl + Enter
We are
Chernobyl notebook. Part of 3Myths of the Great Patriotic. Papier mache helmet
110 comments
Information
Dear reader, to leave comments on the publication, you must to register.