Than the Russian army is able to detect the enemy

December 17 2016
9
December 15 annually in the Armed Forces of Russia celebrates the Day of the formation of radio engineering troops of the Aerospace Forces (VKS) of Russia. The date of the celebration was chosen in connection with the release of 15 on December 1951 of the decree of the Council of Ministers of the USSR "On the creation of an early warning service for aircraft of the enemy". 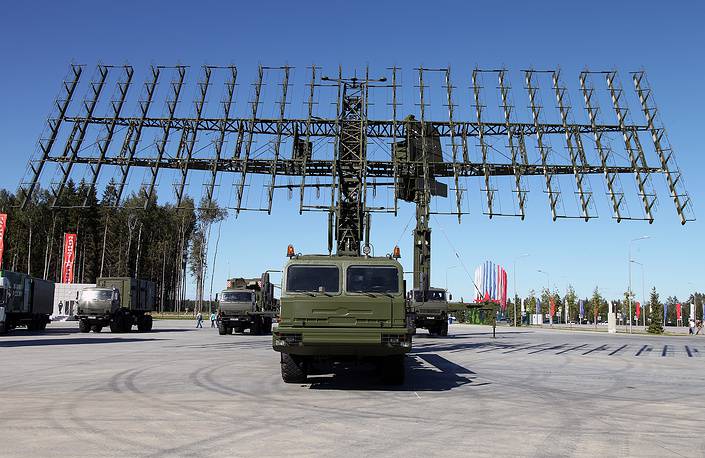 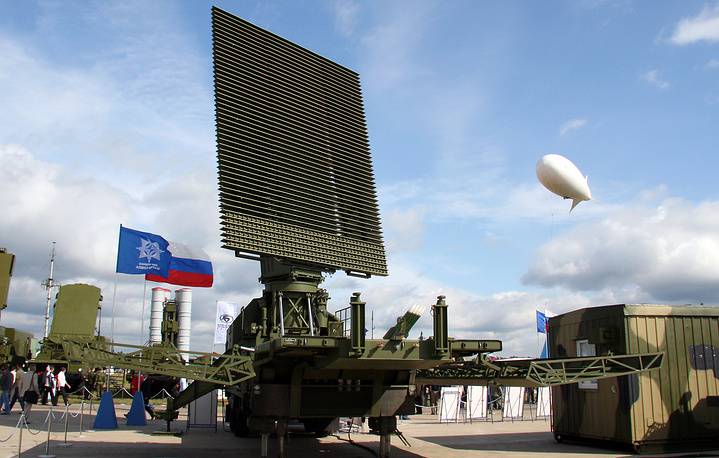 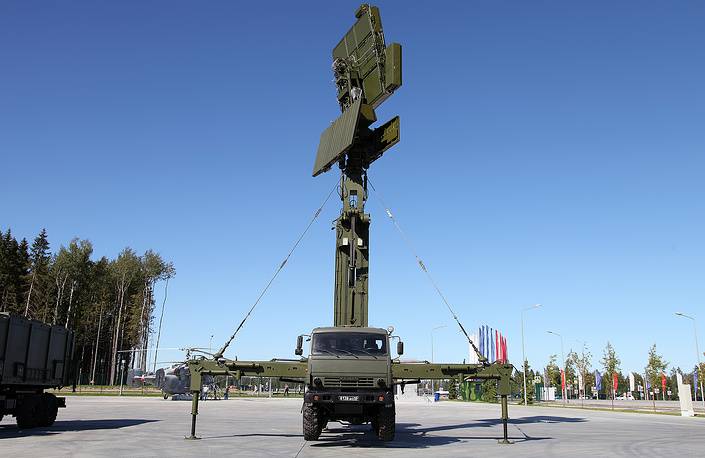 Mobile radar of low altitudes of interspecific use "Podlet-K1" 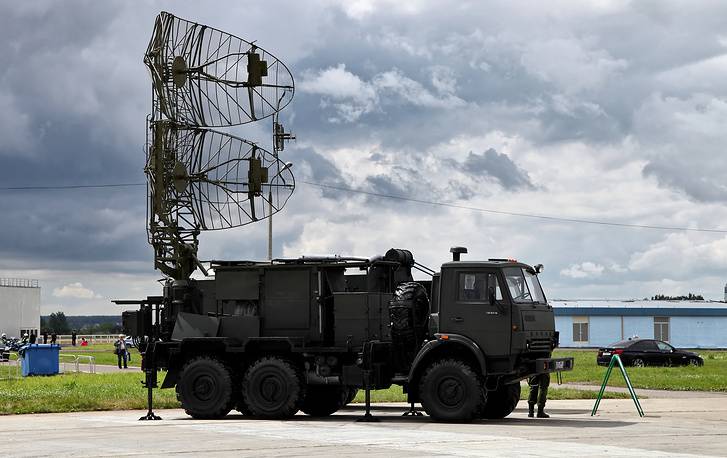 Radio-technical troops (RTV) are intended for radar-based reconnaissance of an air enemy, issuing radar information about the air situation by the VKS control authorities, as well as other types and types of troops of the Russian Armed Forces. In peacetime, PTB are on alert for air defense and carry out tasks to protect the state border of the Russian Federation in airspace.

Organizationally, the troops consist of radio engineering regiments that are part of air force and air defense units and other units subordinate to the High Command VKS. Head of PTB - Major General Andrei Coban.

The troops are equipped with modern technical means capable of detecting airborne targets at altitudes from a few meters to tens of kilometers, including:

Troops also receive a newest set of automated control tools, "Foundation-M", including in the mobile version.

In the autumn of 2016, the air force and air defense of the Western Military District received five Sky-U radar systems capable of detecting aircraft and cruise missiles at ranges up to 600 km. According to the information of the deputy head of the Russian Aerospace Forces, Lieutenant-General Viktor Gumenny, by April 2016, the share of modern weapons in the radio engineering troops was 45%. Since 2014, work has been carried out to deploy radio engineering units in the Russian part of the Arctic.

The predecessor of the radio engineering troops in the USSR was the Airborne Surveillance, Alert and Communications Service (VNOS), originally deployed in 1928 by civilian commissariats as part of the organization of the air defense system of the Soviet Union.

In 1932, the functions of the VNOS service were transferred to military units of VNOS created in the air defense forces, subordinated to the military districts commander of the Air Forces, and from 1938 to the head of the Red Army (RKKA) Air Defense Directorate.

July 11 The 1934 of the year near Leningrad (now St. Petersburg) was the first in the USSR to test the radio detection equipment of Rapid aircraft. This aerial reconnaissance station, capable of detecting aircraft at a distance of up to 3 km, became the prototype of more advanced systems that later entered into service with VNOS forces.

In the course of the Great Patriotic War 1941 – 1945, the SPT forces ensured the work of air defense weapons. The radar RUS-2 (Redut cipher), which was put into service in the 1940 year, was used to detect enemy planes and guide them to Soviet fighters. Radar stations P-1944 and P-3 ("automobile") were used from 3, capable of detecting targets at a distance of 35 km at an altitude of 1 thousand m and at a distance of about 100 km at an altitude of more than 8 thousand m.

15 on April 1946, the service of the head of VNOS of the USSR Air Defense Forces was created as part of the headquarters of the VNOS troops.

15 December 1951 of the Year The USSR Council of Ministers assigned to the military department the task of creating a reliable “warning and guidance detection service”, for which it was ordered to organize a single radar system throughout the country.

In 1952, work began on the creation of a border strip of detection and guidance along the state border of the USSR. Ground-based radar facilities in parts and formations of a fighter aviation were combined with the facilities of the airborne aerospace defense; on this basis the radio technical troops of the airborne aerospace defense were created. By the end of 1954, all VNOS visual observation posts along the Soviet state border were replaced by radar units.

In the second half of the 1950s, three kinds of troops were formed in the air defense forces: air defense aviation, anti-aircraft missile and radio engineering troops. RTV were provided with new radar, radionavigation and television means of conducting reconnaissance and support of hostilities. In 1960-x more than ten types of radar systems (radar) and ground altimeters were developed and adopted.

On May 1, RTV specialists detected the intersection of the Soviet air border southeast of Kirovabad (Tajik SSR, now Pyanj, Tajikistan) by the American reconnaissance aircraft Lockheed U-1960 (Lockheed U-2) pilot Francis Gary Powers and escorted him. up to the shooting down by air defense forces in the Sverdlovsk region (now Yekaterinburg).

On January 14, 1994, by decree of the President of the Russian Federation, Boris Yeltsin, the Federal System for Intelligence and Control of Airspace was created. It combined the radar systems and means of the Air Defense Forces, the Department of Air Transport, the Air Force and the Naval fleet Of Russia. The system was entrusted to the Commander-in-Chief of the Air Defense Forces.

According to the Ministry of Defense of the Russian Federation, the RTV military personnel performed international duty in China, North Korea, Vietnam, Egypt, Syria, Angola, Cuba, Afghanistan and a number of other countries.