December 17 2016
14
December 17 in Russia is celebrated the Day of employees of the State Courier Service. Far from all our fellow citizens know about the existence of this service, and an even smaller number of people have at least an approximate idea of ​​what couriers do and how this important state structure took shape.


This year, the State Courier Service of Russia marks exactly 220 years. 17 December 1796, the emperor of Russia Pavel I issued a decree establishing the Courier Corps. This decision was preceded by an awareness of the deep need of both the Russian authorities and the military command in the existence of a special communication system. According to the emperor, couriers were to provide courier communication between the emperor and civilian and military officials. The staff of the courier service was appointed as part of 13 by couriers and the head officer. The non-commissioned officer of the Preobrazhensky regiment Shelganin, who had been promoted to army captains on this issue, was appointed head of the feldjegeri group. 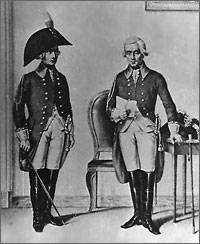 However, a year later the emperor realized that the number of the Courier Corps was too small to serve the growing needs of the empire for operational communications. Therefore, in the 1797 year, it was decided to increase the number of corps to 2 officers and 30 couriers. They were selected to serve the best - those who speak foreign languages, well-trained. As a rule, soldiers from the Cavalier Guard Regiment were recruited into the Feldjegersky Corps, and the remaining places were filled with non-commissioned officers of the Life Guards Izmailovsky, Preobrazhensky and Semenovsky Regiments. Thus, the privileged status of the courier service was initially emphasized. In 1800, the corps was increased to 4 chief officers and 80 courier attendants.

The further development of the Feldjeger Corps was characterized only by the growth of its number and the streamlining of the service. This was due to the development of the state and military government in the Russian Empire. In the middle of the 19th century, the Feldjegers Corps consisted of an 3 mouth. The duties of feldiegers included the delivery of highly important correspondence, both throughout the Russian Empire and abroad, and escorting members of the imperial family, foreign monarchs and princes. It is noteworthy that at that time the ranks of the Feldjeger Corps also had the authority to escort highly dangerous state criminals to the place where the sentence was served.

Six years of service in the corps allowed to resign with the rank of 14 class and get a position in the post office. After 9 years of service, the feldgeger could already count on dismissal with the rank of the 12 class. In 1858, the emperor forbade nobles from entering the service in the corps. At the same time, a decision was made on the organizational reorganization of the corps. In particular, the companies were eliminated, and a head was placed above the corps, which was directly subordinate to the Chief of General Staff.

The corrected railways and the telegraph made their adjustments to the development of courier communications. The need for horse carriers has decreased significantly since it became possible to send messages either by rail or by telegraph. However, some particularly important documents still needed to be passed from hand to hand. In 1891, the Courier Corps staff was approved as part of 40 officers and 20 courier rangers. All volunteers from among the honorary citizens and merchants who completed the course of the 3 educational institution accepted the service for the corps. Tight age limits were established - the candidate for service in the Coupée Corps was to be aged from 18 to 25 years. From the candidate required knowledge of a foreign language. After a six-month probationary period, the candidate was enlisted in the position of junior courier. In the senior couriers, produced after a year of service, after which the rights of candidates for the class position were granted. The officer of the corps could be a courier who served for at least four years. There was another very important rule - the officer of the Courier Corps could not be transferred to the army as a military officer. 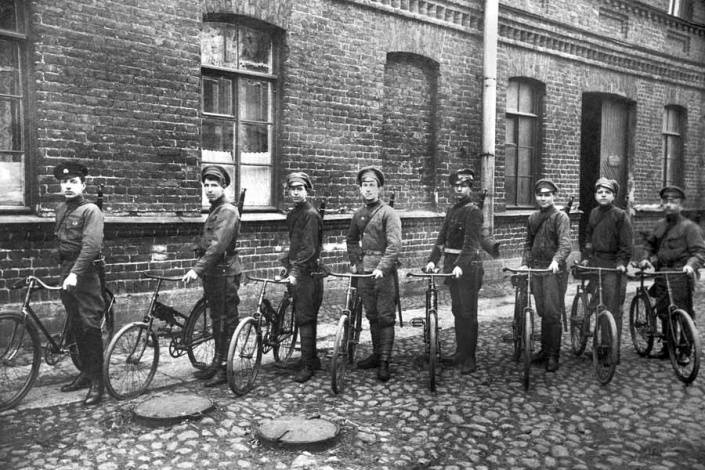 Significant changes in the organizational structure of courier service occurred after the October Revolution. Despite the desire to "destroy the entire old world to the ground, and then ...", the Bolsheviks soon faced the need to ensure communication between the government, the party leadership, the Red Army units. Since the structure that made this connection already existed before, it only remained to recreate it in a new form. 2 May 1918 was created by the External Communication Service under the Office of the Command Staff of the All-Russian General Staff. The posts of feldjegers appeared in the Red Army - at the headquarters of the fronts and armies. The instructions of the Soviet leadership were carried out by a special military team of scooters at the Administration of the Council of People’s Commissars, which existed from November 1917 to December 1920. Cyclists moved on bicycles and delivered important orders, carrying out communication between various Soviet institutions.

6 August 1921, a special Courier section was created under the Cheka of the RSFSR. She was subordinate to the Administration of the affairs of the VChK of the RSFSR. In 1922, the Feldjegers part was reorganized into the Feldjegers Corps at the Administration of the Cheka. The Soviet coulters, as well as their predecessors from the Russian Empire’s Courier Corps, were tasked with delivering important documents and cargoes of the Soviet governing bodies - SNK, Central Committee of the CPSU (B), VTsIK, NKVD, NKID, People’s Commissariat of Defense. In September, 1924, all services performing the delivery of secret correspondence and valuable cargo were merged into the Corps of Guards, which was part of the GPU, OGPU, NKVD of the USSR.

By the way, it is in 1920-e - 1930-e. the number of employees of the courier service reached a maximum - during that period, about 20-30 thousands of courier dealers and other service employees served in the Soviet Union. This was due to the complex political situation in the world and the need of the Soviet country in seriously protecting the transported secret documents from attempts by the agents to capture enemy intelligence services and other anti-Soviet elements.

However, in 1939, a new reorganization followed. The Soviet leadership came to the conclusion that it was necessary to separate courier communication and special communication. The competence of the courier communication department of the NKVD of the USSR remained the delivery of correspondence of the Soviet and party leadership to republican and regional centers. Delivery of correspondence of a less important nature, as well as valuable cargo, was transferred to the special communication service, which was reassigned to the USSR Commissariat of Communications. As for the transportation of money and valuables, it was transferred to the jurisdiction of the special collection service of the State Bank of the USSR. Thus, the final formation of the courier service took place approximately in the form in which it was preserved up to the present. 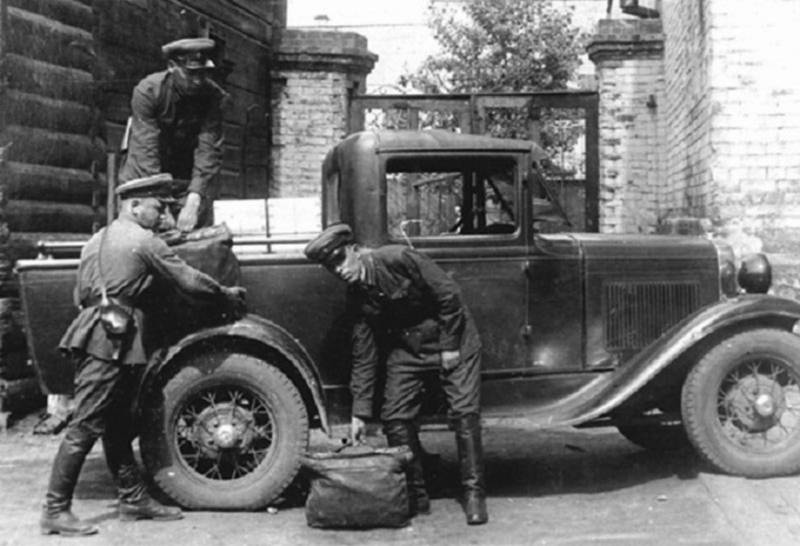 Courier service valiantly performed their duties during the Great Patriotic War. Service employees delivered mail to the front line, risking their lives. A number of employees during the Second World War died in the line of duty.

After the USSR Ministry of Internal Affairs was established in 1947, the courier service remained in its structure. However, in 1968, the courier service was again reassigned - this time the Courier Communication Office was incorporated into the USSR Ministry of Communications. Nevertheless, officers and sergeants of courier communication were listed in the personnel of the internal affairs bodies, only were seconded to the Ministry of Communications. Therefore, they carried special ranks of internal service - as were employees of several departments of internal affairs. The service was still charged with the delivery of the most important correspondence of the Soviet state and party leadership, both within the country and to the socialist countries. 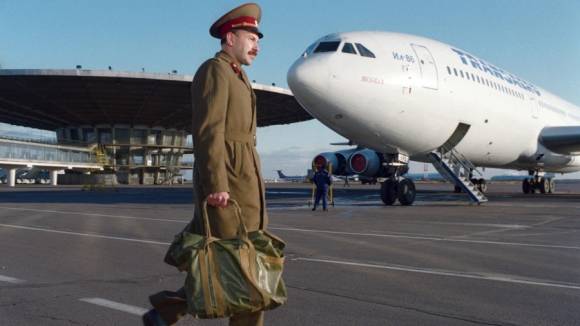 Three categories of employees work in the State Courier Service of the Russian Federation. Firstly, this is actually “courier” - the commanding staff, consisting in the personnel of the internal affairs bodies and having special ranks of internal service. They constitute the main core of the State Courier Service staff. Corresponding requirements are imposed on the commanding staff regarding the level of education, health, physical fitness, moral and psychological qualities. This category of employees is engaged in the delivery of correspondence. Secondly, these are civil servants, and thirdly - workers. The last two categories do not carry special ranks of internal service and the requirements for them are much less stringent than for the first category of employees. 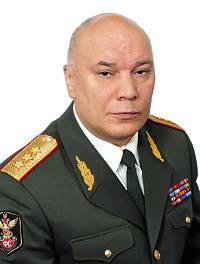 Russian couriers are recruited almost exclusively from people who previously served in the Armed Forces of the Russian Federation, in the bodies of the Ministry of Internal Affairs and the Federal Security Service, in other security agencies. Experience serving in the army or in another power structure is a mandatory requirement for future employees. Candidates for couriers are undergoing a serious test, as they will have to work with documents that constitute state secrets. Employees who are hired are recruited through the personnel of the Ministry of Internal Affairs of Russia, but are considered to be seconded to the State Courier Service. Serious demands are placed on the physical and combat training of certified employees of the State Courier Service - after all, courier guides have to deal with top-secret correspondence, which they must be able to protect in all possible ways. Service staffs regularly train, improving their physical fitness, shoot at the shooting range, hone the methods of struggle. By the way, the feldzhegery self-defense technique without weapons It has its own specifics - the courier should not allow the briefcase with documents to fall out of the hands, therefore, emphasis is placed on the technique of working with the feet, with one hand. From the specifics of the job depends on how the composition of his perform courage. In some cases, one courier will be enough to deliver the correspondence; in others, two employees or even a whole group work.

Employees of courier communications are not trained by any educational institution in the country, given the small number of this service. Therefore, Russian paramedics are trained at special training centers of the service itself. Despite the fact that the initial position in the service is the post of officer of the courier communication, there may be an officer with the rank of sergeant of internal service. But then he, most likely, will still rise in rank to an officer. In recent years, the staff of the courier service has become much younger; now, according to publications in open sources, the average age of employees is 25-30 years. 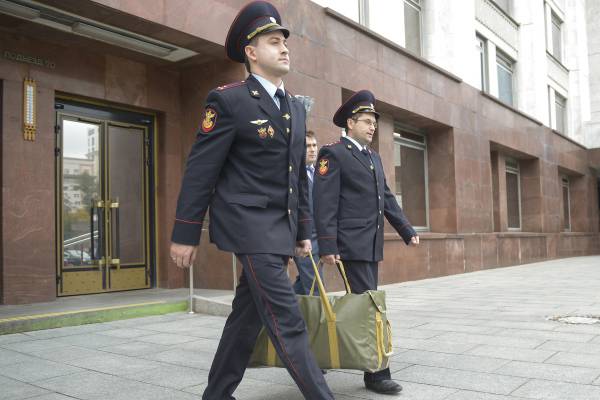 Couriers carrying valuable information are armed and obliged to offer armed resistance when attempting to seize correspondence. Therefore, they must be well wielded with weapons, keep cool and self-control in any critical situation. But, история The modern courier service, at least in its open part, knows few cases when courier attendants really had to use weapons.

One of the most well-known cases of the use of weapons by couriers has occurred in the Soviet Union in the 1983 year. According to the instructions, couriers do not have the right to intervene in any third-party conflicts and disassembly - their goal is to deliver the correspondence safe and sound, and not, say, to prevent crime. But 5 July, 1983, two couriers, flying in a plane from Moscow to Tallinn, still neglected this rule. Junior lieutenants Alexander Raschesov and Vladimir Zubovich defused two criminals who tried to seize the plane and its passengers and hijack it abroad.

"Military Review" congratulates all employees and veterans of the State Courier Service of Russia on their professional holiday. He wishes health, calm and successful service and, of course, no loss.