December 21 2016
46
Amazing things happen sometimes in the world of military technology. A small country makes a contribution to its development, incomparable with its size. Here is the Czech Republic too ... A country in the center of Europe, but very small. And nevertheless, rifles were created by its designers-gunsmiths, and pistols, and cannons, and which ones ... The entire Austro-Hungarian army and navy were armed with Skoda guns and which ones - up to a caliber of 420-mm, and mortars did up to 500 mm. And in the interval between the two world wars, the Czech Republic not only became a member of the world tank club, but also took a very decent and worthy place in it. So worthy that its products tank factories did not disdain the German Wehrmacht, and she fought until 1945. Well, on the eve of World War II, it was Czechoslovakia that was the most important exporter of tanks in Europe. After all, tanks belonging to the Skoda and CKD firms went to Austria and Bulgaria, were supplied to Hungary, Romania, Sweden, Switzerland, Turkey and even to Iran and Peru. And yes, indeed, these firms were able to organize the release of two samples, which left a noticeable mark among all other machines of the same class and era - that is, the LT-35 and LT-38 tanks. But this is not enough. When Germany occupied Czechoslovakia, these vehicles continued to be produced under the German designations Pz-Kpfw. 35 (t) and Pz-Kpfw. 38 (t), or 35 and 38 (t), where “t” meant “Czech”. A large number of these tanks were also transferred and sold to satellites in Germany, or were used as the basis for completely new vehicles. 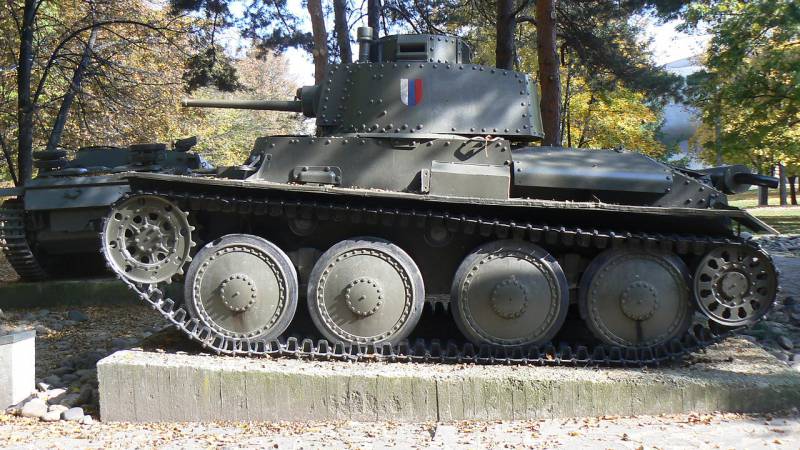 Well, the story about these two tanks should be started with a reminder that in Czechoslovakia during the 30-i period two companies were engaged in the release of armored vehicles: ČKD and Skoda. The Škoda company in 1859 was founded by Emil Ritter von Skoda - hence its name. Factories of this company were located in Pilsen, and production weapons It was launched in 1890. The Škoda cannons at the end of World War I were supplied to many countries of the world. Then the company acquired automobile plants "Laurin and Clement" and at "Skoda" they thought not only about the production of cars, but also about armored vehicles. Although the matter was complicated by the fact that a company already existed in the country that produced armored cars - the Tatra. Another reason is the success of competitors from the company ČKD, whose plants were located in Prague. However, the company ČKD Armed never was, although it produced army trucks and even tracked artillery tractors. That is why, when the military began to select a manufacturer for the Cardin-Lloyd wedges purchased in England, their choice fell precisely to CKD, because it had already produced cars on tracks. True, tankettes, issued under the designation vz.33 (Р — 1), did not hold out for long in production. All we did was 70 machines and in 1933 I stopped there. 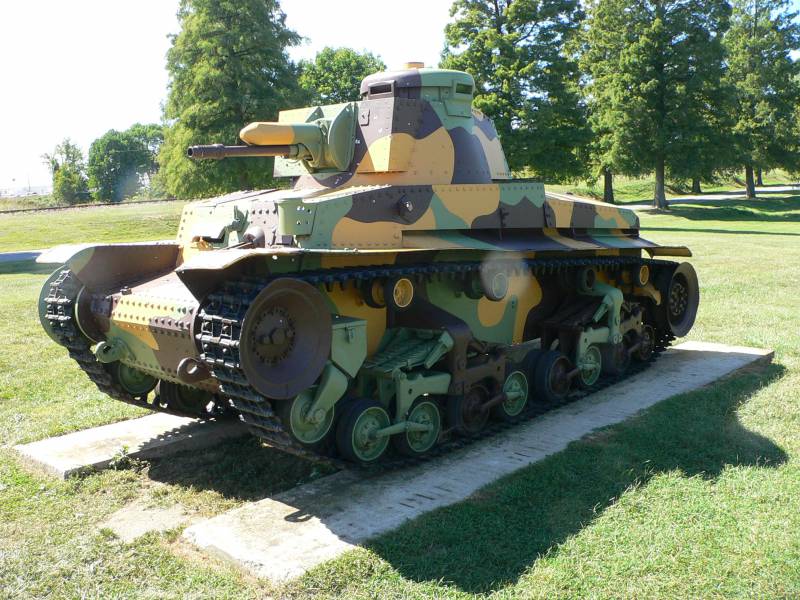 However, it turned out to be a profitable business for the company to produce combat vehicles, and in 1934, CKD, on its own initiative, offered the army a light tank of its own design with weapons from the Skoda 37-mm cannon and two machine guns. The tank was adopted under the designation LT.vz.34 (light tank of the 34 model), and was produced in the number of 50 machines.

Skoda, of course, did not want to give in to the competitor, because it also had some experience in these matters - two self-propelled self-propelled guns built for the needs of anti-tank and anti-aircraft defense. In the same year she proposed the military and the medium tank SU, but they rejected it. By the way, one of the reasons was that CKD immediately displayed an improved sample of LT.vz.34.

Skoda responded with an S-N tank (S is Skoda, II is a light tank, and a cavalry model), and the military liked it more than the CKD tank. At first, both tanks in the form of wooden models of the company were presented to the commission in October 1934, S — II — and received approval, in June 1935, its prototype went to the tests. Well, as soon as the tests were completed, in October 1935, the company was given an order immediately for this type of 160 tanks. So CKD lost its monopoly on the production of tanks in Czechoslovakia. Well, the S — II — a, which was given the designation LT-35, was produced not only for the needs of its own country, but also exported abroad. Then Škoda proposed a model of the S-III medium tank, and a number of successive modifications - T-21, T-22 and T-23.
Interestingly, the competition did not prevent firms from agreeing on joint production of the new LT-35 tank, and the number of machines ordered was distributed almost equally.

Nevertheless, CKD continued to work on new tanks, which resulted in the wedge AH-IV and light tank TNH. AH-IV was mainly interested in customers abroad, while TNH attracted the Czechoslovak military. Tests of the car went well, July 1 1938, the tank was put into service under the symbol LT-38. In total, 150 ordered such tanks, with the first 20 required by the end of 1938, and all other 130 - in 1939, by the end of May. Moreover, the company also had to master the medium tank V-8-H or ST-39, which should have been released in the number of 300 machines. They didn’t manage to make it, it ended up at the level of the prototype, since Czechoslovakia was annexed. But so far this has not happened LT-35 and LT-38, and besides them, their numerous modifications, and various intermediate samples began to be exported abroad. Immediately, two types of tanks were ordered by Romania: CKD AH-IV * (* Romanian designation R - 1) and Skoda LT-35 - R-2. And the Romanians needed 126 tanks, some of which made the Skoda, and some were made directly in Romania under an acquired license. In 1942, Romania acquired 26 35 (t) tanks, but already from Germany. The following 50 tanks 38 (t) were delivered to them by the Germans in March 1943, because they lost a lot of tanks near Stalingrad. The Romanians converted the 21 tank into self-propelled guns with captured guns F - 22 SPM and ZIS-Z. Until June, 1944 was made around 20 of these installations, called TASAM R-2. At the beginning of 1940, the Romanians wanted to buy X-NUMX T-200 tanks from Skoda, but this contract was never signed. 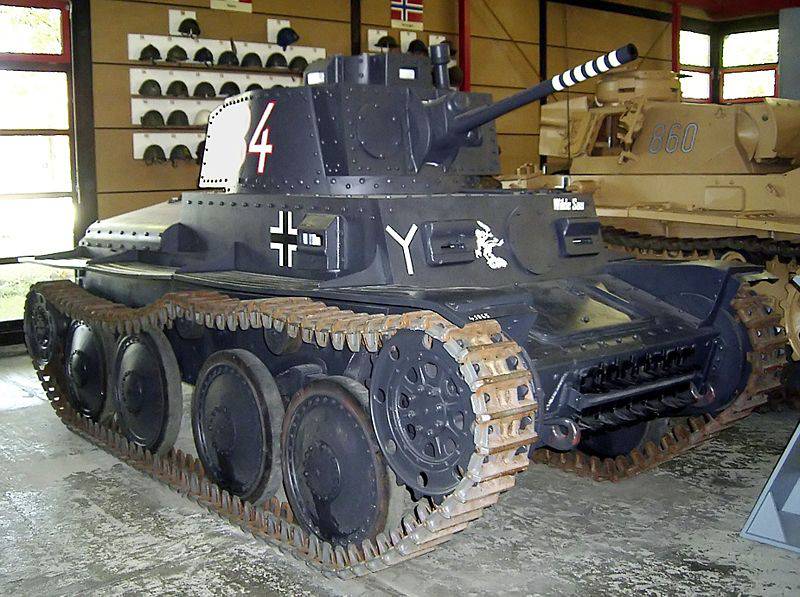 German PzKpfw.38 (t) Ausf.A in the exposition of the tank museum in Munster.

Then the Czech tanks received ... Slovakia. Prior to the Munich Agreement, the 3 “fast division” of the Czechoslovak army was stationed here, armed with which were 79 LT-35 tanks. Now, on its basis, national Slovak armored units were created. Then Slovakia bought from the Germans an additional 32 tank 38 (t), and the 21 tank LT-40 (lightweight, "export" version, prepared to be sent to Lithuania) to the Slovaks was transferred as military aid.

On 22 June 1941, the army of Slovakia included X-NUMX tanks LT-114, LT-35 and LT-38. The heavy losses in the tanks on the Soviet-German front forced the Slovaks to purchase from the German side still 40 tanks manufactured by CKD, and, of course, the tanks were directly German-made. 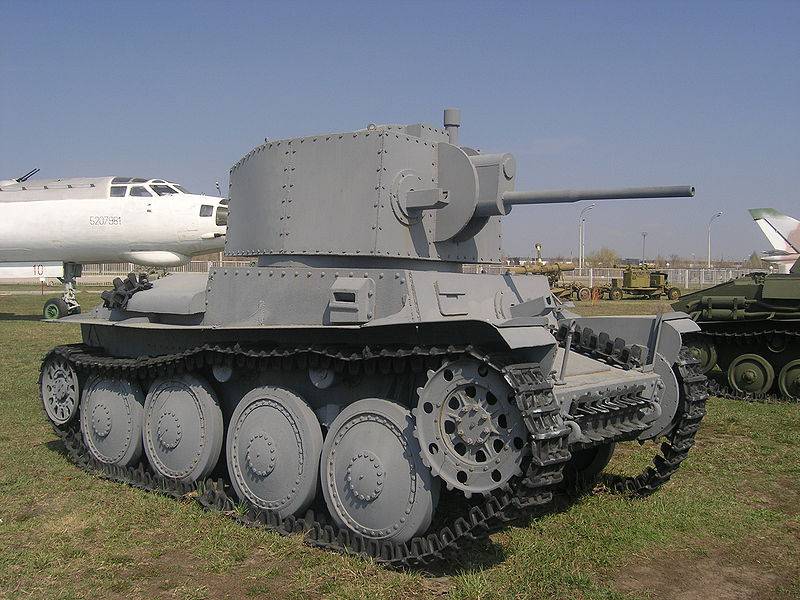 German PzKpfw.38 (t) in the museum in Togliatti. As they say, feel the difference. Well ... well, at least something done!

Many tanks were put in very remote and, one might even say, in exotic countries. For example, in 1935, the TNH 50 tanks went to Iran, and at the end of 1938, the 24 LT-38 (one of the LTP modifications) was bought by the Republic of Peru. For Iran, all these tanks were of such significant value that they were in service with his army up to the 1957 year! But Peruvian tanks carried the service much longer: two such tanks participated in certain events of 1988, well, obviously, some kind of regular local pronunciamento. These LTPs differed from the actual Czech tanks in weapons similar to LT-35.

The LTL 21 tank, armed with a 20-mm Oerlikon automatic cannon, was to be exported to Lithuania. They did not reach the Lithuanians, and then they were equipped with 37-mm cannons, and they turned into the very same LT-40 tanks that the Germans then decided to sell to allied Slovakia. And the same tank, but the LTH brand and with the gun "Oerlikon" was delivered to Switzerland (24 machines), where it was designated as Pz.39.

Finally on the 92 tank TNH SV with delivery in 1939 — 40. made an order Sweden. It is clear that with the start of the war the contract was broken, but the Germans did not dare to quarrel with neutral Swedes and the two prototype tanks, together with the license for their release, were nevertheless transferred to Sweden. And the Swedes created on their basis an impressive tank fleet, separate tanks from which they served until ... 1970 of the year! 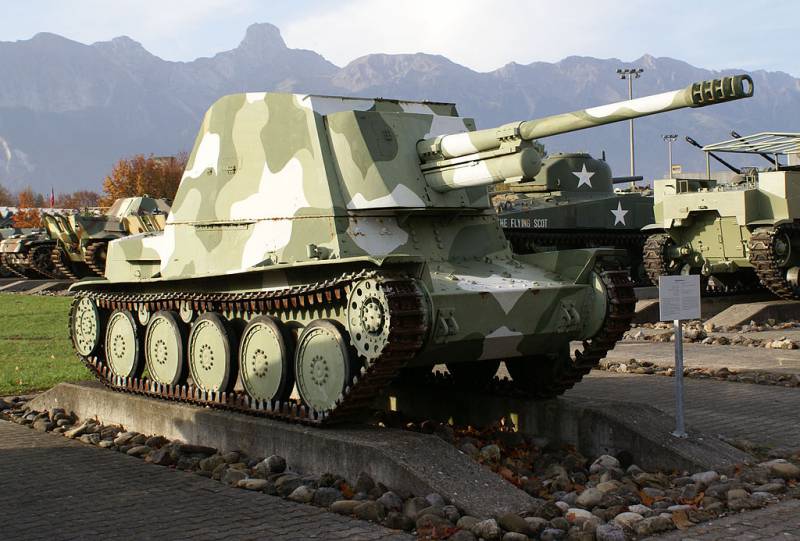 Another country in the East that ordered Czech tanks in 1938 for the year was Afghanistan, which needed 10 Shkodov tanks. It is clear that these tanks did not get there, but they got ... to Bulgaria, which received 26 LT-35 in 1940, and wished to order more. Here she was "Afghan" tanks and gave. These LT-35 were distinguished by the fact that they were equipped with an X-NUMX-mm A-37 cannon, which was armed with LT-8 tanks. And in Bulgaria, they served for so long that in 38, the company Skoda supplied spare parts for them from the old stock. 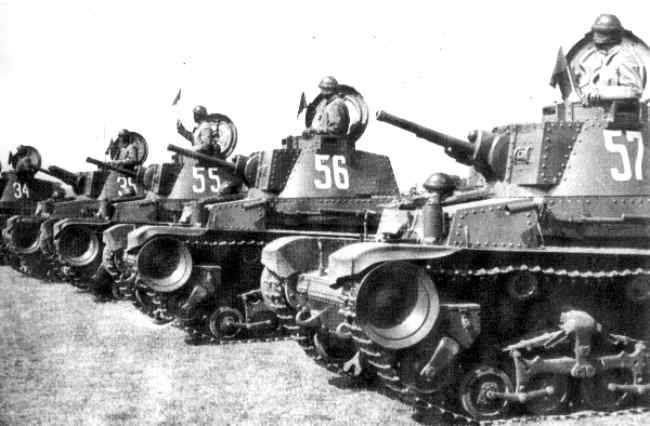 Yugoslavia ordered a prototype of the T-12-S-II-A tank, but only with a diesel engine and a 47-mm caliber cannon. The Yugoslavs counted on 120 such tanks, but the war destroyed this plan.