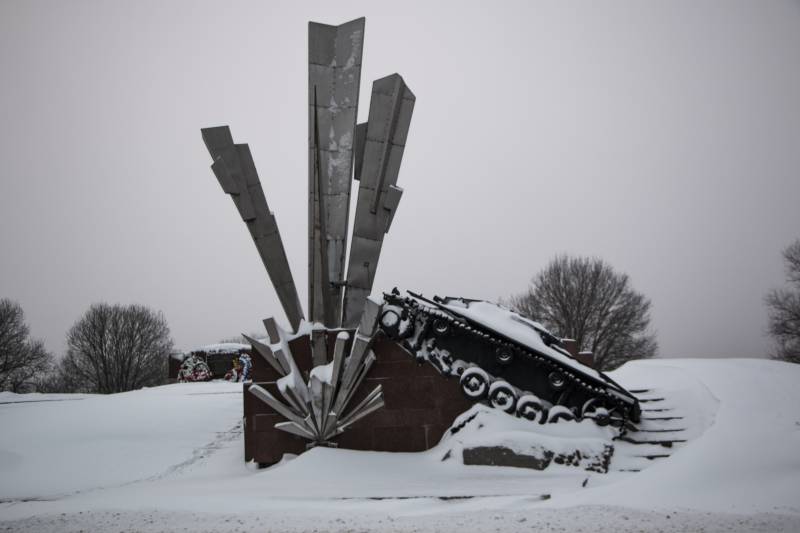 Morning of the Hero of the Fatherland Day, 144 kilometer of Volokolamsk highway. The monument, which is called the “explosion” on the Internet, because it symbolizes a German self-propelled gun exploded on a mine. The place of yet another unprecedented feat of the fighters of the division of Panfilov, unfortunately, remained in some shadow of Dubosekov. 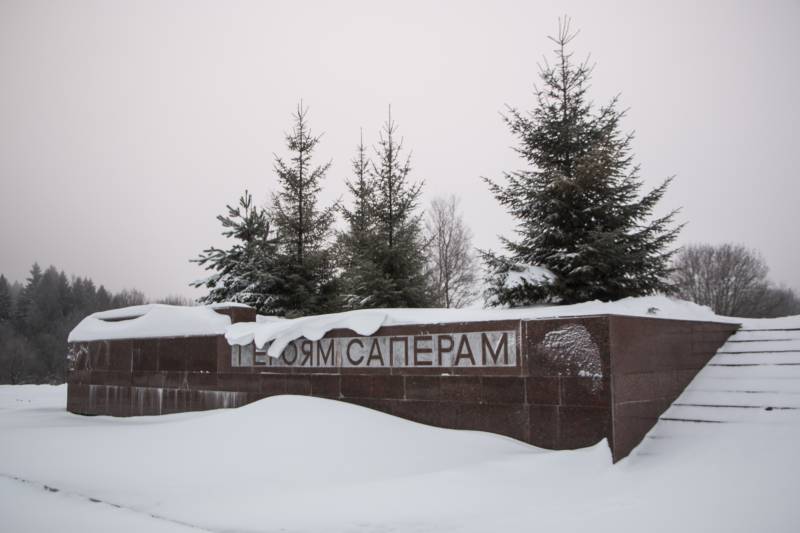 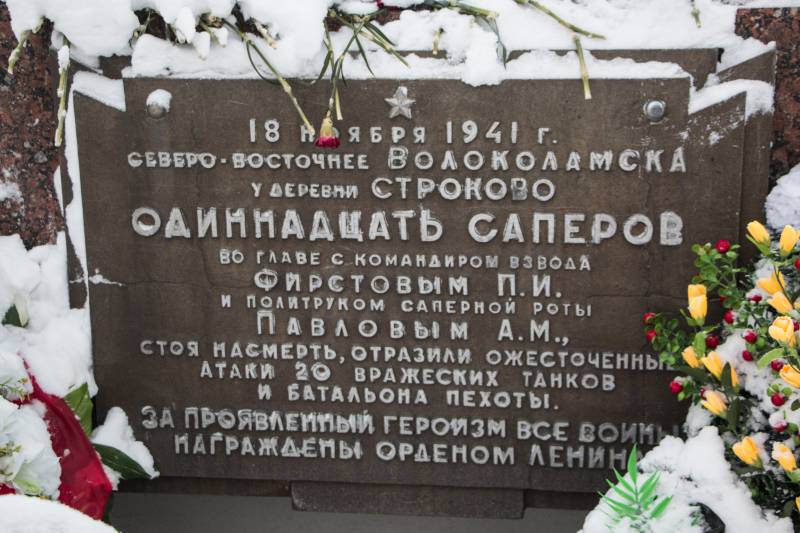 Our story is dedicated to the heroes of General Panfilov's 316 Division. Only it will not be about the 28 fighters, but about the 11-sappers of the 1077 regiment under the command of Lieutenant Firstov.

11 sappers in November 1941 were able to delay for five hours the advance to Moscow of two dozen German tanks and hundreds of Nazi soldiers. What gave their regiment the opportunity to retreat to reserve positions and continue the battle.

The regiment’s withdrawal was to be provided by three cover groups. In the central direction to cover the waste was entrusted to a platoon of sappers Junior Lieutenant Peter Firstov. Apparently, the 11 man is all that remains of the platoon at that time.

Photographs of fighters have reached our time. Let not all, but reached. 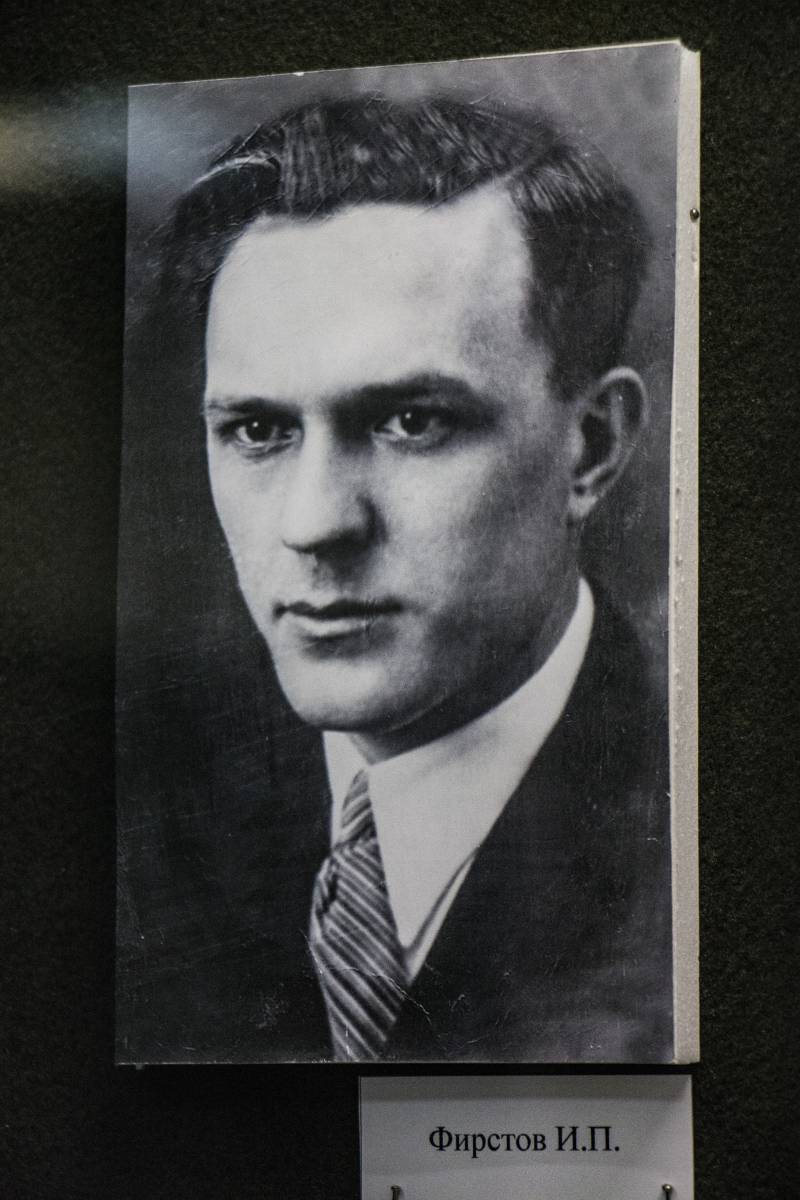 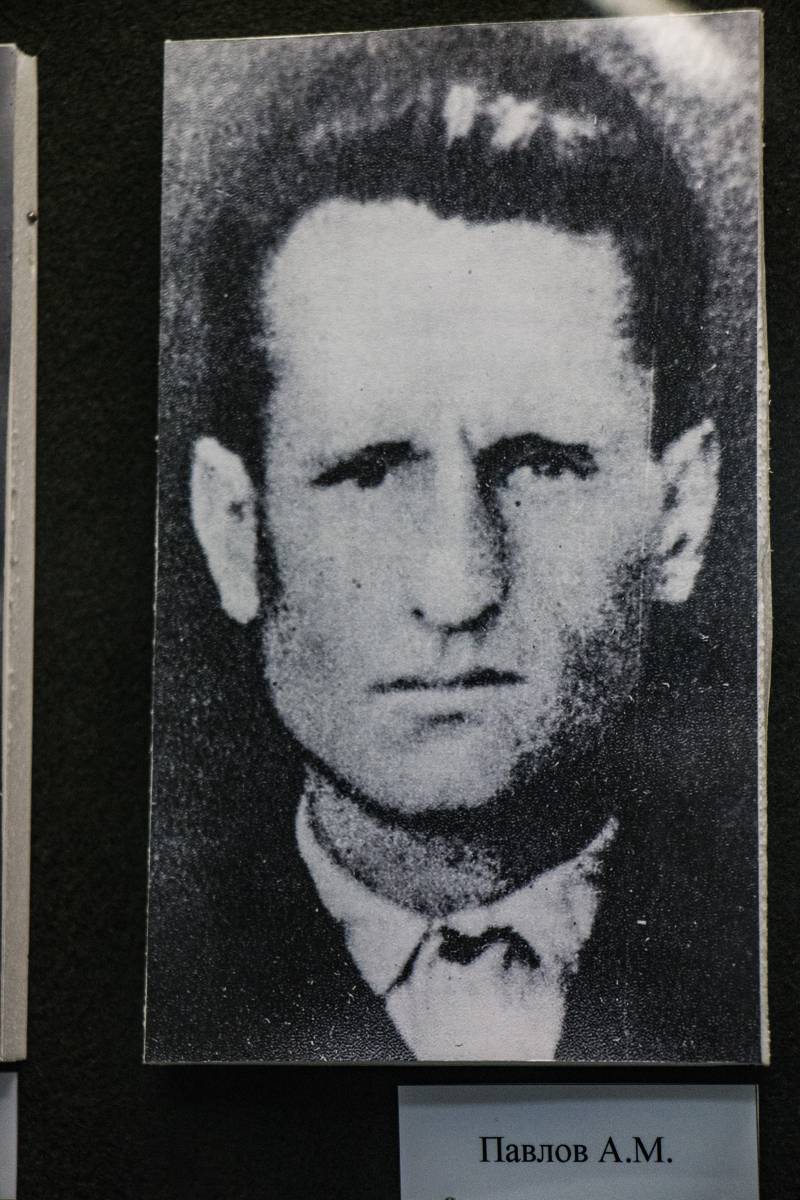 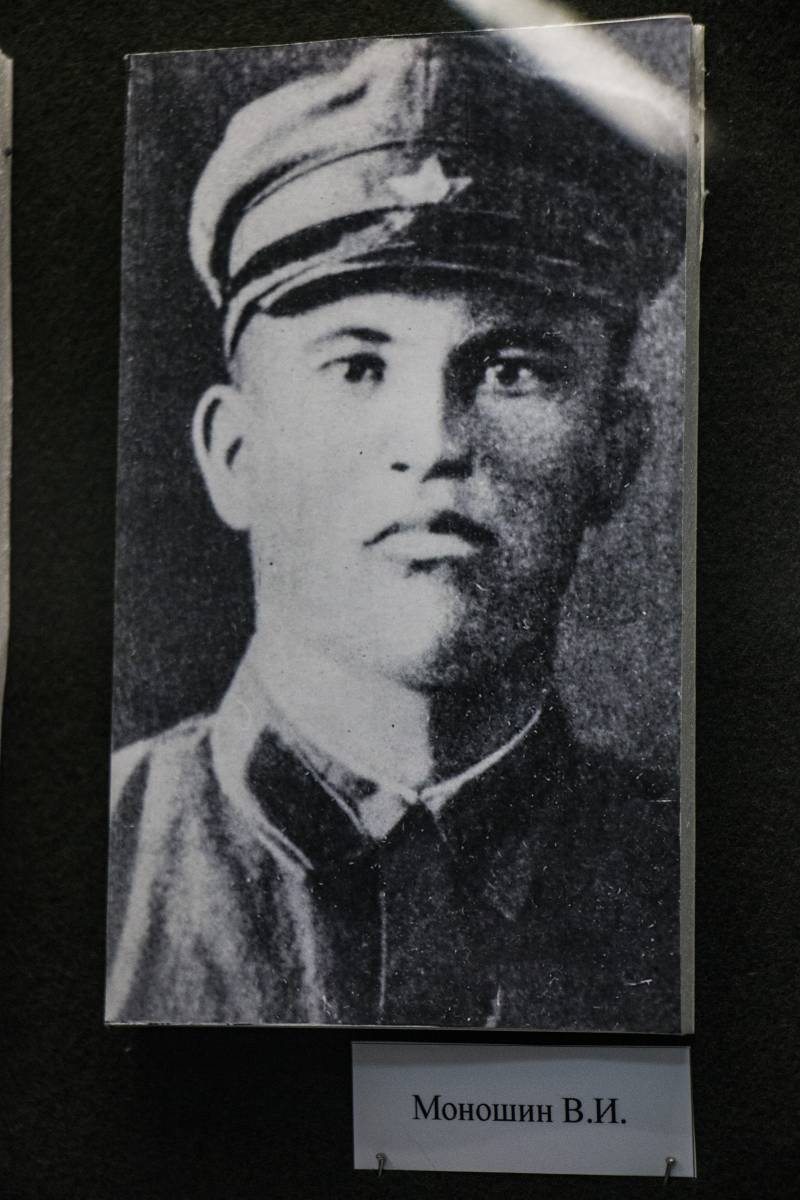 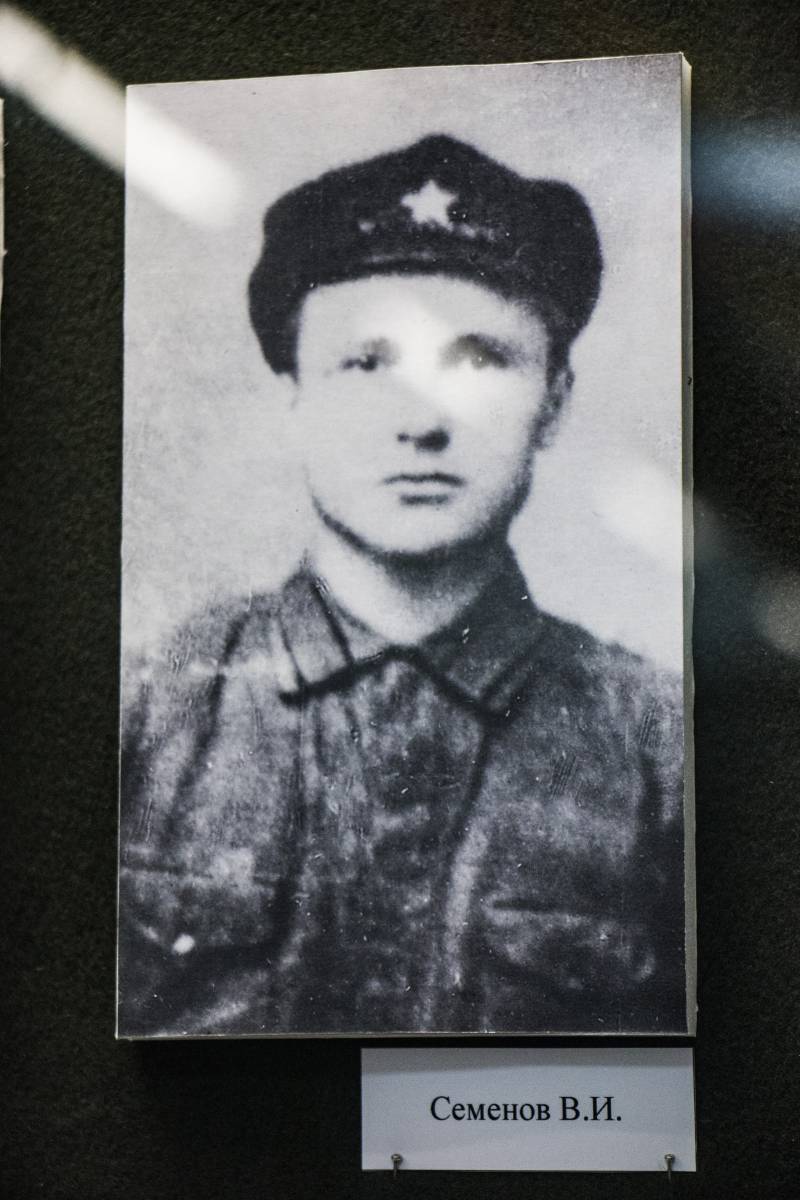 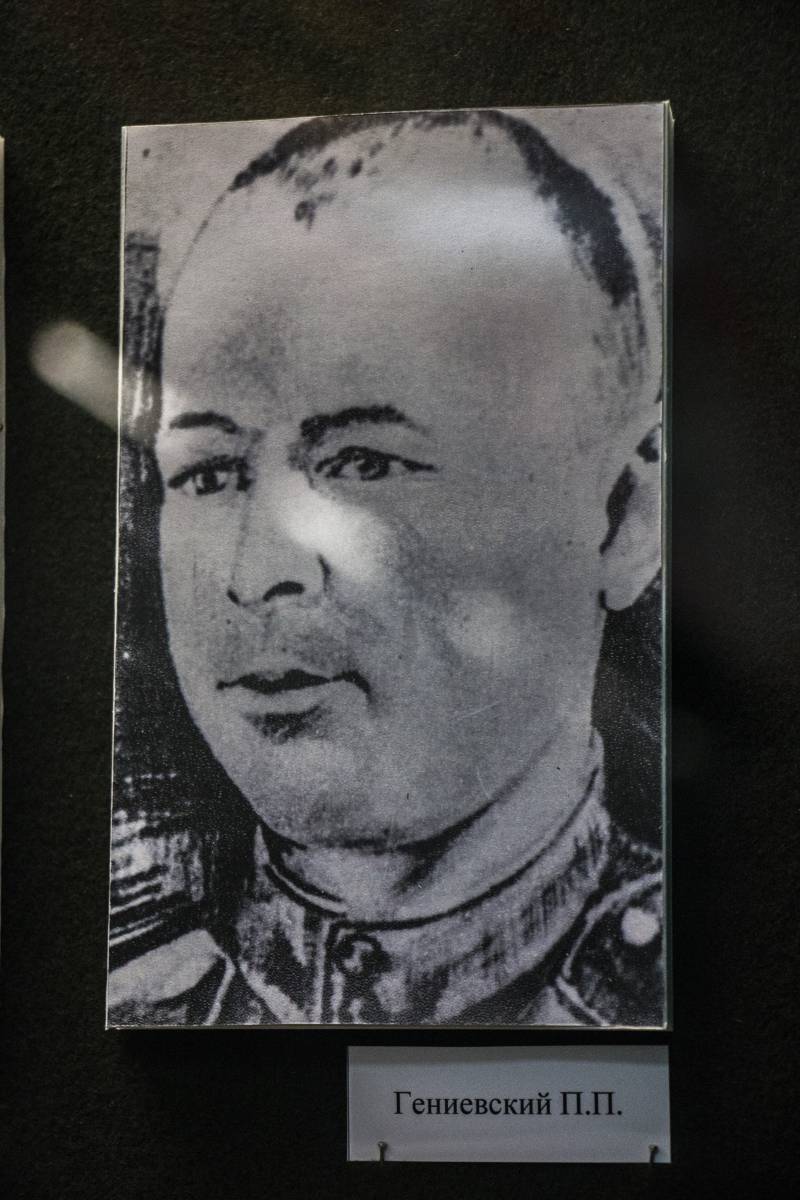 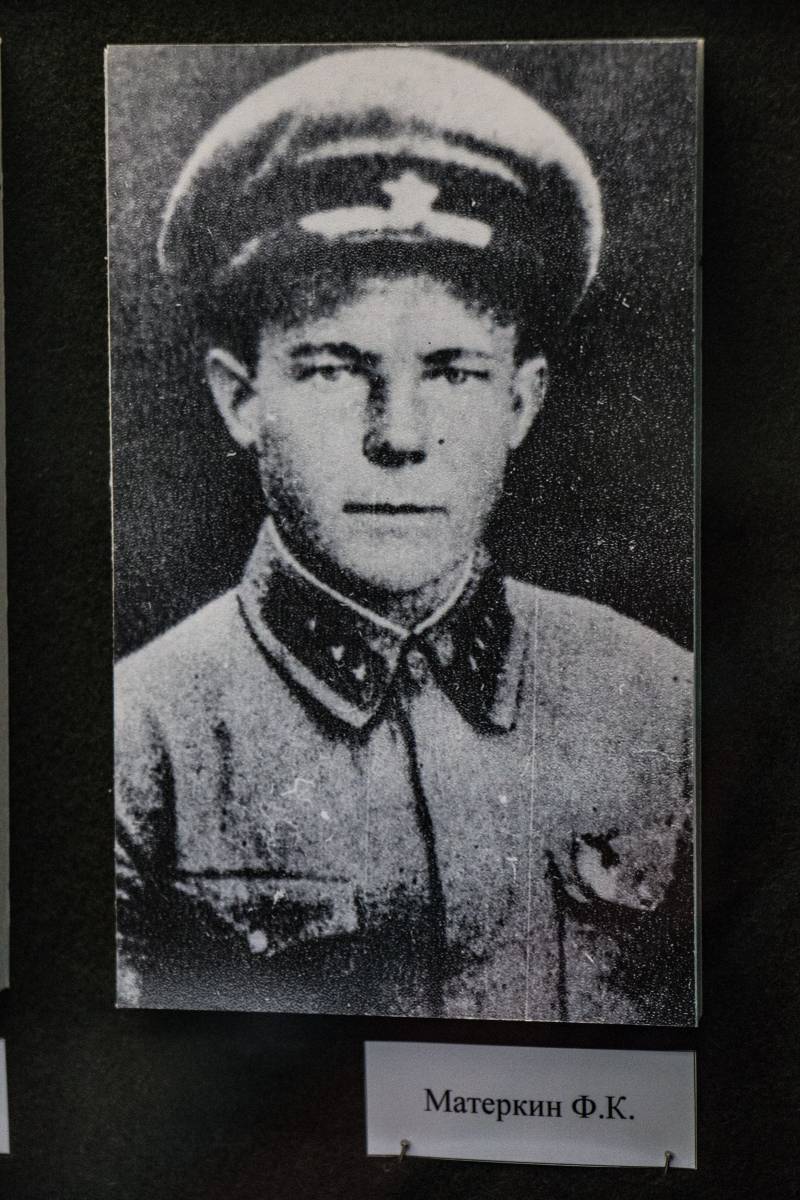 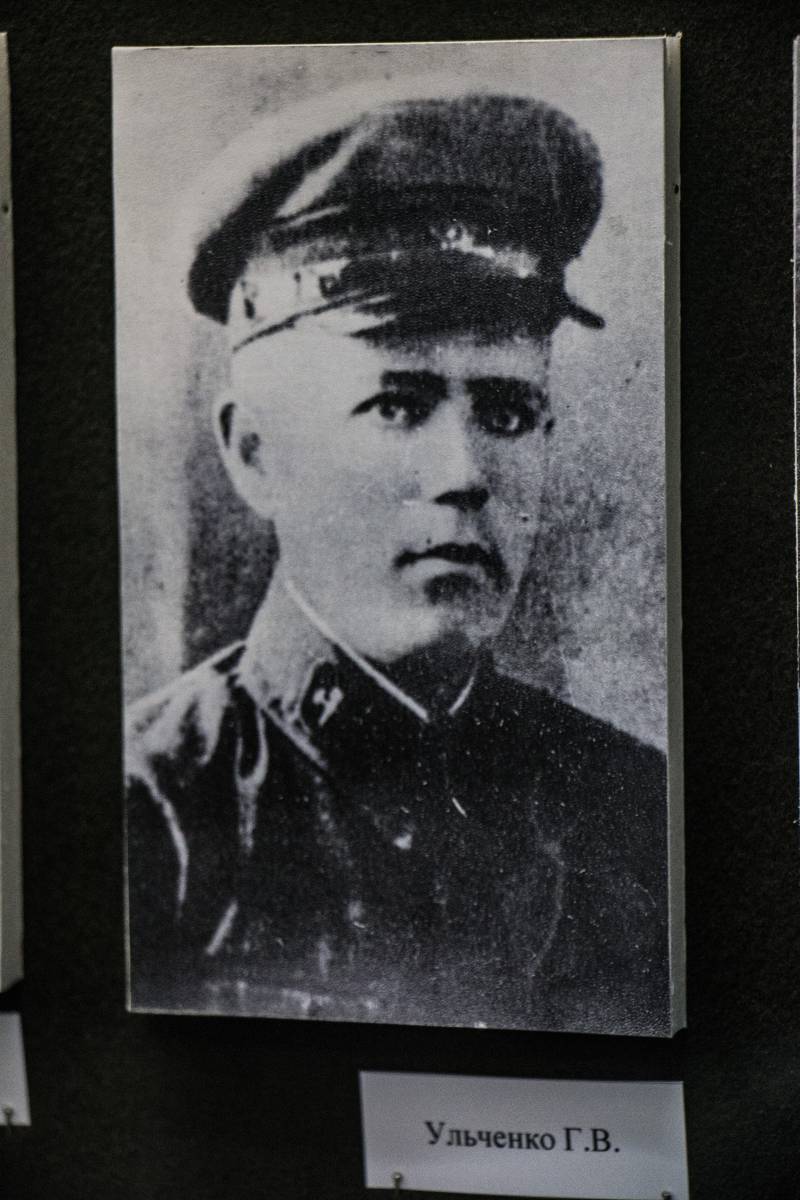 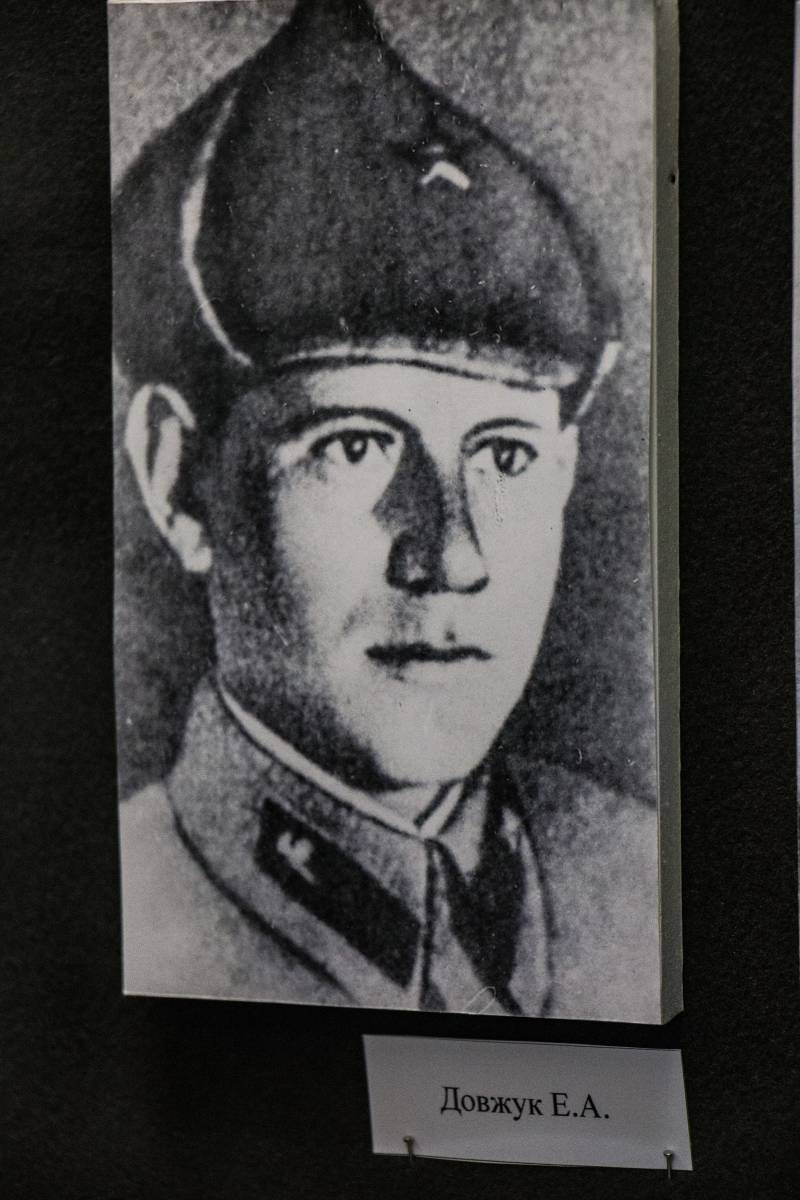 There was no heavy anti-tank weapon at their disposal - only mines, grenades and bottles with a combustible mixture. And the combat task: to restrain the onslaught as long as possible so that the regiment could prepare for the defense of the new frontier.

At about 10 in the morning of 18 in November of 1941, the Nazis with a total of two dozen tanks moved up to the position of soldiers of the first lieutenant Firstov.

The battle of a dozen Red Army soldiers against an enemy battalion stretched out for five hours. During this time, the soldiers of Lieutenant Firstov killed and wounded dozens of Germans, burned two tanks and five more seriously injured.

The last onslaught of the Germans was met by three: Lieutenant Firstov and Red Army men Semenov and Genievsky. The rest by that time were either killed or seriously injured.

About three o'clock in the afternoon, the Nazis captured the position of sappers near the village of Strokovo.

Eleven people. Without anti-tank guns and guns. Without the support of artillery. Five hours.

Five hours of life for a battered 1077 regiment. Five hours to move to spare positions, prepare to repel new attacks.

The fate of the sappers of Lieutenant Firstov in November 1941 of the year in the 1077 regiment was never known. It was clear only one thing - they completed the assigned combat task, detaining the enemy for a sufficient time.

The feat became known in June 1942 of the year, after the offensive, when a burial was discovered near the village of Strokovo in May, in which the Soviet soldiers found 10's bodies, and the villagers told about the details of the battle.

3 June 1942, the 10 panfilov sappers were buried in a mass grave on the outskirts of Strokovo.

Why is 10, if 11 participated in the battle? It turns out that one of the sappers, Gleb Ulchenko, still managed to survive. He was hid and left by the locals. When the counterattack of the Soviet troops began and Strokovo was freed, the Red Army soldier Ulchenko returned to the active army.

Unfortunately, he did not live to win - in March 1943, after another severe injury, Gleb Ulchenko died in hospital. 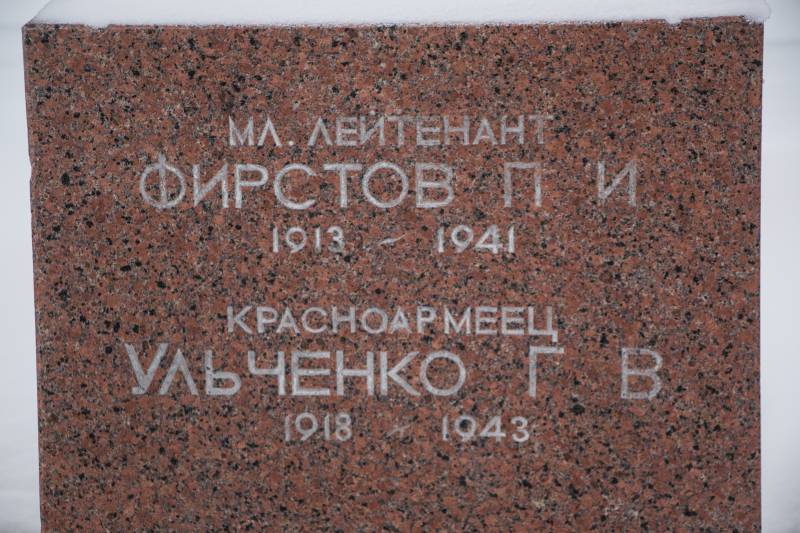 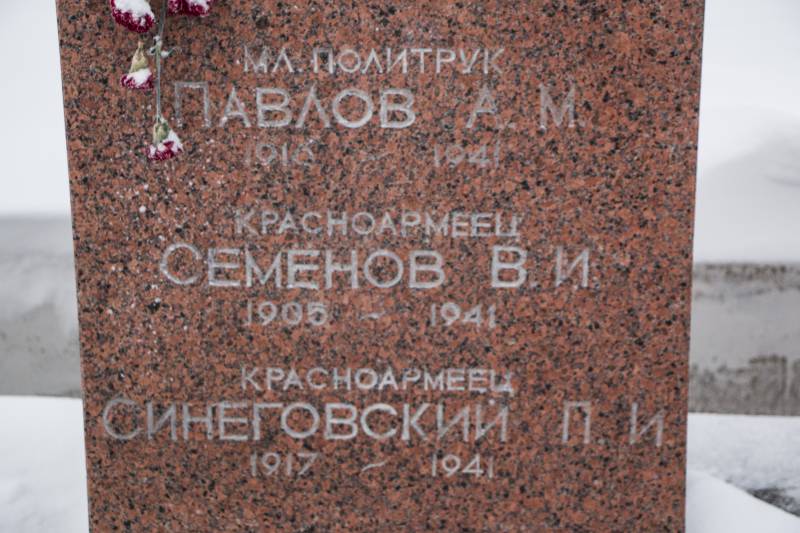 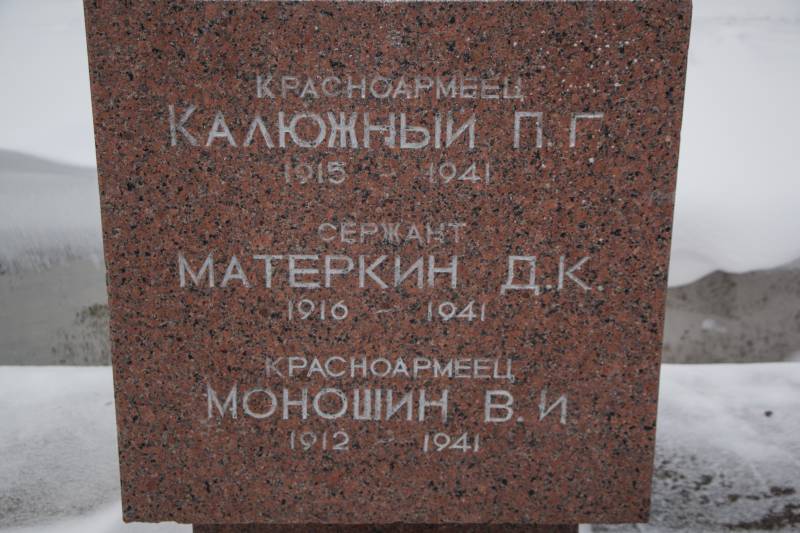 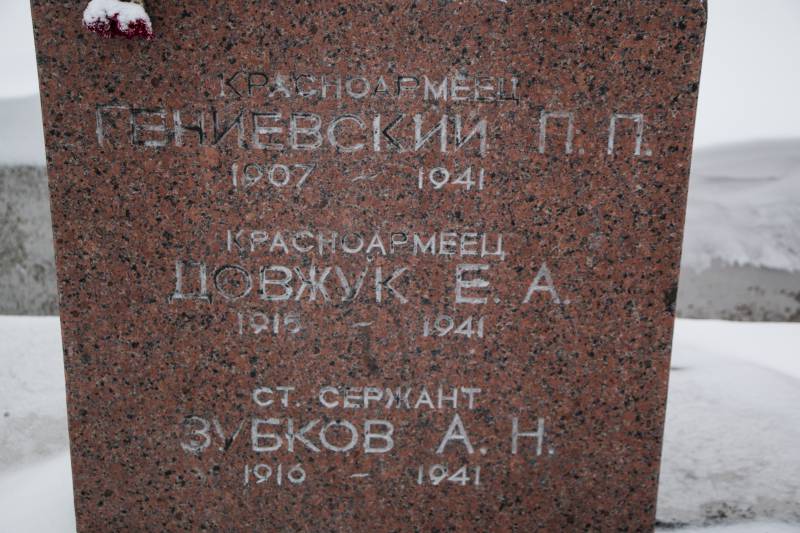 In the summer of 1942, the command submitted all the participants of the battle near the village of Strokovo to be awarded the title Hero of the Soviet Union (posthumously). "Upstairs", however, decided to award the dead engineers the Order of Lenin. This is the only case in World War II, when immediately a whole squad of sappers was awarded a high government award.

Today, this memorial, as well as Dubosek, is being attacked by nonhumans from among the slanderers of our stories. And the self-propelled gun, they say, did not take part in the attack on Strokovo, and tanks were hit not so much. Although the self-propelled gun was extracted by search engines from the swamp just in these places, but that is not the point.

The same claims as for 28 Panfilov. And it was not so, and not here.

And if someone is advantageous and sweet from expressing doubts about the feat of the soldiers of General Panfilov, then this is a problem of those who are difficult to call people. But it is not their ancestors who firmly clung to the land from Leningrad to Rostov in that terrible autumn.

So let them judge the scum and the villains of history, we just bowed to the heroes. 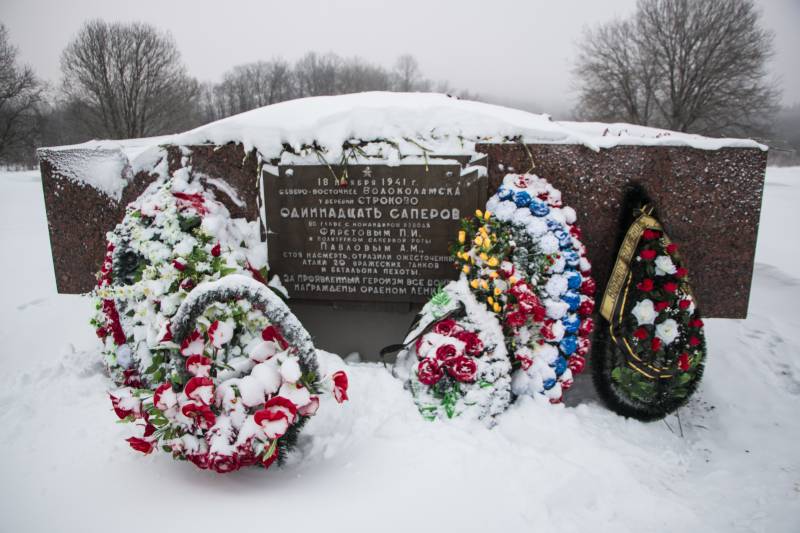 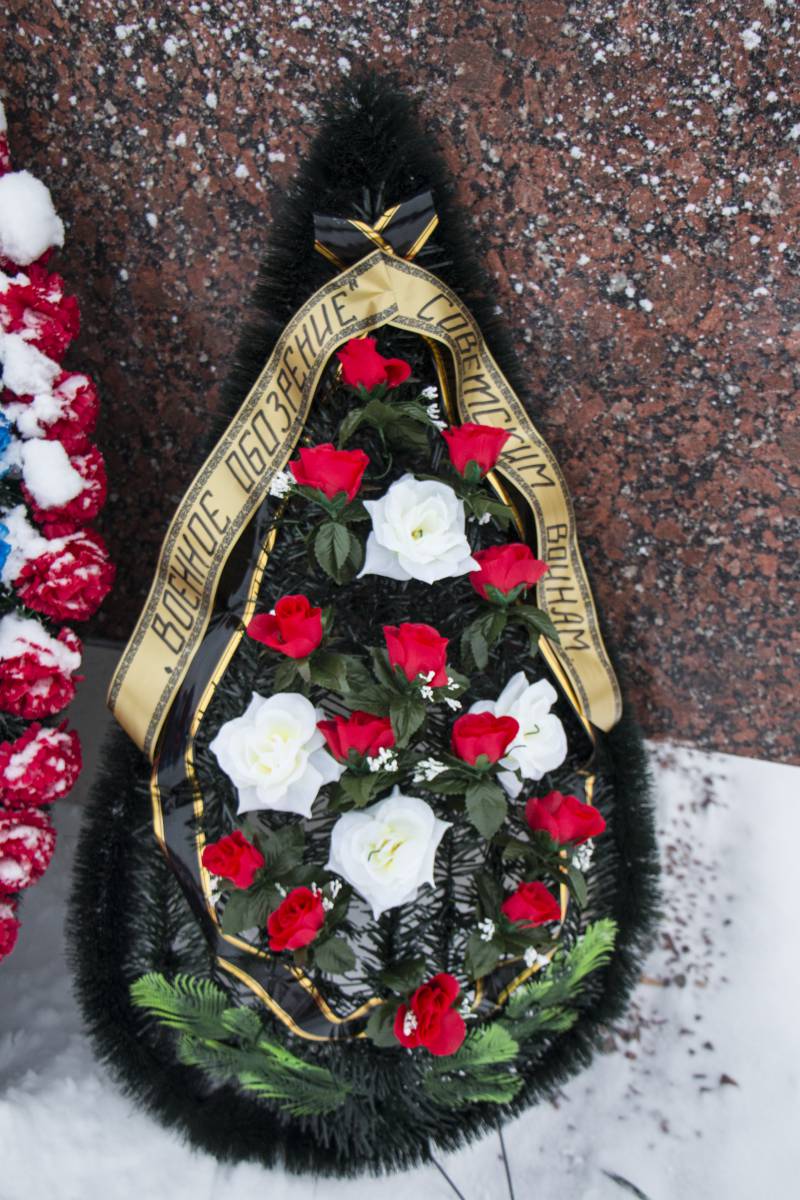