A new brigade near Samara received the party BTR-82A 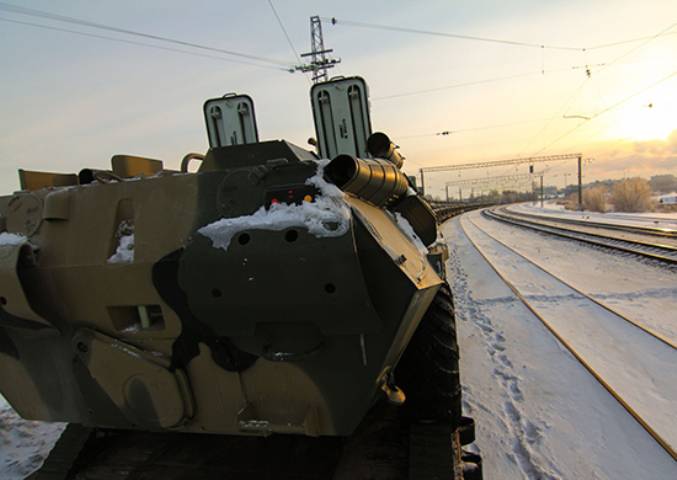 “Fighting vehicles are provided with air conditioning, have a new communication and orientation system, and are also reinforced with a 30mm 2A72 automatic rapid-firing gun paired with a 7,62mm PKTM machine gun (Kalashnikov machine gun tank modernized), ”the report said.

The district press service recalled that “the brigade was formed 30 November in the Roshino garrison and is unique to the Armed Forces of Russia - it has motorized rifle units on armored personnel carriers and UAZ Patriot vehicles”.