Not a partner, not a rival

December 15 2016
16
London cannot treat Moscow as an equal partner, as the Russians are a strategic opponent of the West. This was told to British newspapermen by the Minister of Defense of the United Kingdom, Michael Fallon. At the same time, he expressed his willingness to work with the previously appointed D. Trump to the post of US Secretary of Defense James Mattis, nicknamed "The Mad Dog." 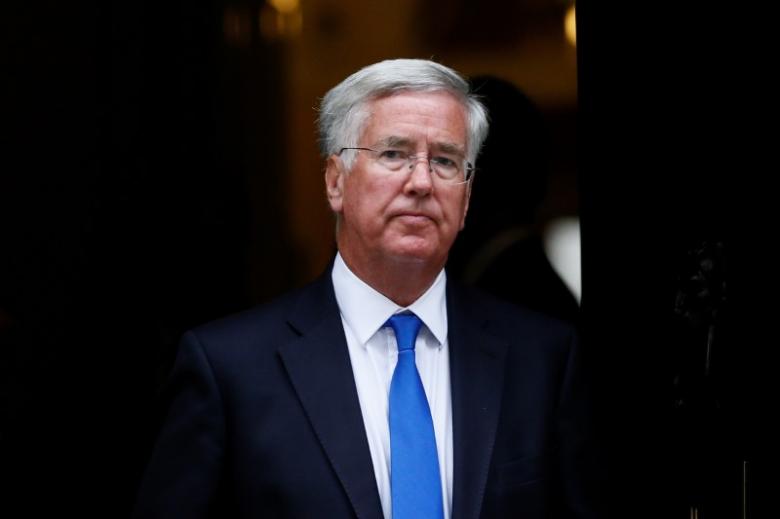 British agency Reuters published some of the statements by the Minister of Defense of the United Kingdom, Michael Fallon. The chief military official of Foggy Albion said that London cannot treat Moscow as an equal partner: after all, Russia is a strategic rival of the West.

First of all, the British secretary of defense declared that he was ready to work with his new colleague from the USA.

"I am ready to work with the new Minister of Defense Jim Mattis ... to show strength in resisting Russian aggression against NATO, as well as contribute to the de-escalation of tensions in relations with Moscow and, as I said, continue to work with Russia in what we find ways to resolve the situation in Syria, ”said Michael Fallon in an interview with the BBC.

The note indicates that Mr. Mattis had previously proposed that the elected President of the United States, Donald Trump, be appointed Minister of Defense. According to Trump, his future administration could have warmer relations with Putin’s Russia.

“You cannot treat Russia as an equal partner,” he said. “Russia is for us, for the West, a strategic rival, and we must understand this.”

Fallon stressed that the UK will support Saudi Arabia. He said this after Foreign Minister Boris Johnson told that Saudi Arabia, Iran and other countries in the region are “puppeteers” and play in hybrid wars waged by proxy. However, it seems that Mr. Johnson (known, we add, the tendency to alcoholism) in the British government is not very heed. A spokesman for Prime Minister Theresa May explained this week that the views of Mr. Johnson do not reflect the government’s position on Saudi Arabia and its role in the region. Teresa herself, it seems, did not even condescend to comment.

The article also states that Mr. Trump intends to appoint the executive director of Exxon Mobil Corp. as Secretary of State. The upcoming appointment was reported by Reuters source on Saturday. A very interesting appointment: after all, the announced candidacy, notes Reuters, has “close ties with the Russian government.”

The latter is not propaganda.

The head of ExxonMobil Corporation, Rex Tillerson, nominated by Trump for the post of US Secretary of State, believes that sanctions against Russia are ineffective. This was announced on the TV channel MSNBC by the head of the National Committee of the Republican Party, Raines Pribes, reports TASS.

However, Tillerson had in mind not quite what could be thought of. Or not at all. “He said that they [the sanctions] were ineffective, but the reason for this was that they did not insist on their implementation,” commented Prybes. “His point was that unless you insist on the implementation of sanctions, they will not be effective.” In general, Mr. Tillerson considers sanctions "an important element of international strategy and diplomacy," and it is not necessary that this be about Russia.

As for Russia in particular, Pribes is not “ready to delineate ... foreign policy” of the United States.

In June 2013 of the year, reminds TASS, Russian President Vladimir Putin at the St. Petersburg International Economic Forum awarded Mr. Tillerson with the Order of Friendship for "a significant contribution to strengthening cooperation in the fuel and energy sector."

That is why Reuters insists on Tillerson’s “close ties” with the Russian government.

Such things can not fail to disturb Britain, which has long and firmly stood on anti-Russian positions. In addition, in London, former supporters of the preservation of Britain in the EU, whose hopes were destroyed by Brexit, see in the success of the referendum on the separation of Britain from the EU “Putin’s hand”. By the way, B. Johnson, who likes to drink whiskey in the mornings and become like Churchill in this way, is also impossible to call Putin’s friend, despite the fact that Johnson, unlike Cameron, was an ardent supporter of the EU’s exit on the eve of voting. However, according to unconfirmed rumors, he campaigned for getting drunk. Now in the British media they write that he said one thing, but meant another. There is even a virtuoso opinion, according to which Boris Johnson, speaking for the exit of Britain from the European Union, is in fact I did not want to leave. In short, no bottle to figure out. One thing is clear: neither Johnson, Fallon, nor other representatives of the English establishment like Russia. They do not like, regardless of whether Britain is in the EU, or not. With the release of the union, a rather aggressive stance towards Russia in Albion will not change. There is no reason for this. Even if a white-haired alcoholic is expelled from the Ministry of Foreign Affairs, another russophobe will immediately take his place.

Now, British politicians of the upper echelon are trying to throw fishing rods through the press, checking the reaction of Donald Trump and the alleged members of his future administration. In London, they cannot believe that Trump intends to get close to Russia in foreign policy. A month left before the inauguration. Therefore, it is easy to explain a slight panic in the British defense department: if agreement with Barack Obama was reached (or rather, unanimity) regarding the West towards Russia, then Trump will probably have to build a different, more tortuous line. Especially if Trump decides to smash terrorists in Syria with the Russians. It will not get out of it: London cannot say that it will not support the fight against terrorists. Is that Johnson will blurt out in a drunken stupor, but then he will be fired.

Doctor of Political Sciences Mikhail Alexandrov, a leading expert at the Center for Military-Political Studies of MGIMO, is confident that the foreign policy consensus of the West, which has been maintained for the past twenty years, will not continue now.

"The consensus, I believe, will not be maintained anyway, and it can only be a question of how serious the changes will be ...” he said in an interview "Free Press". - This is what, in my opinion, is the fact that Trump disowned the “one-China” policy. This is a very serious step that breaks the American strategy in relation to the Middle Kingdom, which existed since 1969 year. According to Trump, the Chinese used the US great, and due to this they became a superpower. From this point of view, the preservation of the previous consensus of the West with China means the economic death of America. ” That is why the expert believes that Donald Trump will start breaking the consensus, no matter how Europe tries to influence the new US president.

The expert believes that the strategic focus of the United States will soon shift to China and Iran, and actions against Russia under some conditions will be temporarily stopped. “But we must understand: this is a temporary respite. As soon as the United States is done with Tehran and Beijing, they will take on us again, ”the expert notes.

Now, we will add, B. Assad’s army with the assistance of the Russian Aerospace Forces won the biggest victory in Syria, regaining control over Aleppo. Undoubtedly, it will soon be about the return of Palmyra again captured by the Islamists. Victories in Syria will be the factor that Trump and his advisers will have to take into account when shaping their policies towards Russia.

They are already taken into account: it seems that the arrogant Russophobe Mitt Romney, who, in 2012, declared Russia the “number one” enemy of America, does not shine. Rex Tillerson is a much more “suitable” candidate for Moscow. Trump cannot, in fact, assign people to key posts who will take opposing approaches to politics.