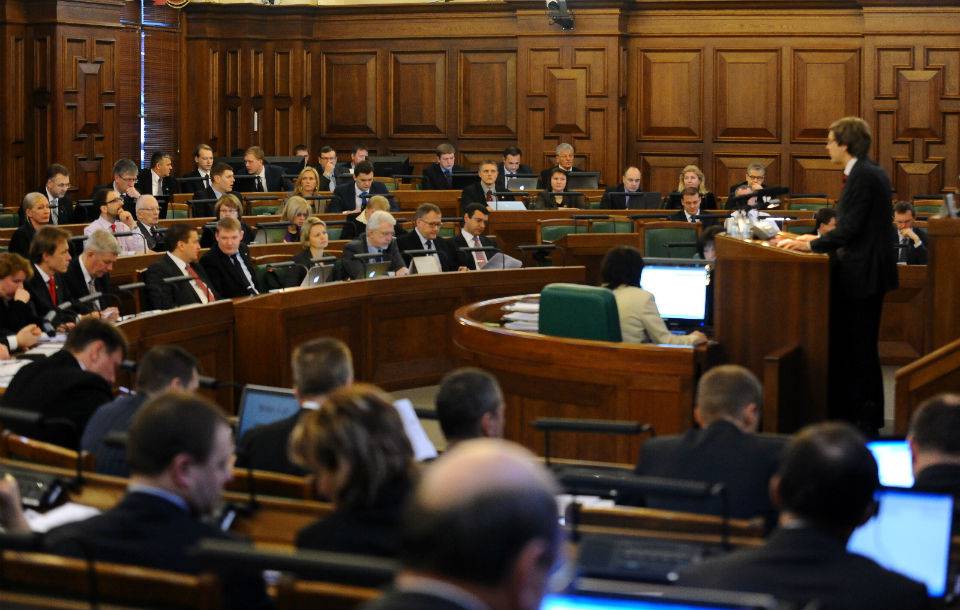 The other day, the Latvian Homeland and Freedom / DNNL Party adopted a resolution in which nationalists urged "to facilitate the departure of disloyal Russian-speaking residents from the country."

Recall that the adoption of this document is far from the first stone, flown into the Russian garden by Latvian politicians. So, in September, the Seimas of Latvia amended the country's legislation prohibiting representatives of national minorities to classify themselves as Latvians. If previously a person who has lived in the country for more than 15 years and has mastered the state language could apply for citizenship with peace of mind, then since September 2016, he has lost this privilege. In addition, in August, the Latvian MP Edwin Shnore said that "the integration of Russian speakers should be stopped, because it is a waste of money and time." According to him (undoubtedly authoritative), during the 25 years of independence of the republic in this area, various “tools” were tried, including studies, radio, TV, schools and kindergartens. Presumably, now the piggy bank of democratic actions and statements of the Latvian leadership has been supplemented by the resolution of the Fatherland and Freedom Party, which causes misunderstanding on several points.

Firstly, it is absolutely incomprehensible what exactly is meant by disloyalty. This concept is pretty abstract. Its interpretation may range from human judgments about something to go “to the barricades”. How exactly a Russian-speaking resident will be labeled disloyalty? This remains a mystery. If we again mean the use of the state language, then it’s time for the Latvian leadership to become familiar with the norms of international law. Such a council has repeatedly sounded from the mouth of the European Commission of Human Rights.

Secondly, in the adopted resolution the thesis of permanent "Russification of the Republic" flashes. Considering that in Latvia over the past decades more than one generation of Russians has grown, this judgment seems untenable. If we assume that the “righteous battle” of the nationalists will end in their victory, and ultimately the Russians will leave the country, then Riga will differ little from Pripyat.

In general, the actions and statements of Latvian politicians, especially over the past few years, are discouraged. Having tried “kindergartens, schools, TV and radio”, the deputies for some reason do not want to understand that the terms “integration” and “discrimination” are similar only in the endings. Telling Russian-speaking children that fascism was trying to save the world from Bolshevism is a way to a bit of that success. This is not an integration, but an attempt at cognitive influence. It is possible to talk about the number of rights and freedoms that are absent among national minorities for hours.

As a result, we note that Russians in Latvia have strong cultural and historical ties with Russia. Moreover, they absolutely have no political connotation. It is high time for the Latvian leadership to stop treating the Russian-speaking population as a “fifth column” and look at it through the prism of humanity and real democracy.