December 12 2016
19
The Russian Defense Ministry is negotiating to supply the troops with the latest ABBAT system, which is able to suppress the enemy’s wireless information transfer networks (BSPI) and protect Russian communication channels, according to News. 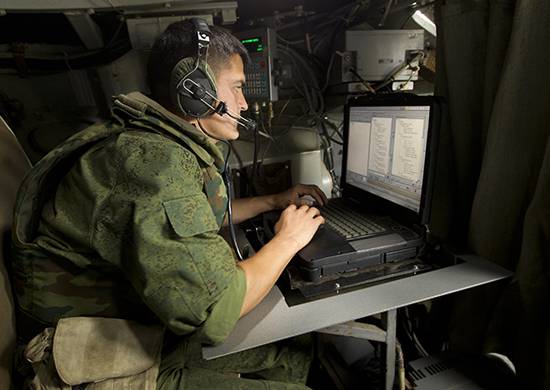 The equipment was developed by the MASCOM group of companies. It “closes all wireless communication channels with insurmountable barriers, leaving a very narrow bandwidth at which voice and video messages can be transmitted without any threat of listening, as well as sharing information,” the article says.

“ABBAT is several miniature blocking modules whose length does not exceed 30, and the width is 25, see. The complex can include up to seven such devices, each of which interferes with a certain frequency range. The modules are connected to the control unit, which resembles a small computer system unit. Due to the small size, the components of ABBAT can be secretly installed in the subceiling space, under wall cladding or in furniture, without attracting attention, ”the newspaper writes with reference to the developers.

“Currently, the work on the product is completed. "ABBAT" passed all the tests, confirming the characteristics laid down, - said the representative of the MASKOM group of companies Denis Skoritsky. - Now the system is submitted to the Ministry of Defense, we are negotiating its delivery. At the same time, the complex is already being used at facilities of a number of other Russian power structures. ”

According to him, “the complex can not only completely suppress wireless communication in the currently used bands, but also capture promising communication standards, the full-scale application of which will begin only after 2018, including the so-called 5G standard network.”