December 18 2016
6
C-400 “Triumph” (according to the codification of the US or NATO Ministry of Defense - SA-21 Growler, literally “Growler”) is the Russian long-range and medium-range anti-aircraft missile system (ZRK). Designed to destroy all modern and promising means of aerospace attack. 28 April 2007 of the year the decision of the government of the Russian Federation for the ZRMS Triumph was put into service.


According to Western analysts С-400 along with such systems as Iskander OTRK and Bastion class coastal anti-ship complexes play a key role in the new concept of the Russian Armed Forces known in the West as the "Access Denial Zone" (A2 / AD ), which consists in the fact that NATO troops cannot be located and move within the radius of action of the A2 / AD restricted area systems without the risk of causing unacceptable damage to them. 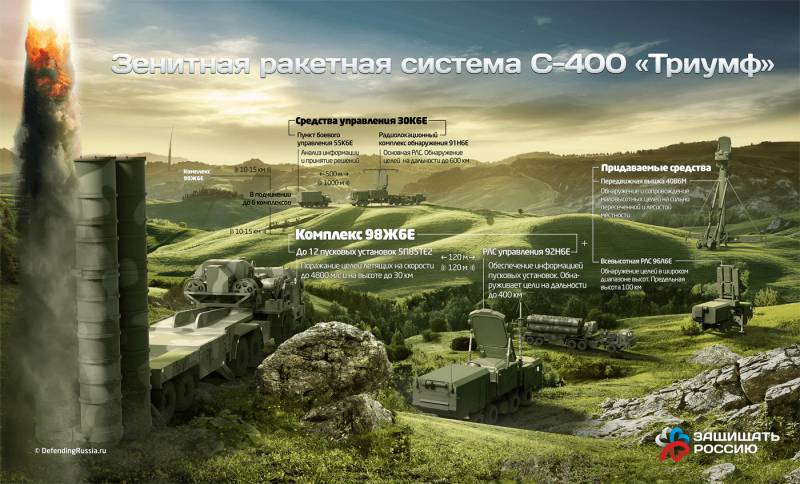