Pobedonostsev - an evil genius or a patriot? 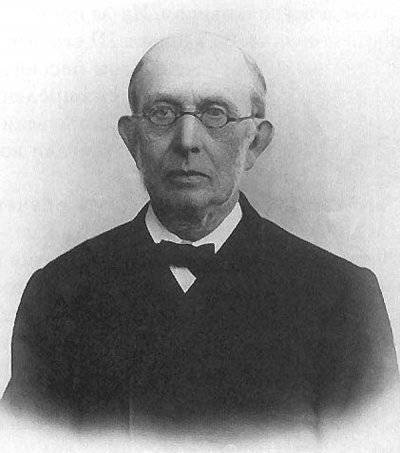 Pobedonostsev Konstantin Petrovich - statesman, lawyer, talented publicist, chief prosecutor of the Holy Synod. The attitude of historians to this controversial person is very contradictory. Make your own conclusion about whether Pobedonostsev was a villain and a black genius in the era of the autocracy’s decline, or whether he was the faithful son of his fatherland, let's try in the text of this article.

Pobedonostsev was born in an enlightened and believing family of a professor of literature, an admirer of literature and Orthodoxy. Intelligent atmosphere made him a diligent student and fostered a love of knowledge. Young Konstantin Petrovich is described by an intelligent and modest man with a romantic kind and passionate disposition. That he owns the scandalous work "Sovereign of the Little Voices". However, the liberal youth quite quickly changed to consistent conservatism, and the character gained strength. Youthful fervor was replaced by prudence, perseverance and steadfastness.

A successful career as a politician began with the protection of a master's degree in jurisprudence on the problems of civil justice and its reform. After a successful defense, an invitation to enter the service in the imperial house as an educator of royal persons, including the heirs to the state throne, followed. This honor confirms once again that the level of education of Pobedonostsev was one of the highest in the capital and in Russia. After serving with the emperor, Konstantin Petrovich held important posts and actively participated in political life. By the time of his entry into the path of public administration, he was already an established person with strong convictions and ideology.

In Soviet times, Pobedonostsev was portrayed as a fierce reactionary, intolerant of any free-thinking, inert and dry, opposing everything new and liberal. The attitude towards Konstantin Petrovich Blok was most clearly reflected in the poetic lines “Retribution”:
"... Pobedonostsev over Russia
Stretched owl wings ... ".

Historians of the Soviet period consider Pobedonostsev a symbol of a conservative era, the destroyer of the free-thinking intelligentsia of Russia. Indeed, the famous manifesto dedicated to autocracy and its inviolability, prepared for the emperor on the occasion of his arrival in Moscow in the summer of 1881, belongs to Konstantin Petrovich. He is the author of many literary works describing the pochsennichestvo and commitment to the unlimited power of the monarch. As a member of the State Council, as well as occupying high positions in the administrative apparatus, Pobedonostsev fiercely defended the position of reaction to any manifestation of democratic ideas. Most of the work devoted to public administration is aimed at promoting autocracy and harsh criticism of democracy, election and parliamentarism. The policy pursued by Pobedonostsev, being the chief procurator of the Holy Synod, is strongly condemned by the Jewish community, since it was the Jews who were persecuted and deported.

The forcible imposition of Orthodoxy to nations with a different religious culture was a specific method of strengthening morality and faith in God. Old Believers and sectarians also suffered from the decisions of Konstantin Petrovich. There are numerous accusations against the head of the ecclesiastical bureaucracy that this man did not have any true faith, but only advocated the preservation of external forms and ritualism, avoiding theology and the search for truth. In support of the position, historians cite the results of Pobedonostsev, who actively opposed the implementation of liberal laws, which were bloody revolutions and the complete collapse of the monarchy. Konstantin Petrovich is also blamed for his short-sightedness and stubbornness, which he showed when discussing bills, jealously ensuring that they did not contain norms that limit the power of the monarch in any way.

On the other hand, modern historians argue that Pobedonostsev is a true servant of the fatherland, postponing the fall of the Russian Empire by a quarter century. Historical Konstantin Petrovich’s merit is seen in the fact that he opposed and did not allow the sovereign to sign Melikov’s bill. In their opinion, the document would have fermented the already tense masses, at the head of which revolutionaries would immediately have risen.

The restriction of the monarchy could not save the state, since the changes required a completely different character and scale. Arguments about Pobedonostsev’s hostility towards cultural and enlightened representatives of the Russian intelligentsia are also refuted. Reliable facts are friendly relations with Dostoevsky, Soloviev, Nesterov, Vasnetsov, Mussorgsky and other brilliant people of literature and art. The closest relationship was with Fedor Mikhailovich Dostoevsky. With the great Russian writer Pobedonostsev was brought together by common views on the path of the state, opinions on the only sure salvation from death in faith, Narodism and autocracy. The leader of the "militant obscurantists," as Soviet history calls Konstantin Petrovich, could not be a friend and like-minded person of such a genius as Dostoevsky. The arguments that the head of the Holy Synod avoided discussing the truth and was not interested in theology do not need a refutation. This really took place, but by no means because Konstantin Petrovich did not have faith, but because of his nature. Pobedonostsev preferred to rely on facts, rather than vague reasoning and abstract truths, and therefore had no inclination to go into lengthy conversations. It was enough for a dignitary to simply believe in the existence of God, as well as in the inseparability of autocracy from the state. The proponent of tough measures against liberals was convinced that they were right and useful for the future of Russia.

Thus, it cannot be said that Pobedonostsev was the embodiment of reactionary evil, who consciously brought the states to a critical moment. This patriotic and undoubtedly intelligent man served his fatherland and remained faithful to convictions to the end. It was both positive and negative, so Konstantin Petrovich is best viewed as a man of his time, who was worthy of the conservatives' position.