The Pentagon will obey the orders of Mr. Trump

December 7 2016
14
The Pentagon is ready to change the strategy of fighting the "Islamic State" (banned in Russia), said four-star general Joseph Dunford. At the same time, the Pentagon wants to revise the current defense budget. And here it comes to not only the "IG", but also about Russia. 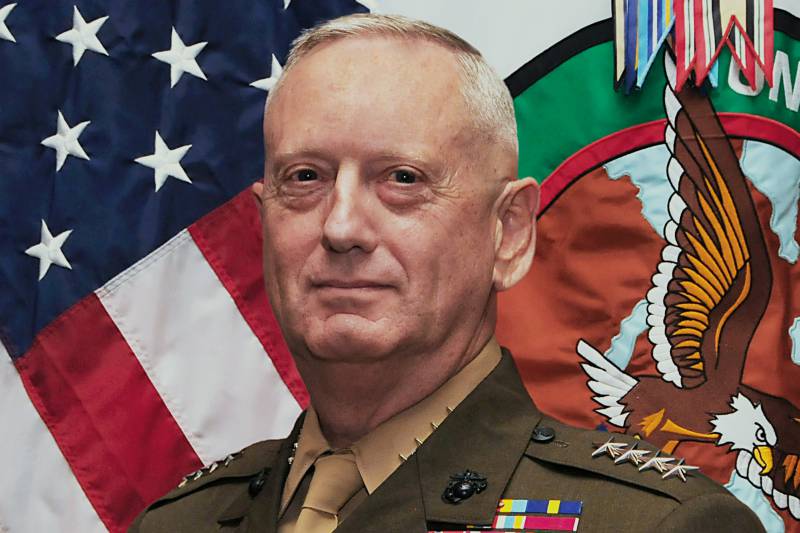 The chairman of the Joint Chiefs of Staff, General Joseph Dunford, announced that the military was reviewing their strategy to fight the Islamic State. The strategy is changing with the course of the elected President Donald Trump.

Speaking at the National Defense Forum at the Reagan Presidential Library, the 4-star General of the Marine Corps announced that he had met with the Trump team last Saturday. According to him, the dialogue with the “transition team” began from Wednesday and will continue “over the next few weeks.”

The strategy to combat the "IG" will be revised, it is "obvious," the general noted. However, he did not provide any details. He cited only the opinion of Trump, who said that he "wants to revise" the strategy.

Earlier, recalls "Politico"The US Republican presidential candidate has repeatedly criticized President Barack Obama and his administration for the “ineffective” war against the Islamic State.

Mr. Dunford noted that the US military "never calmed down" about the IS "confrontation and even made" some significant progress "in their actions against the terrorists, including reducing the territories seized by the group in Iraq, and in Syria in some places they violated the possibility planning militants operations and causing attacks from the outside.

Further, Dunford vaguely hinted at future changes in strategy, since a new administration of the White House appeared on the political horizon, and there are “political frameworks” requiring to take into account the current “military aspect of strategy”.

According to Dunford, after going through a transitional period, the Trump team must understand “this policy framework” and decide how to make changes with the help of “some flexibility” while remaining within this framework. The general hinted at "some course adjustments" and "quickness" of the strategy.

Dunford himself commented on his verbiage, noting that he could not specifically express himself, because he promised the future administration of Trump to keep the conversation secret. Later, the relevant persons "will have the opportunity to make decisions."

Dunford also disowned the fact that all decisions were allegedly taken solely by the military: "We are not the kind of people who say:" Look, we have thought of everything. "

At the same forum in California made the head of the Pentagon Ashton Carter. He focused on the theses about the Russian threat.

According to him, the actions of the Russian side to build up the defense potential require an answer. “Everything that the United States does independently and together with NATO ensures that we will continue to resist Russian aggression and that we are ready for long-term rivalry,” Carter quotes "Independent newspaper". “Russian aggression and provocations are based on false ambitions and inappropriate offenses.”

Mr. Carter’s speech was built on the concept of the “five threats”. Today, the security of the United States is allegedly threatened by Russia, China, Iran, North Korea and terrorist groups.

The key word in Carter's speech is the budget: “Our budget, plans, exercises, abilities, our actions must demonstrate to potential adversaries that if a war starts, we will win a victory.”

In addition, in his speech, Carter welcomed General James Mattis, his successor as secretary of defense.

As NG recalls, the Pentagon is working on a draft military budget for the 2018 fiscal year: requests are now being revised to take into account external threats, one of which remains Moscow. "Russia is the number one threat to the United States," Deborah James, the US Air Force, told reporters recently.

What do Russian experts think about the new plans of the Pentagon?

We are talking about the adjustment of long-term strategic approaches, says Sergey Ermakov, deputy director of the Tavrichesky Information and Analytical Center of RISS. "For such a correction in the United States are many Republicans, and not just Donald Trump," he said "Free Press". - On the one hand, they require toughening the fight against IS, on the other - to stop political advances with radical Islamic organizations. On the second point, Republicans particularly actively criticize Democrats, but it must be understood: in many ways they are cunning. "

The expert believes that the division of the terrorists "bad" and "good" in the US strategy will continue.

As for Russia in the Middle East, there may be taken "the course of cooperation with Russia, specifically - to connect it to the broad coalition."

The Pentagon is seeking to change its strategy because of the success of Assad’s government forces in Aleppo with the support of the Russian Aerospace Forces, the expert notes. The other day, the Russian Defense Ministry announced the release of most of Aleppo. By some estimates, government troops will be able to establish control over the city by the end of the year. If Aleppo is taken before Trump's inauguration, it will give Russia a trump card in negotiations with Washington.

“Aleppo, which before the war was considered the economic capital of Syria, has important symbolic significance. It was he who became the first large city that was partly captured in 2012 by groups of radicals. In case of successful completion of the assault, Assad will noticeably strengthen his position, as he will control the five largest cities of the country - Damascus, Aleppo, Homs, Ham and Latakia.

In this case, the United States will no longer be able to declare that they were the first to achieve a radical change in the fight against the "Islamic State." So now the Americans are in a hurry to take a different position. They say that we are united in the fight against international terrorism, and the victory of the Russians became possible only within the framework of this common struggle. ”

In the end, it should be noted, the United States will be able to cling to another's victory and prove to the whole world that the American military are also winners in the fight against Middle Eastern terrorism.

Then five years of active propaganda will follow, and the world community will learn that there were no Russians in Syria.