December 9 2016
5
Ka-52 "Alligator" (according to NATO codification - Hokum B) is a Russian reconnaissance-attack helicopter of a new generation. The machine can hit armored and unarmored vehicles, manpower and aerial targets on the battlefield. It is a further development of the Ka-50 “Black Shark” model.


Until the cessation of mass production, the Ka-50 is an army command vehicle aviation, carrying out reconnaissance, target designation and coordination of actions of a group of combat helicopters. 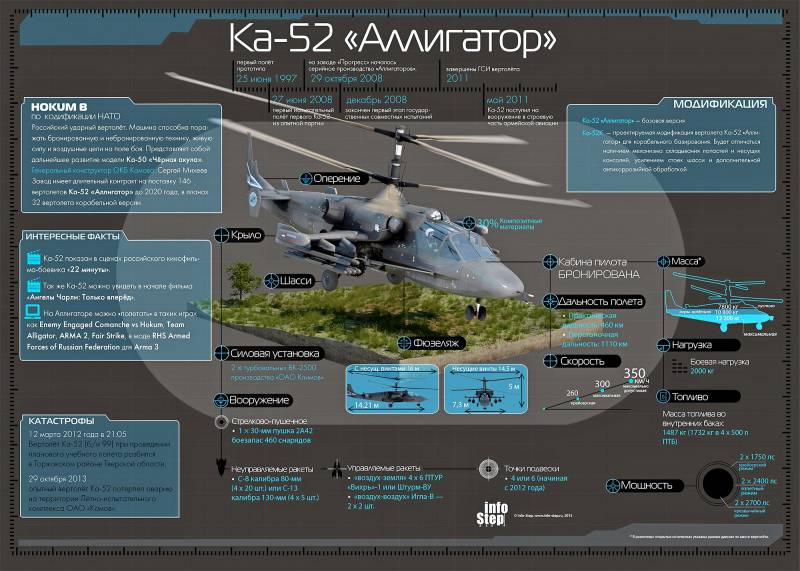