The accident at the Indian shipyard: during the withdrawal from the dry dock overturned aboard the frigate Betwa

December 6 2016
46
On December 5, at the withdrawal from a dry dock of a military shipyard in Mumbai (India), it overturned and lay on the port side of the 39A frigate F 16 Betwa, reports bmpd with reference to indiatoday.intoday.in. 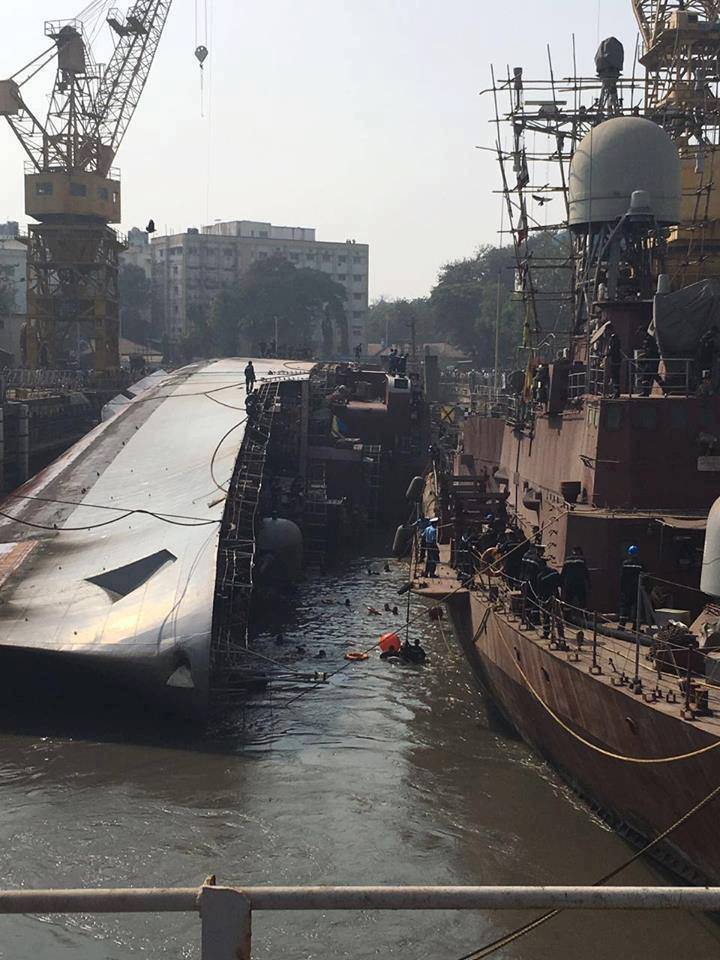 As a result of the accident, two crew members died and 14 suffered various injuries. The ship itself was seriously damaged. 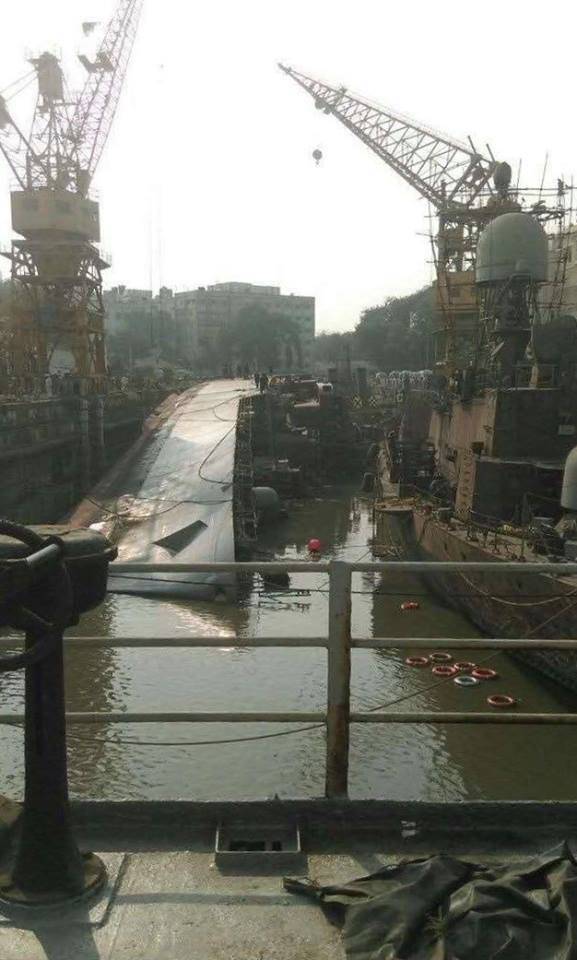 "The frigate Betwa overturned during the withdrawal from the dry dock in Mumbai after the completion of the planned underwater repair since October," the report says. 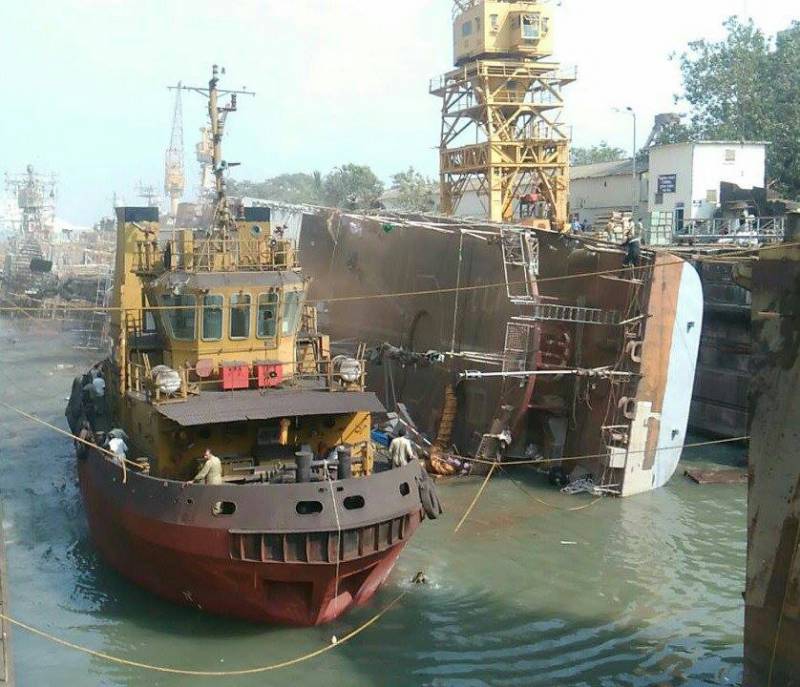 BMPD Reference: “The F 39 Betwa was built at the Indian Garden Reach Shipbuilders & Engineers Ltd (GRSE) in Kolkata and entered service in July 2004, becoming the second of three Project 16A frigates (of the Brahmaputra class). Project 16A was developed on the basis of a hull and a steam turbine power plant built in India under a British license, but with the use of modern equipment and weapons (including the Russian Uran-E anti-ship missile system). 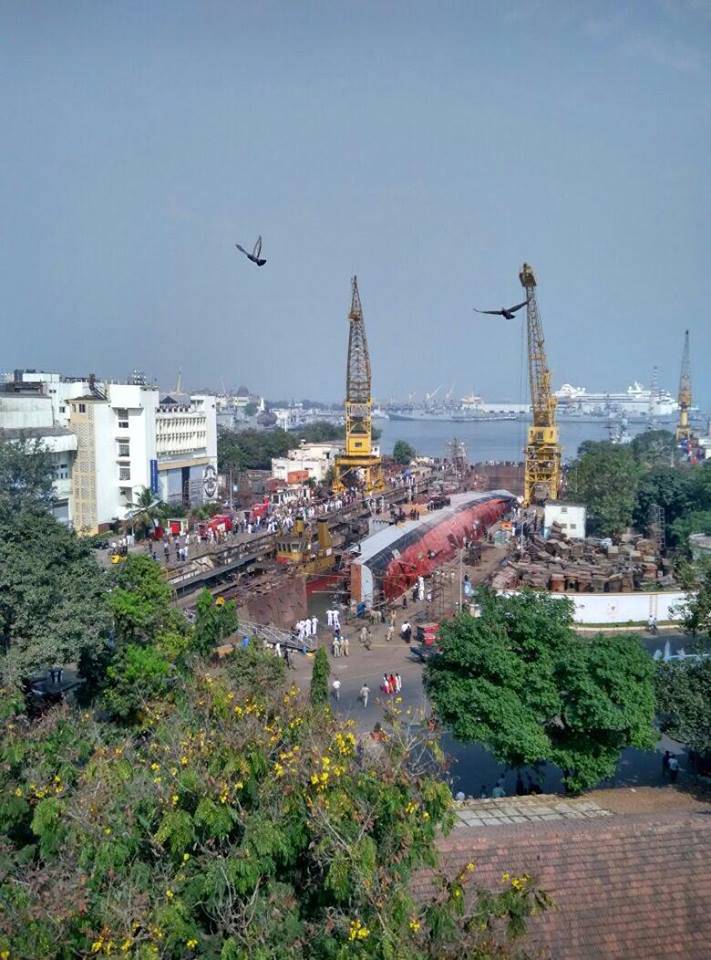 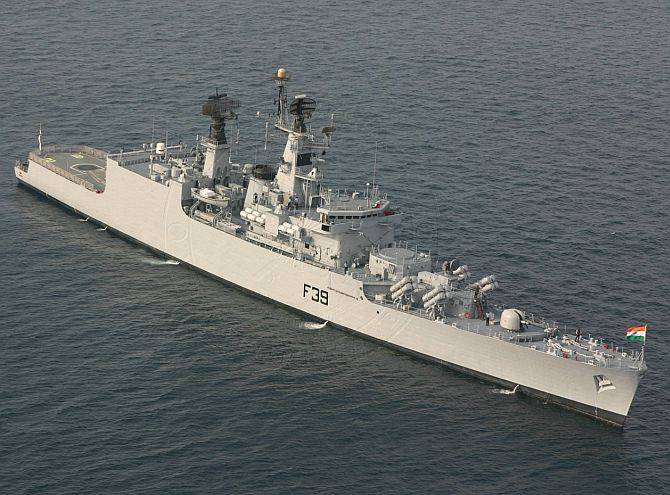