All for the front, all for victory: EU countries increase defense spending 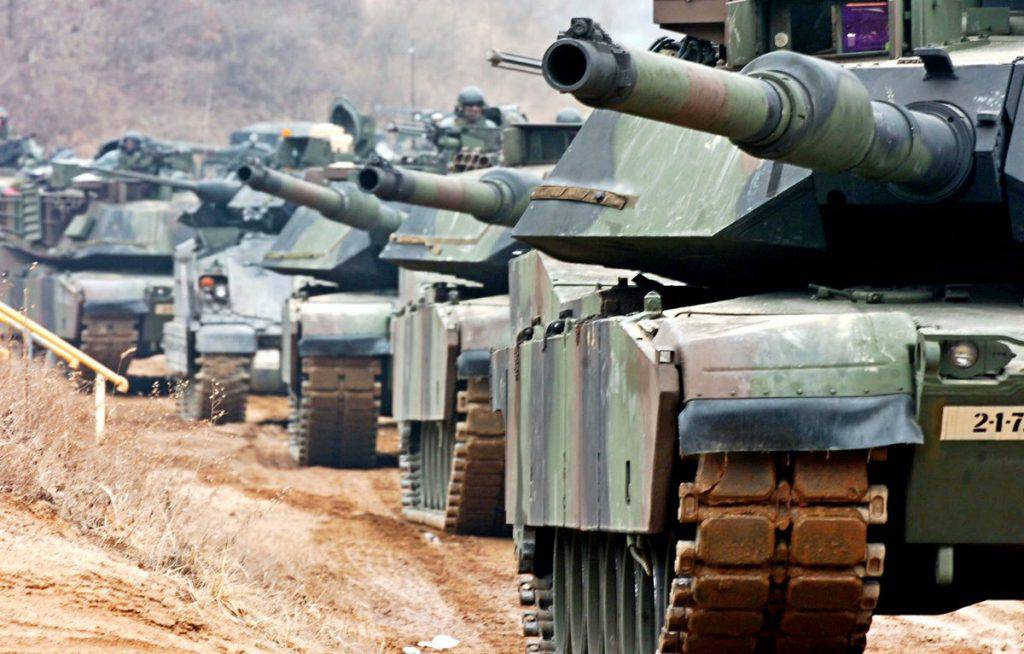 The spread of the thesis of the "Russian threat" led to the rapid militarization of the European region. The deployment of the multinational NATO battalions in Poland and the Baltic countries, as well as exercises at the national level, conducted with increased frequency, are a continuation of the dispute over the necessary amount of defense expenditures.

One of the requirements for members of the North Atlantic Alliance is to achieve the level of funds allocated for military needs in an amount of at least 2% of GDP. Currently, this rule is followed by an absolute minority of participants in the military bloc: United Kingdom (2,21%), Greece (2,38%), Poland (2%), Estonia (2,16%).

It should be noted that from this list only the United Kingdom can maintain a “defense bar” relatively without harm to the budget. In addition, the United Kingdom has been a longtime proponent of American interests on the European continent as part of the “special relationship” model with an ally across the Atlantic. The most economically prosperous members of the European Union, such as Germany, France, and Italy, after the 2008 crisis, significantly reduced their military budgets and have since redirected financial resources to the social sector.

The fall in expenses of European NATO allies forced the United States to pay for numerous operations, exercises and training of the alliance from its own pocket: in 2013, almost three-quarters of the costs required for the activities of the military-political bloc were covered from the US state budget.

However, not only economic considerations predetermined the position of most European countries regarding military spending. With the change in the strategic situation after the collapse of the socialist bloc and the USSR, the likelihood of large-scale conflict in Europe began to rapidly approach zero. In a situation where a serious threat was not foreseen, the countries leading by the European Union (first of all, France and Germany) began to gradually move away from the idea of ​​close cooperation with the United States in the defense sphere. Instead of an abstract transatlantic association, the development of an independent military policy, including providing for independence from Washington and the creation of pan-European armed forces, became topical.

This is opposed by the United Kingdom, which calls for a sharp increase in spending within NATO, as well as some Eastern European countries, which are awaiting invasion by the Russian army from day to day. A striking example here are Latvia and Lithuania, which have increased the military budget over the past two years by one and a half times. It is important for the leadership of these countries to prove their commitment to their allied duty to the United States. At the same time, the purely economic inexpediency of the priority financing of defense is not an argument for them. On the contrary, even in the conditions of recession, deterioration of the demographic situation and decline in the standard of living of the population, the governments of the Baltic states seek to continue to choose guns instead of oil. So, Algirdas Butkevicius, who until recently held the post of Prime Minister of the Republic of Lithuania, said: “If we estimate the allocation of funds for the defense system in our country, compared to all NATO countries, then we are no longer outsiders, but so much (funds) will be allocated. "

Summing up, it is necessary to note the lack of consensus among European countries on the issue of the size of military expenditures and the need to raise them. Attempts by some states to soberly assess the existing military threats and to abolish the atavism of the Cold War in the form of hundreds of American military bases still housed in Europe face tensions on the part of others. The difference between the two is that the former are not ready to perceive the artificially created image of the enemy in the person of Russia and, in accordance with this, uncontrolledly allocate funds for armament and the formation of new military contingents to the detriment of national well-being.