December 6 2016
68
The Investigation Committee of the Russian Federation has recently published several important statements about the investigation of large-scale thefts during the construction of objects at the Vostochny cosmodrome. Initially, embezzlement was estimated at 400 million rubles, then estimates have exceeded half a billion, and after several months of investigation, it turned out that all this is flowers. First, the minimum amount of embezzlement loomed already at the level of one and a half billion rubles, and the maximum is still unknown, since the investigation is still ongoing and at the same time new and new amounts continue to emerge, which were transferred from the state budget to the scammers' pocket who led the individual areas of work on the "East". 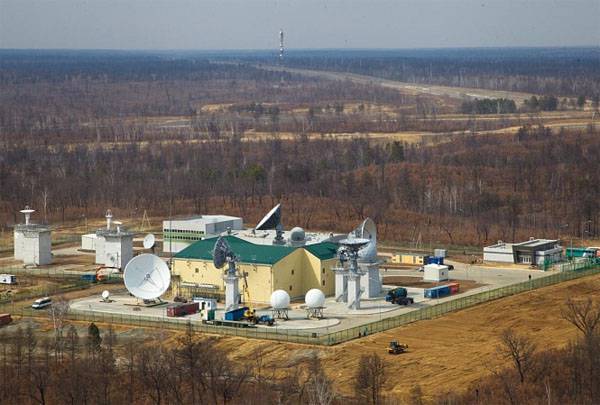 One thing is clear: the amounts of embezzlement are huge, and officials from various government agencies and private shops from the Horn and Hoof series affiliated with them have their hands on these embezzlements by turning over a whole series of fraudulent schemes.

Kommersant reports that the indictment was approved in respect of Vadim Mitryakov in the framework of the criminal case on embezzlement of budget funds. Mr. Mitryakov is the general director of VIP-Stroyengineering LLC, a company that was engaged by individual federal structures to work on the cosmodrome under construction. The criminal case is of a very resonant nature, and therefore the level of the charge is appropriate. The Deputy Prosecutor General of the Russian Federation Viktor Grin serves as the prosecutor.

Mr. Mitryakov is accused of fraud and the legalization (laundering) of stolen money. In total, Mitryakov, according to the prosecution, caused damage to the state in the amount of 1,3 billion rubles! The company of this person has received the right to carry out works on the construction of the Vostochny cosmodrome provided for by the contract. As a result, gaining subcontractors who a priori could not perform the full range of work, Mitryakov appropriated almost two thirds of the funds allocated from the state budget. Subsequently, "laundering" the funds, rolled them through several other firms. The scheme was revealed, and now the case of Mr. Mitryakov Simonovsky District Court of the city of Moscow will be considered in a special order.

However, Mitryakov is a private trader, so to speak. Representatives also appear in the case, as has already been noted by federal structures. In particular, today the official representative of the RF IC Svetlana Petrenko announced the completion of the investigation in another case of embezzling funds during the construction of the Vostochny cosmodrome. This time we are talking about involvement (at least, so they think in the Investigation Committee) to the fraudulent schemes of the former head of the Federal Center for Pricing in Construction Yevgeny Yermolaev. Being in the state post, Mr. Yermolaev, according to the investigation, created a whole criminal group, which included the former head of the Federal State Unitary Enterprise under the Special Forces of the Russian Federation, as well as the general director of a number of private companies. Among the defendants in the case - the former head of the Federal State Unitary Enterprise "State institution of special construction" Dalspetsstroy "at Spetsstroy RF Andrey Zakharov.

In total, the state, when using a scheme to overestimate the estimates for the implementation of the contract, only for the period 2011-2012. a group of Yermolaev stole at least 400 million rubles. Again, preliminary data ...

It is noteworthy that the participants in the frauds promptly allowed funds stolen from Russian taxpayers to buy real estate near Moscow for their loved ones. The materials of the case of Mr. Yermolaev contain information that the defendants managed to acquire a house and four land plots in the village of Barvikha, the Vidnovsky district of the Moscow region, as well as in a special resort area near the city of Dmitrov. At the moment, all these objects of elite real estate arrested.

The scale of embezzlement on the part of individual embezzlers by ordinary citizens of Russia is no longer surprising. This is unfortunate, especially since corruption and fraud at strategic state-financed facilities have long become something routine. Against this background, it’s not even the question of how poorly built the system of control over spending of budgetary funds during the construction of federal facilities is, but the fact that, in fact, none of the state structures that suffered the damage did not dare to file a lawsuit against the alleged perpetrators of the theft of funds from their (structures) budget. From the materials of the press service of the Investigative Committee of the Russian Federation, it turns out that two FSUE of Spetsstroy of the Russian Federation have been recognized as the injured party, but (attention!) Their management and other representatives of the claims have not been filed with any of the accused. In other words, these FSUEs steal money in the billions, and they have nothing special to do with these “astronomical” thefts.

And what is it called? Apparently, ladies and gentlemen, officials from these federal structures believe that claims should be filed only in the event of embezzlement of their own funds, and since state funds were stolen (in fact, ordinary Russians' funds), then you can keep silent - they say no big deal the state will still give it anyway, because the cosmodrome needs to be brought to mind anyway ... Such an approach in itself looks no less an economic crime than stealing budget funds. Or is it all simpler, and the leaders of the federal state unitary enterprises are also in proportion, and therefore they are silent in a rag? ..

Against this background, materials on another “space” case were published in Sledkom. We are already talking about the embezzlement of funds of the Khrunichev State Research and Production Space Center. The amount of waste - more than 368 million rubles. The figures in this case are the ex-heads of the said center, Vladimir Nesterov and Mikhail Yakushin. In addition, the budget millions have decided to transfer into their own pockets other comrades who, as they say, are not comrades at all ... One of those is Mr. Dyakonov, general director of the Ecopravo Closed Joint-Stock Company. These persons are charged with forgery of documents, as well as embezzlement committed by an organized group on a large scale.

From the material press service of the RF IC:
According to investigators, in 2007, the director general (...) of the center, Vladimir Nesterov, created an organized group in which he involved his subordinates - Alexander Yarushin, Deputy Economic Director (now convicted of committing these crimes), and Chief Accountant "Ecopravo" Dmitry Dyakonov, who provided audit and consulting services to the center for several years. In 2007 - 2014, Nesterov, Ostroverh and Yakushin, using their official position, spent more than 368 million rubles, belonging to the company, in favor of an auditing company. In order to give the appearance of legality of their actions and conceal a crime, a fictitious contract for the provision of consulting services was concluded between the state enterprise and CJSC Eopravo, on which payment was made on the basis of forged documents. At the request of the investigation, in order to ensure compensation for the damage caused by the crime, money, bank stocks, expensive cars, an apartment and other property of the defendants were seized for a total amount of more than 127 million rubles.

Arrest on houses, apartments, summer cottages and cars is, of course, great. But something suggests that, firstly, it does not cover the damage caused to the state (taking into account the enormous reputational damage), secondly, the punishment stipulated by the Criminal Code of the Russian Federation for these articles looks like a bad joke. For example, Art.174.1 provides for punishment for money laundering on a large scale ... tra-ta-ta-ta (drum roll) ... with a fine of up to two hundred thousand rubles or in the amount of the wages or other income of the convict for the period from one to two years. There is also an option to “sit down”, but considering that the investigation has been going on for a long time - most of the defendants in the SIZO, whether under house arrest, “stayed” the lion’s share of the stipulated terms. It remains to pay a fine, for example, in 200 thousand rubles and "with a clear conscience" ... steal further ... Well, what - just open a new LLC, agree with those who did not see the need for filing suits - and go ahead, to the new and attractive dalyam conquest of corrupt "cosmos" ... And if so, then the relevance of "trampoline" Rogozin will soon begin to loom for the domestic industry.