December 5 2016
15
In November 2016, most Newsconcerning the export of Russian weapons was associated with aviation. The Russian military aircraft industry is one of the locomotives of the country's defense industry. Domestic combat aircraft have traditionally been in steady demand on the international market, unlike civilian aircraft products that are only trying to get on their feet. But the most important news in November is related to land weapons. India, which is one of the main buyers of Russian weaponsconfirms another major deal. Delhi ready to purchase 464 major combat tank T-90MS.

According to Indian media reports, the Council on Defense Procurement of India, headed by Manohar Parrikar, the country's defense minister, approved the acquisition of X-NUMX T-7MS tanks in Russia at the November 2016 November 464 meeting. Information about the intention of the Indian side to acquire these tanks developed by JSC NPK Uralvagonzavod appeared shortly before that. The cost of the authorized purchase of new tanks is 90 13 crore crores (approximately 488 billion US dollars).

Buying X-NUMX T-464 tanks from Russia will allow a relatively short time (90-3 of the year) to equip them with 4 tank regiments of the Indian army deployed on the troubled western border with neighboring Pakistan. Currently, the Indian armed forces have approximately 10 T-850 tanks equipped with 90 tank regiments of the Indian Army. Perhaps in response to this deal, Pakistan has decided to modernize the existing Ukrainian T-18UD tanks, the relevant agreements were reached on November 80 of 23. The Pakistani army is armed with more than 2016 tanks of this type, which were obtained at the end of the 300s. 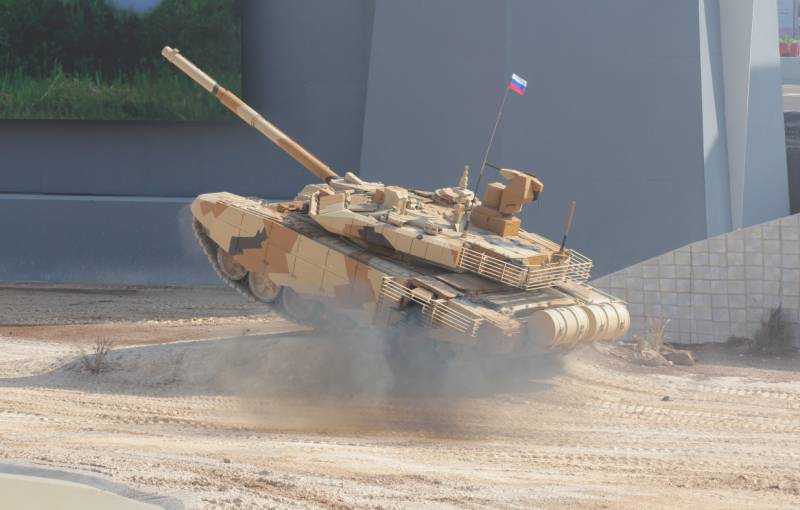 According to the blog information bmpd, marked the purchase of new Russian T-90MS tanks associated with the slow pace of licensed production of T-90С tanks at the HVF plant in Avadi. In total, under three agreements with Russia, India acquired 2001, 2006 and 2007 X-NUMX T-1657 tanks, of which 90 combat vehicles were supplied by Uralvagonzavod and fully prepared, 248 was assembled in Indian Awadi from Russian vehicle sets, and 409 was planned to be made here under license (with a planned completion date for deliveries in 1000). But, given the fact that at present the Indian army has approximately X-NUMX T-2020 tanks, it is clear that during licensed production from 850, the HVF plant was able to produce the entire order of X-NUMX T-90 tanks. According to data from Indian sources, by the 2009, the company will be able to transfer to the Indian military no more than 200 tanks. Thus, to speed up the replenishment of the tank fleet of the armed forces of India, the country, as in 90, resorts to the practice of direct purchases in Russia (now the most recent modification of the T-2020 tank — T-400MS). Some of the tanks will most likely be delivered ready, and some will be assembled at the HVF plant from vehicle sets supplied with UVZ.

According to the magazine Air & Cosmos, India has signed two contracts worth 1,4 a billion dollars with the Israeli state company IAI - Israel Aerospace Industries. Under the first contract worth $ 1 billion worth 1, two Phalcon radar complexes (IAI Elta EL / W-2090) are being purchased, intended for installation on two separately acquired IL-76 (А-50 ЭИ) aircraft. The second contract worth 400 million dollars involves the acquisition by the Indian side of 10 Israeli long-range UAVs IAI Heron TP, equipped with turboprop engines. The corresponding agreement was signed in New Delhi on November 16 of 2016 of the year. 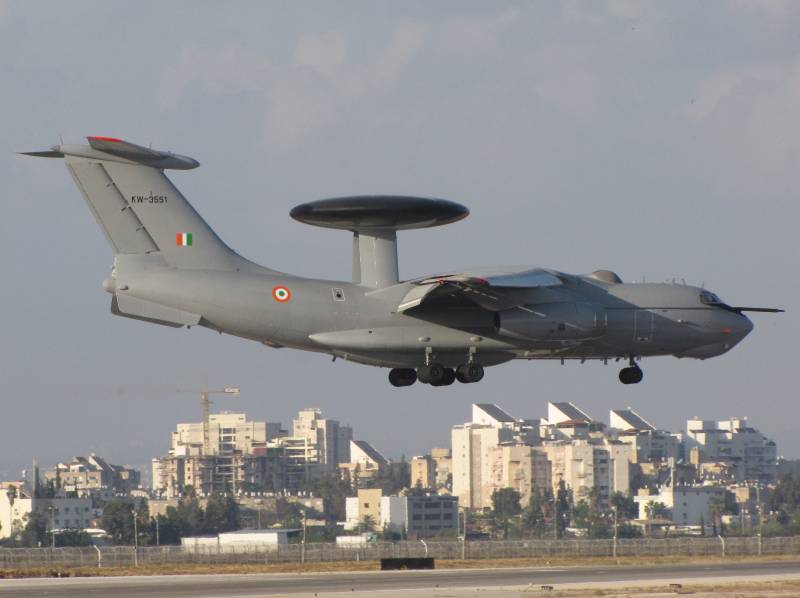 A-50I is a modernized version of the Soviet AEROAU A-50 aircraft, created on the basis of the Il-76MD military transport aircraft. A-50EI is an upgraded version of an aircraft with PS-90А-76 engines and a multifunctional Doppler-radar EL / W-2090 radar developed by the Israeli company Elta. Model aircraft was specially created for the Indian Air Force. The Indian Air Force is armed with three such aircraft that were delivered under the contract of the year 2004 (was completed in the year 2010). Rosoboronexport and Taganrog Aviation Scientific-Technical Complex named after GM Beriev (TANTK) acted as the contractor under this contract.

According to Denis Manturov, Minister of Industry and Trade of Russia, in the framework of the airshow held in Zhuhai, a contract was signed with the Chinese side for the supply of two Be-200 amphibious aircraft. According to information "Vedomosti”, An agreement was signed on the supply of 2 + 2 Be-200, the first delivery - 2018 year. UAC representatives clarified that an agreement for the supply of two aircraft and two more machines in the option was concluded with the Chinese company Leader Energy Aircraft Manufacturing Co Ltd.

“We hope that this is only the first swallow that can give impetus to further purchases. We are planning to load production facilities and get a total order book for approximately Amphibian 20-25, ”said Denis Manturov. He also told reporters about the interest in buying two such aircraft from Indonesia. According to estimates of the source in the KLA, the cost of a single amphibious aircraft Be-200 is about 40 million dollars. 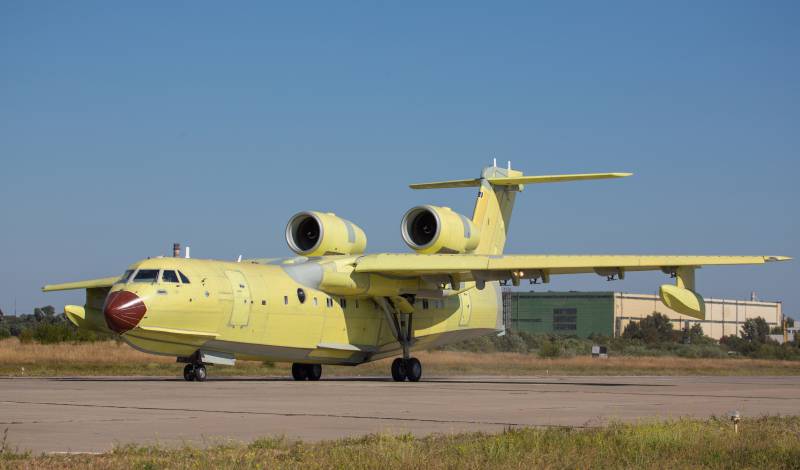 The Russian amphibious aircraft Be-200 was developed in 1990-s and has now been purchased by the Emergencies Ministry of Russia (6 units) and Azerbaijan (1 aircraft), the machine is used by them as a fire and rescue aircraft. Currently, there is another order from the EMERCOM of Russia for - 8 aircraft and the Ministry of Defense of Russia - for 6 aircraft Be-200. Production of an amphibious aircraft was initially deployed at the Irkutsk aircraft building plant of the Irkut Corporation, but then it was moved to the Taganrog aircraft factory named after the Aircraft Company. Beriev. The first flight of the Be-200ChS aircraft of the Taganrog assembly was made on September 16 of the year 2016.

23 November 2016 of the year at the airfield in Lida held solemn events dedicated to awarding the personnel of the 116 Guards ground attack aviation base of the Air Force and Air Defense of Belarus four new Russian-made Yak-130 combat training aircraft, reports press office Ministry of Defense of the Republic of Belarus. The keys to the new aviation technology were presented to the personnel of the base by Major General Oleg Dvigalev, Commander of the Air Force and the Air Defense Forces of the country. With the incorporation of the second level of this type of aircraft in the air force base in Lida, the Yak-130 training and combat aircraft delivered to this military unit is being completed, according to the agreement concluded between the Ministry of Defense of the Republic of Belarus and the Russian Scientific and Production Corporation OJSC Irkut.

The first aircraft of a completely new type of aviation technology for Belarus entered service with the Lida airbase in 2015. All the necessary conditions were created for the development and operation of the Yak-130 combat-training aircraft at the air base, and the personnel of the base are aimed at conscientious attitude to the fulfillment of the tasks assigned to the development and operation of new air technology. The pilots of the base have already been able to assess the quality of the assigned vehicles when performing various kinds of tasks, including at the landfills. 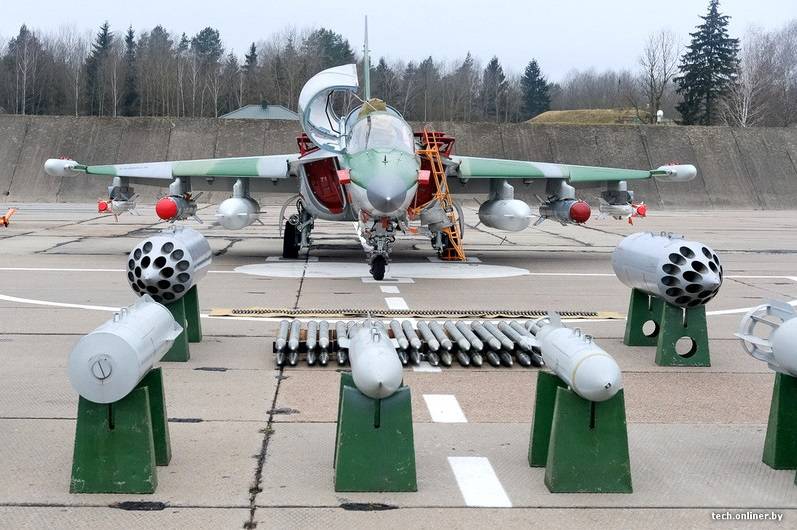 According to the Ministry of Defense of the Republic of Belarus, the crews of the Yak-130 combat training aircraft have successfully developed the use of almost all types of standard weapons - unguided aircraft rockets of various calibers, air bombs. In August, 2015, for the first time in stories Belarusian aviation from Yak-130 aircraft tested the use of high-precision weapons - adjustable aircraft bombs KAB-500Кр. And in 2016, for the first time in the history of the Yak-130 combat training aircraft, it was landed "at the airfield site of the road at night".

According to the portal opex360.com, Serbia has found the opportunity to somehow update its fighter park. With reference to Serbian and Russian media, it is reported that President of the Russian Federation Vladimir Putin agreed to grant the transfer of 6 multi-role fighters MiG-29 to Serbia from the presence of the Russian Ministry of Defense. In this case, the pre-sale preparation of these fighters, as well as a small modernization of the aircraft will be carried out at the Serbian expense. As a result, the total value of this contract is estimated at 50 million dollars. 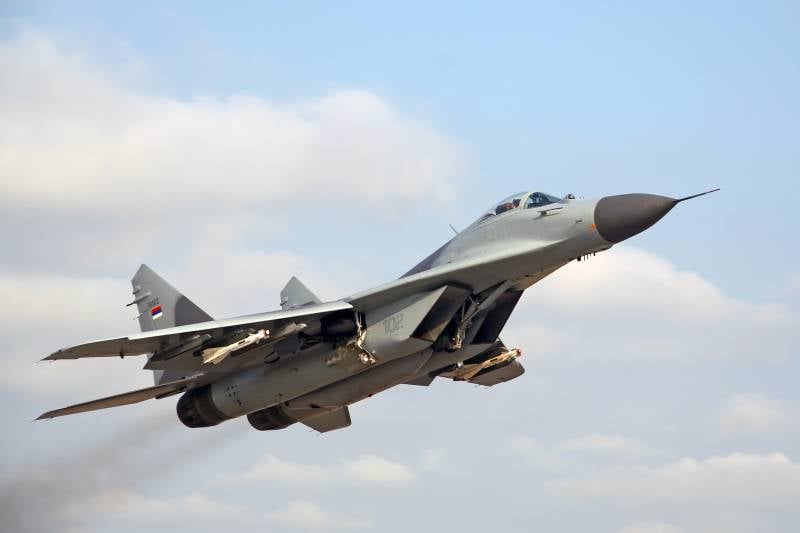 There is no official information on the delivery confirmation yet. Since even 50 million dollars is quite a substantial amount for the Serbian defense budget. At the same time, during the 1999 war of the year, the Serbian air force suffered heavy losses. Currently, they include only one fighter squadron and the entire 4 combat aircraft - 3 MiG-29 (one “Spark”) 1987 of release and one MiG-21bis, transferred to Yugoslavia in 1983 year. These aircraft are morally and physically outdated, and if nothing is done, they may lose their performance over the next few years in the 2-3. Therefore, the problem of updating the fighter park faces Serbia quite acutely.

At the end of November 2016, the agency to Reuters reported that Iran is interested in buying Russian two-seater multi-purpose fighters Su-30 in order to modernize its own air force. Iranian Defense Minister Hossein Dehgan said this on Saturday, 26 in November, stressing that Iran could once again allow the Russian Federation to use its air base to conduct air operations in Syria. According to Hossein Dehgan, the purchase of Russian fighter jets is on the agenda of the Iranian Ministry of Defense. At the same time, he stressed that any purchase of aircraft in Russia should be accompanied by technology transfer and joint investments. According to him, the Russian side agrees with these conditions. 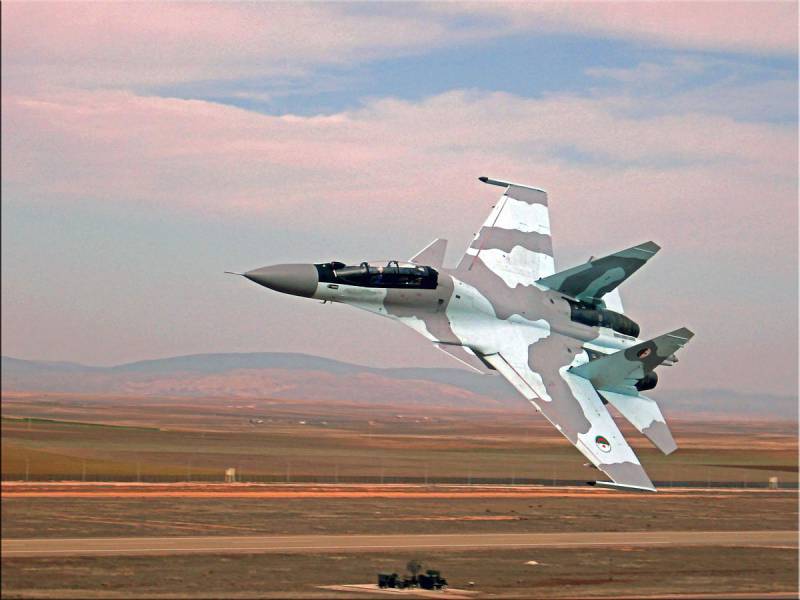 The appearance of any of the existing versions of the Su-30 fighter in service with the Iranian Air Force will seriously increase their potential, since they mainly consist of obsolete aircraft of American, Soviet and Chinese production. Earlier in the press there was information that Tehran might need one of the advanced versions of the fighter, similar to those already used by the Air Forces of India, Algeria, Malaysia and Russia. Or the Iranian military will choose Su-30М2. Buying fighters in this modification will cost Iran less, which would probably be a reasonable decision, given the difficult economic situation in the country. At the same time, such a deal will still have to be approved by the UN Security Council, notes the agency Tasnim.