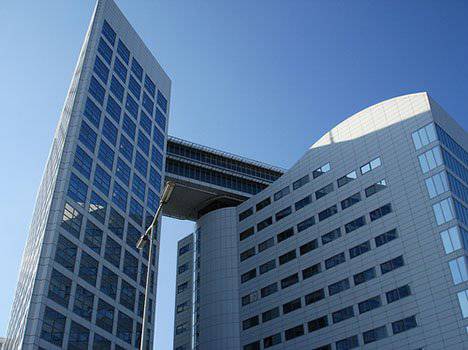 The ICC (International Criminal Court) presented an ultimatum to the Libyan authorities: before 19: 00 (ISC) on Monday, representatives of the PNS (Transitional National Council) should provide the court with information on the legal status and health of Saif al-Islam Gaddafi, the son of the deceased former Libyan leader M. Gaddafi, reports the BBC.

Extended the ICC on January 10 expired. If the Libyan government refuses to cooperate with the Hague court, it may file a complaint against the PNS to the UN Security Council.

The ICC asked the PNS to provide access to the younger Gaddafi to ensure the health of the detainee. Earlier media reported that the fingers of Seif al-Islam, who was taken prisoner on 19 on November 2011, threatened the life of gangrene. In this regard, the former heir to the head of the Jamahiriya requires an urgent operation. In an interview with Reuters, Safe explained that the injury was the result of an injury that he received during an air strike about a month before his arrest.

In June, the International Court issued an arrest warrant for Safe. He is accused of crimes against humanity. The court is currently seeking a public trial of the Safe in The Hague. But the PNS, although unofficially, but unequivocally made it clear that it wanted to judge Saif al-Islam in his homeland. At the same time, Mohammed al-Alagi, the Minister of Justice of Libya, said that the severity of the crimes committed by the younger Gaddafi is so great that the death penalty can be a sentence.

Safe al-Islam Gaddafi was detained on November 19 2011 in southern Libya while trying to get to Niger with several supporters. The safe from the moment of capture is kept in the north-west of Libya in the city of Zintan, 140 kilometers from the Libyan capital. So far, no charges have been brought against him, and no defense attorney has been provided.

Fred Abrahams, a representative of the international human rights organization Human Rights Watch, met with the Safe in December 2011. According to the human rights activist, Seif al-Islam Gaddafi does not complain about the conditions of detention, but states that he is not provided with a lawyer.
Military Reviewin Yandex News
Military Reviewin Yandex Zen
15 comments
Ad