Media: the layout of the Ukrainian "Oplota" became a sensation at an exhibition in Pakistan

November 30, 2016
210
At the international exhibition IDEAS-2016, held in November in the city of Karachi (Pakistan), the Ukrainian exhibition attracted special attention of visitors and participants of the salon, in particular, a model of a promising tank Oplot-M, reports Military Informant with reference to the Pakistani media. 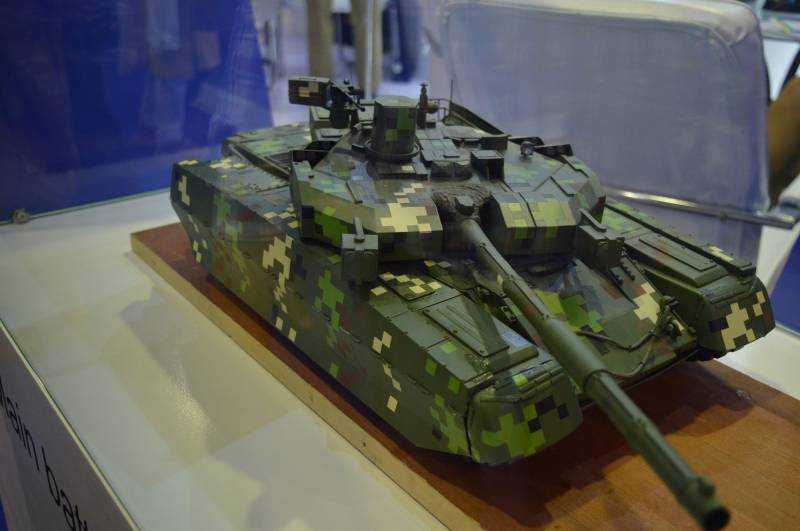 “The model of the modernized Ukrainian tank aroused genuine interest from both the top military leadership of Pakistan and a number of foreign delegations. The appearance of the model of the most modern Ukrainian tank was the reason for talking about the possible acquisition of a batch of tanks in the interests of the armed forces of Pakistan, which had previously conducted evaluation tests of the new Ukrainian design, ”the material says.

It is noted that the possible acquisition of "Oplotov" will be a direct response to the Indian Armed Forces, armed with Russian T-90 tanks and planning to purchase an additional batch of these vehicles.

Pakistan’s purchase of Oplot-M tanks “can significantly change the situation in the region,” the article notes.

It is reported that representatives of the military departments of Asia and North Africa also became interested in the Ukrainian cars at the exhibition.