Polish President: Russian Iskander near Kaliningrad confirms the need to build a “security environment” in the region

November 29, 2016
68
Polish President Andrzej Duda expressed concern about the deployment of missile systems in the Kaliningrad region, saying that this fact confirms the need to strengthen the region’s defense capability, reports RIA News. 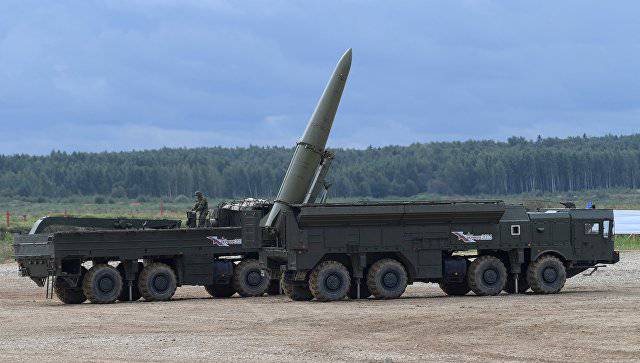 Earlier, a representative of the Ministry of Defense Igor Konashenkov confirmed information about the transfer of missile systems to the Kaliningrad region. “Nobody has done a big secret from the transportation of the complex,” moreover, “one Iskander was specially put under a passing US reconnaissance satellite to clarify the operating parameters of this spacecraft,” he said.

“Of course, I’m concerned about this, as Mister President (of Germany) Joachim Gauk, with whom we talked about this topic today, is also concerned. But this is a question of building the security environment in our region, this good cooperation within the North Atlantic Alliance, as well as neighborly cooperation, ”Duda said on Polish television.


To the moderator’s question, is the placement of the complexes “a preparation for the negotiations with the US President’s elected Trap, as a result of which he can refuse, for example, to build a missile defense base in (Polish) Redzikovo,” the president replied:
“I doubt that Mr. President Donald Trump will let himself be intimidated by Russian missiles. Even if it was an attempt at pressure, such pressure cannot be surrendered ... I am opposed to any violent reactions, Russia, too, may have its own fears. ”