Impact on the "offshore economy"

November 29, 2016
44
The term "offshore economy" has become virtually integral for large companies. Due to the fact that many representatives of big business are not ready to execute the main call of the tax authorities “pay taxes and sleep peacefully”, offshore companies are very popular. Moreover, this popularity has been steadily growing in recent years, and, according to estimates by World Bank specialists, around 10% of the total global profit is passed through offshore companies. 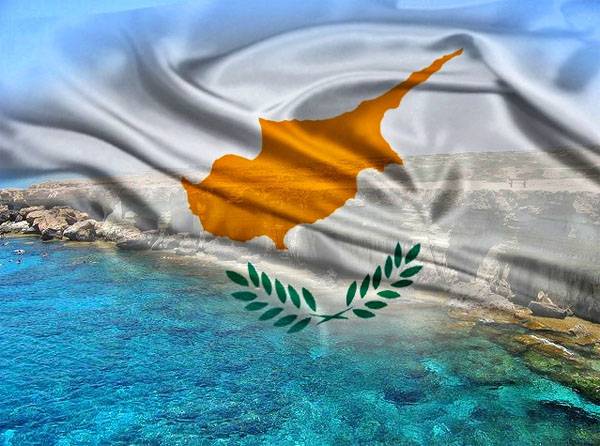 The growth of the level of involvement in offshore activities has until recently been observed among Russian business elites. Large-scale Russian business, having at one time realized that there are much more “comfortable harbors” for the circulation of funds than the Russian profile system, decided to actively use these “harbors”. Instead of registering enterprises in Russia, registration took place in those countries and in those territories where the tax burden is much less than in our country. Favorite places for business that did not want to become de jure Russian are Cyprus and the British Virgin Islands. The volume of offshore operations amounts to tens of billions of dollars, which leads to damage for the Russian treasury. Almost a quarter of all companies registered in Cyprus conduct business (no more than “paper”) with the Russian business. It is not difficult to guess that they were created with the active interest of Russian business.

The use of offshore structures by one company or another does not, on the one hand, mean crime, and therefore it would seem pointless to raise the issue of appealing to Russian business to “quit Cyprus” and return, sorry for slang, grandmas home ... However, there is a certain peculiarity of reference cases of Russian representatives of large business, which is worth paying attention to. The peculiarity of this is that, while drawing up firms over the hill (on the same Cyprus), the Russian “money bags” manage to even demand certain subsidies from the government for doing business. The formula is approximately the following: the company (its part) belongs to a Russian citizen, which means that if the stars converge, you can receive funds from state bodies for its activities, even if the company is, in fact, moving away from taxation in the Russian Federation. As an option: to increase the number of jobs.

According to the 2012 year, Cypriot "traces" were found in such large Russian companies as Lukoil, Norilsk Nickel, VimpelCom, KamAZ, Metalloinvest, SUEK, Rostelecom, Severstal, etc. In particular , Norilsk Nickel on 100% (by shareholding) was associated with Norilsk Nickel Cyprus Ltd., and Sevestal by Alexei Mordashov by 20% (also in terms of promotions) from Astroshine Ltd of Cyprus, another 20% from Loranel Ltd. and by about 11% with Rayglow Ltd (all - Cyprus).

Until a certain point, the state regulatory authorities looked askance at the Cypriot offshores, shouted, but no decisions were actually made. Everything stopped no further than the aforementioned appeals to patriotism and a return to the Russian harbor. But the interest in additional banknotes and shares of the owners of large companies ran counter to the notion of patriotism, and even more so to the interests of the Russian harbor ... In general, money continued to flow through numerous offshore offices in the style of Roga & Kopyta Ltd., while the Russian budget continued not only did not receive less funds in the form of taxes, but also lost a lot of money on all sorts of subsidies to the “poor and unfortunate” companies of Russian owners who decided to leave the Russian jurisdiction in whole or in part.

The matter did not go beyond oblique views and booing also due to the fact that the scheme used by individual business representatives did not allow to take effective measures. One of the most popular schemes in this regard is as follows. Two companies are registered, and one of them is an offshore in every sense of the word. The second company is the law-abiding Cypriot resident. It is this Cypriot company that owns the rights to the trademark. As a result, it turns out that the Cyprus company belongs to the offshore, and the Russian company, in turn, belongs to the Cyprus company.

What did all this lead to? And here is the reason: when paying interest by a tax agent when applying the agreement on avoidance of double taxation, they were not withheld. And the payment of the dividends was carried out at a reduced rate in 5%. Dividends went along the “Cyprus-Offshore Company” chain, while the first could indicate the minimum income from which the tax was paid. Often it turned out that the tax paid on the activities of a Cypriot company, which was “closely tied” with a large Russian company, was less than one percent of real earnings. A large Russian company, for obvious reasons, such a move "stories"Fully arranged.

But, as they say, music did not play for a long time ... There were nuances of a legislative nature and international rules for conducting transactions (the OECD Model Convention), on the basis of which it is necessary to report on the final recipient of transaction income. And here the most interesting began. If the final recipient is an offshore, then what is called, I'm sorry, sorry, the tax rate rises to the usual level, ceasing to be preferential. Moreover, if the Cyprus “laying” mentioned repeatedly is a “laying” without having a real presence in Cyprus, the regulatory authorities also raise the tax rate for the company that wanted to play in the “dark forest”.

Guided by modern standards, the Russian tax authorities decided to withdraw the Russian "users" of the Cyprus economic freebies "from the twilight." So it was confirmed that Severstal Alexei Mordashov, until recently, did not disdain to use a whole group of Cypriot Rogs and hoofs for tax benefits.

After lengthy legal proceedings, a decision was made (the Moscow Court of Appeal rendered it): to declare offshore Severstal in Cyprus “not entitled to dividends” and to collect additional tax payments from Severstal in the amount of approximately 1 billion rubles. And this is only for 2011 a year and only for one company. If the Russian tax authorities continue to resort to this kind of practice of bringing large Russian companies out of the offshore shadow, then it is safe to speak of a substantial increase in tax revenues to the budget.

The company of Alexey Mordashov intends to appeal against the decision of the judge MV Larin (full text). An appeal may be made by the Ninth Arbitration Court of Appeal. Until the end of the appeal period, a day remains. If this court instance decides to make a decision, then it will become an important precedent for the Russian economic system and will strike a clear blow to the structures accustomed to turning civilized income into personal gain using gray schemes and modern Horn and Hoofs.