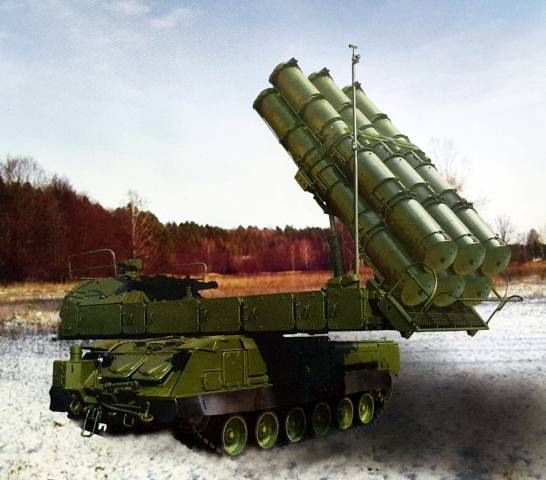 “When they were handed over to representatives of the military department, the equipment was taken to the test site for test shooting, which ended with a successful result,” the release says.

It is noted that the "Buk-M3" has no analogues in the world among the air defense systems of its class. In particular, “the complex received new missiles, due to the reduced mass of which it was possible to significantly increase the mobile ammunition load”. Another feature of the air defense missile system is the placement of the rocket in the launch canister.

“In a short time, the concern's labor team managed to create a product, the key indicators of which are 1,5 times higher than those of the previous generation equipment. We are not satisfied with what has already been achieved, and we have already begun development work on the creation of the next generation of medium-range anti-aircraft missile systems, ”the company’s general director Yan Novikov quotes.

The press service’s reference: Concern EKR Almaz-Antey JSC is one of the largest integrated associations of the Russian military-industrial complex employing 125 thousand people. The concern takes 11 place in the 100 rating of the largest companies in the global defense industry, among which is Boeing , Lockheed Martin, Raytheon, General Dynamics, Northrop Grumman, BAE Systems, Thales, EADS, IAI. The concern’s products are in service in more than 50 countries around the world. ”