November 29, 2016
8
Beriev Be-200 "Altair" - Russian amphibian aircraft (flying boat), developed by TANTK them. G. M. Beriev and produced at the Irkutsk Aviation Plant. In 2008, the production of the Be-200ES was transferred to the TANTK named after GM Beriev. For a number of flight-technical characteristics of the aircraft has no analogues in the world.


Be-200 is one of the most unusual and multi-purpose aircraft. This model was developed on the basis of and using the ideas embodied in its predecessor - the amphibian A-40. The aircraft is able to take off both from the ground and from the water surface. The main areas of application are water surface protection, environmental missions, fire extinguishing, passenger and cargo transportation. 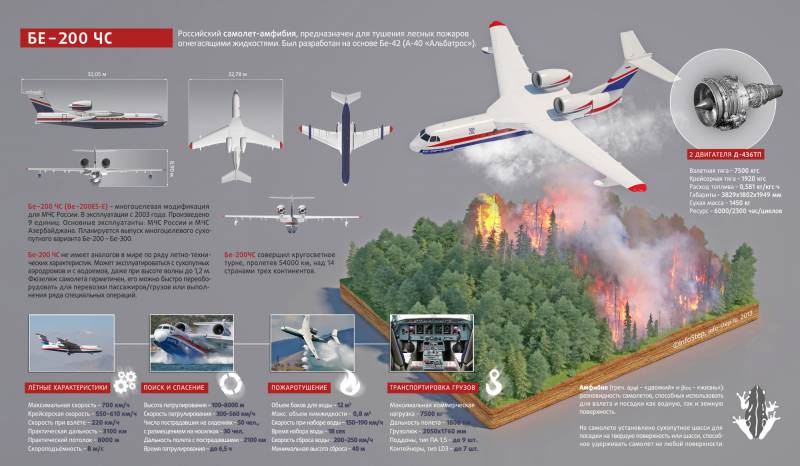