The Riddle of Heyerdahl: the mysterious fair-haired people of the Maldives 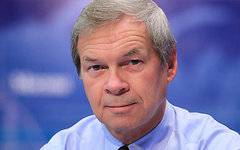 The most ancient inhabitants of the Maldives were called Redins, when they lived - it is not known. Thor Heyerdahl spent many years solving the question of who were tall people with blue eyes and brown hair - the oldest people on the islands of the Maldives archipelago. He did not find the answer, and how to find it? How to check? Some assumptions Heyerdal expressed, and was not far from the truth, as will be shown below, although I missed some with geography. But to judge him for it can not be.


So what mentioned Heyerdahl, what conclusions did he come to? In general, his findings and other researchers point to the lifetimes of alleged redins from 2500 years ago. According to Heyerdal, the Maldives were settled - according to local official data - 1100 years ago. There is evidence that the Maldives archipelago was inhabited more than two thousand years ago by the Dravidians, who came from territories corresponding to modern Sri Lanka and southern India. Heyerdal enumerates variants of the origin of the ancient Redins - Buddhists from Sri Lanka and Hindus from northwestern India, about 2500 years ago. He believes that if someone lived in the Maldives before them, they were expelled or assimilated.

Now let's see what the DNA genealogy will tell us. This new science is remarkable in that it sharply narrows the range of hypotheses under discussion. It introduces quantitative parameters as basic for discussions, and it is already difficult to argue with them. It relies on the DNA of people living in the Maldives in this case, on their haplogroups and haplotypes, on the number of mutations in the haplotypes, and on calculations of the times when the distant ancestors of these people lived. Let me remind you that the haplogroup is a concept equivalent to a specific kind of humanity, and there are hundreds of such DNA genera now identified on the planet. These are the main genus and their families, which can be called tribes. In other words, the Maldives mystery immediately turns into the plane of what kind of humanity the people living in the Maldives now belong to, when their distant ancestors lived, and how it fits with other revealed facts, such as the Aryan swastika on ancient Maldivian stones, ancient legends and myths , and evidence of historians, archaeologists, linguists.

Recently, data on DNA testing of the first 126 man of the Maldives archipelago has appeared. It is clear that first of all they tested local residents, allegedly originating from the ancient inhabitants of the islands. It turned out that out of these 126 people, thirty, that is, a quarter of all, have the haplogroup R1a. This is the largest share of the population. This is already the first success - the Aryans of India had the haplogroup R1a, as their descendants now have, occupying up to 72% in the highest castes of India.

The next step in solving the puzzle is building a haplotype tree using a professional program. The program has haplotypes in the "hereditary order", as mutations would flow from one haplotype to others during thousands of years. Indeed, a smart program distributed haplotypes across genera and their branches, as the genera independently determined by the researchers. The resulting tree shows the branches of the main genera constituting the population of the islands in this sample. The sample is small, but experience shows that as it increases, the basic patterns are preserved. Some progress will be, but the essence will remain the same.
By the appearance of the branches, you can immediately say, recent branches or ancient ones, and on the haplotype of the branches to calculate when the ancestors of these branches arrived in the Maldives.

Haplogroup J2 is represented by three branches. One of them is quite young: the common ancestor of all lived just 200 years ago. Another branch of J2 from 9 haplotypes, with a common ancestor 4825 ± 980 years ago, the third - 6600 ± 1200 years ago. These are clearly the Dravidian haplotypes of India, but their blue-eyed eyes are not marked. In addition, they originate from too ancient common ancestors, which means that their ancestors did not live in the Maldives, but were “brought” to the islands on the Y-chromosomes.

Haplogroups R2, H, L are the Dravidian haplotypes of India and Sri Lanka. They also can not be blonde and with blue eyes. The haplogroup R2 on 15 haplotypes accounts for the 61 mutation, and the common ancestor of 5650 ± 920 years ago. It is clear that he did not live in the Maldives.

We turn to the branch of the haplogroup L. It is relatively young, and represents several branches. The common ancestor of one sub-branch lived 1675 ± 400 years ago, the other about 775 years ago.

The haplotypes of the Dravidian group H are too few in number, even the lifetime of a common ancestor cannot be calculated. However, the branch of the haplogroup H1 is such that almost all the haplotypes are the same, the common ancestor is recent. These are not candidates for redins, either in anthropology or age in the Maldives.

It remains only the haplogroup R1a, besides, the most numerous in the sample. Let's look at it more closely.

In principle, they could reach the Maldives or from Arabia, through the Arabian Sea, or from India, from which it is much closer. So, most likely, Heyerdahl is right in speaking of settling from India and from Sri Lanka.