Umbrella for the Russian outpost ("Mirror of the Week", Ukraine) 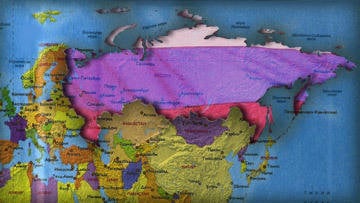 While the economic crisis roams the world, and the United States is occupied by Iraq and Afghanistan, Russia is in a hurry to strengthen its presence in the post-Soviet space. Following the agreement on the extension of the stay of the Russian Black Sea fleet in Crimea, the Kremlin intends to soon sign a protocol on extending the stay of the 102nd Russian military base in Armenia. Yerevan, in turn, is also ready to continue this “prenuptial agreement”: information on forthcoming amendments to the Russian-Armenian agreement on the Russian military base of March 16, 1995, has already been confirmed by the secretary of the local National Security Council Artur Baghdasaryan.

According to the draft protocol, two changes will be made to the contract. They concern the duration of stay and the goals of the Russian military base in the Armenian city of Gyumri. Now Article 25 provides not 25-year, but 45-year contract with automatic renewal for the next five-year periods. (In order to avoid misunderstandings, the representative of the Armenian Ministry of Defense stated that the renewal will occur from the day of signing the contract, that is, starting from 1995. However, this is not the final text of the protocol. And it is quite possible that the extension will be counted from 2010.) In addition, Article 3 will change: a number of tasks of the Russian base in addition to “exercising functions to protect the interests of the Russian Federation” will now also include ensuring Armenian security. Including through the supply to Yerevan of "modern and compatible weapons, military (special) equipment".

For Russia, this is more than a successful deal. As a military objective, the 102nd Russian military base includes three motorized rifle regiments (123rd in Yerevan, 124th and 128th in Gyumri), 992nd artillery regiment, 988th anti-aircraft missile regiment, 116th separate tank Battalion, 772nd Separate Reconnaissance Battalion. 426th aviation The group, located at the airport in Erebuni, includes 18 MiG-29 fighters. According to Russian media reports, up to a hundred tanks, about three hundred armored vehicles, artillery systems and various types of anti-aircraft missile systems are in service. The number of the base is about four to five thousand people. They are located in military camps in Gyumri and Yerevan. (By the way, the Russian military who left the military bases in Akhalkalaki and Batumi were relocated to Gyumri.) The Russian mass media write that half of the officers and almost all contract soldiers are Armenians who received Russian citizenship.

The task of this group of Russian troops is to cover the southern flank of Russia and protect Armenia as a party to the Collective Security Treaty. But even according to the estimates of the Russian military experts themselves, the base in Armenia is only a fragment of a powerful strategic security system deployed during the times of the Soviet Union along the borders of Turkey and Iran. But only for Moscow, the base in Gyumri is more than soldiers, airplanes, tanks or C-300B anti-aircraft missiles.

At one time, the speaker of the Russian State Duma, Boris Gryzlov, remarked: "Armenia is the outpost of Russia in the South Caucasus." And to lose this country for the Kremlin is tantamount to leaving the region. And the base in Gyumri is a demonstration of the Russian flag in the South Caucasus, a way to strengthen and strengthen its influence in the region, a means to preserve Armenia in the sphere of Russian influence for many years. As Ariel Cohen, a leading expert of the Heritage Foundation on Russia, Eurasia and International Energy Security, noted in his article in the Wall Street Journal, “the Russian-Armenian protocol makes Russia the dominant power in the South Caucasus, since the United States and NATO are not ready for a long-term military presence region. "

But for Yerevan, the Russian military presence is one of the elements of ensuring the country's security: the Armenian establishment feels a lack of security, believing that it borders on at least two hostile states - Azerbaijan and Turkey. And although the majority of Armenian political parties have not yet expressed their attitude towards changes in the 1995 treaty of the year, it is difficult to imagine that any Armenian government will raise the issue of the withdrawal of Russian troops to the Kremlin in the coming years. On the contrary, leading Armenian politicians are interested in strengthening this presence. And therefore for the 102 of the Russian military base, the most favored regime has been created: the rent for the base in Gyumri is not charged, Armenia provides it with the necessary communal services. And the border group of the FSB of Russia, together with the Armenian border guards, has been protecting the borders of the republic with Turkey and Iran since 1992. (58 frontier posts of the frontier department of the FSB of Russia are operating in Armenia today.)

The security problem for Armenia is primarily related to Nagorno-Karabakh, because of which the country has been in a state of confrontation with Azerbaijan for a year already. Baku has not yet expressed protest in response to the extension of the stay of the Russian military base in Gyumri. But Yerevan cannot but be disturbed by the fact that Azerbaijani President Ilham Aliyev constantly declares his readiness to restore the territorial integrity of the state. Including by force. The attention of the Armenian leadership cannot go beyond the fact that the annual budget of the defense ministry of Azerbaijan is approximately equal to the annual budget of Armenia. Even with Turkey, despite some rapprochement, Yerevan still has uneasy relations. Complex relations with Ankara and Baku, the geographical location of Armenia predetermined the fact that this country has been in a semi-blockade for a decade and a half.

In the situation of the ongoing Nagorno-Karabakh conflict and the Armenian-Azerbaijani confrontation, Yerevan is focused on Moscow, its main military ally and main economic partner. As a result, Russia is the largest investor in the Armenian economy. Moreover, almost all strategic enterprises of Armenia are fully or partially owned by Russian companies. Including the objects of the fuel and energy sector: ArmRosgazprom, the Hrazdan TPP, the Sevan-Hrazdan cascade of hydropower stations, distribution networks, the Armenian NPP. In 2008, Russian Railways transferred the concession right to manage the Armenian railway.

This aspect of relations between Yerevan and Moscow was very well characterized by one of the participants of the Armenian Internet forums: “Everything is extremely simple: we are“ friends ”with Russia on the basis of mutual benefit. We need their military support, since Russia, it must be admitted, is the world leader of armaments. Well, in return, they get an ally in the South Caucasus. And even more: their presence in Armenia is beneficial for them as well, since this region is now both in the interests of the United States and Russia. ”

Considering the permanent instability in the region, Armenia believes that Russia should act as a guarantor of its security in the event of the military stage of the Nagorno-Karabakh conflict. The events in Kyrgyzstan showed that the mechanisms built within the framework of the CSTO do not work in crisis situations. Therefore, in Yerevan, preference is given to the bilateral format of cooperation. It is not by chance that the representatives of the Armenian leadership especially emphasize that the new agreement provides: Russia, together with the Armenian army, undertakes to ensure the security of Armenia.

However, not all Armenian experts and politicians believe that in the event of a new armed confrontation around Nagorno-Karabakh, Moscow will decide on military intervention in the conflict on the side of Yerevan, protecting it from its strategic ally Baku. “It is difficult to say whether the security of our country is increasing as a result of changes in the contract. If you immediately give all strategic trumps to your partner, then your value drops. And the appearance of a clause on ensuring the security of Armenia in the new agreement on the presence of the Russian base does not mean that Russia will fight with someone for the sake of Armenia, ”Stepan Grigoryan, expert of the Analytical Center for Globalization and Regional Cooperation, said in an interview with ZN. After all, there is a third in the Armenian-Russian relations - Azerbaijan.

Unresolved political and economic problems force Yerevan to focus on Moscow. But the Armenian leadership is aware that the Kremlin has its own interests in the region and they often do not coincide with the national interests of Armenia. That is why Armenians are trying to expand contacts of their country with NATO, with which this South Caucasian state cooperates in the framework of the Individual Partnership Plan: Yerevan cannot but alarm the development of relations between Moscow and Baku, especially in the sphere of military-technical cooperation. For example, the fact that Russia intends to sell Azerbaijan two divisions of the C-300 anti-aircraft missile system. (However, the final decision, apparently, has not yet been made in Moscow.) And although this air defense system is defensive, not directly threatening either Armenia or Nagorno-Karabakh, Yerevan feels like a loyal ally, because it believes that C-300 will not just change military balance in the conflict zone, but also allows Baku to be more aggressive.

But the Kremlin, in its relations with Yerevan and Baku, is trying to prevent a skewing and preserve the existing military-political balance in the region, supplying weapon both sides. After all, Russia has its base not only in Armenia, but also in Azerbaijan, renting the Gabala radar station, designed to protect against intercontinental ballistic missiles, as well as for the continuous monitoring of outer space. Moscow actively cooperates with Baku in various areas of security (the fight against drug trafficking and terrorism, the supply of equipment, military education). At the same time, Russians at the same time closely interact on the same issues with Yerevan. According to official data, there are also two C-300 air defense systems at the Russian base in Gyumri.

It is quite possible that making changes to the agreement on the Russian military base, providing Yerevan with a more durable security umbrella is a kind of compensation to Armenia from the Russian side in exchange for the possible sale of C-300 defense complexes to Azerbaijan, an attempt to mute the concerns of the Armenian establishment. And at the same time give a political signal to Baku in order to refrain from the use of force in resolving the Nagorno-Karabakh conflict. Experts believe that "taking into account relations with Baku, Moscow will strive to keep sides from escalation as much as possible, while maintaining distance in the event of military confrontation." But taking on the role of a mediator, Moscow is at the same time interested in further maintaining the status quo in the region. After all, this situation gives serious levers of influence on regional players and allows them to feel more confident in the geopolitical parties being played.