November 27, 2016
1
MiG-29K (according to NATO codification: Fulcrum-D) - the fourth-generation Soviet / Russian deck multipurpose fighter, a further development of the MiG-29.


Thanks to large orders for the MIG-29K from the Government of India, the aircraft was able to be upgraded to 4 ++ and, according to Western experts, the MIG-29K meets modern deck requirements aviationsince it is equipped with the latest avionics, including an infrared direction finder, aiming near air-to-air missiles by turning the pilot’s head has stealth means, and most importantly, the new Zhuk-ME radar with which it can find targets at distances of up to 200 km and control guidance of the correctable variants of the KAB-500 bombs and the long-range (110 km) RVV-AE missile. 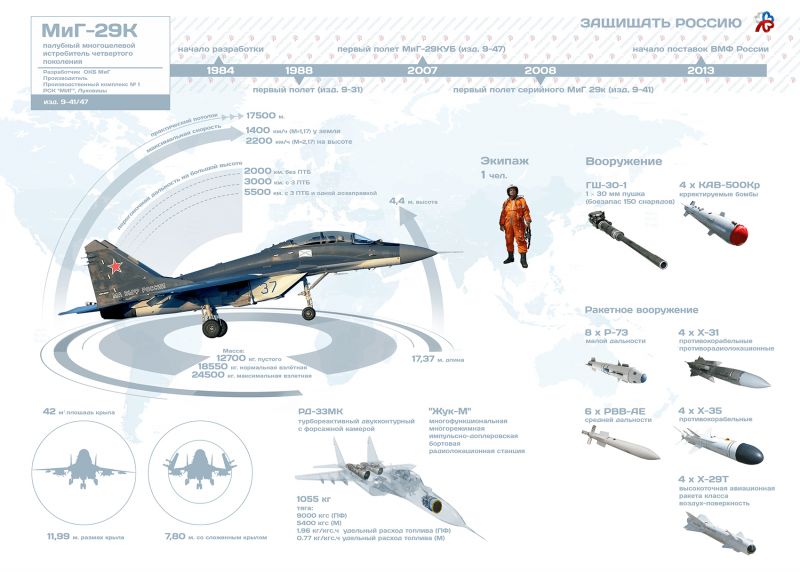