India received a nuclear submarine "Nerpa" with a three-year delay

January 24 2012
25
The ceremony of transferring Russian-made Nerpa nuclear submarine to the military of India took place on Monday at the Zvezda shipyard located in Bolshoi Kamen. According to ITAR-TASS, the ceremony was attended by the Indian ambassador to the Russian Federation Ajay Malhotra, the commander of the Eastern Military District, Admiral Konstantin Sidenko, representatives of Rosoboronexport, as well as the United Shipbuilding Corporation, several representatives from the command of the Pacific fleet Russian Federation. 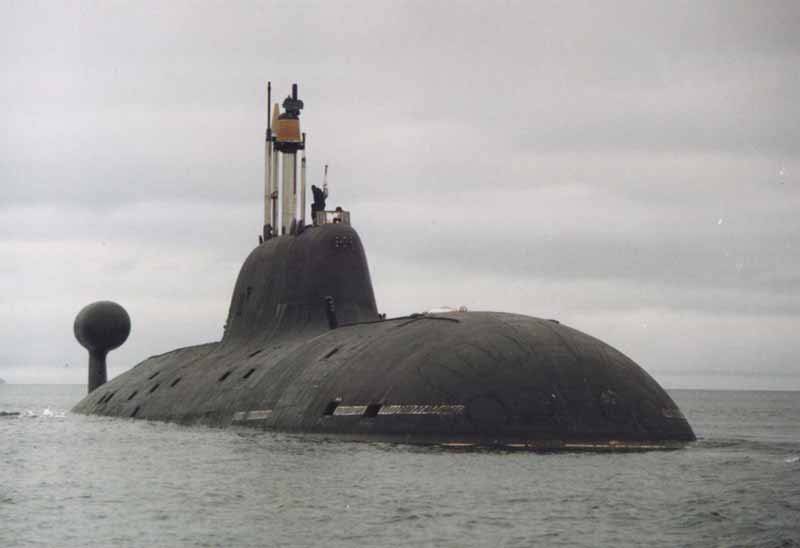 The solemn ceremony of the anthems of the two countries was opened, after which an Indian flag was hoisted onto the submarine, and a veil hiding the new Indian name of the submarine, Chakra, was removed from the felling. As one of the participants of the event said, at the request of the Indians, the media representatives were not allowed to attend the ceremony. He noted that the management of the submarine will be carried out exclusively by the Indian crew, without the involvement of Russian specialists.

The act on the transfer and transmission of the nuclear submarine "Nerpa" on lease for the Indian Navy for a period of 10 years was signed by the Indian and Russian sides back in December of 2011. The cost of the contract is more than nine hundred million dollars.

Representatives of the Navy Headquarters reported that at the time of the signing of the documents, all the checks and tests of the Nerpa submarine at sea were successfully completed. It was also clarified that the "Nerpa" will be assigned to the military base Visakhapatnam of the Eastern Command of the Indian Navy.

"Nerpa", K-152 on the project 971 "Pike-B", is a representative of the third-generation nuclear submarines of Russia. We laid the submarine back in 1991 at the shipyard located in Komsomolsk-on-Amur, but in the middle of the 90's due to lack of funds, the construction of the boat was frozen. Further construction of the submarine became possible only after funding from the Indian side.

The boat was supposed to enter the Indian Navy back in the 2009 year, but this was prevented by the external fire extinguishing system LOC (boat volume chemical protection) prevented during the sea trials in the waters of the Sea of ​​Japan. The compartments were filled with freon, which led to the death of 20 people and hospitalization with the poisoning of another submariner 21. At the time of the incident on the submarine was 208 people.

On the boat, a set of restoration works was carried out, a fire extinguishing system and some other equipment were replaced, after which the Nerpa submarine successfully completed the planned test cycles and at the end of 2011, it became part of the Russian Navy.

The submarine has a displacement of 12770 tons, accelerates to 30 nodes. The limiting depth of the Nerpa submarine is equal to 600 meters, the autonomy of navigation is one hundred days. The crew includes 80 people. It is assumed that the operation of the submarine will allow training crews for the submarine fleet of India.

The Nerpa submarine is armed with torpedoes, torpedo missiles and Granit cruise missiles with a target range of up to 3200 kilometers. However, due to the introduction of an international agreement to control nuclear non-proliferation weapons restrictions, the submarine transferred to India cannot be armed with long-range missiles. Therefore, instead of KR “Granit”, the submarine is equipped with the “Club-S” missile system, whose firing range is about 300 km.

In total, 1984 submarines of this project were built from 15. In 1988, India received, then from the USSR, the K-43 “Chakra” submarine of the 670 “Skat” project on lease for a period of three years. In 1991, the leasing period ended and, as experts noted at the time, because of pressure from the leadership of the United States, the Soviet leadership did not renew the lease.

Various media outlets reported that the Indian military was disappointed in the fighting qualities of the Nerpa submarine. In particular, they are not satisfied with a rather unreliable armament, since the torpedo guidance system regularly fails. There was even information that representatives of the Indian Navy would like to abandon the contract, but they cannot do this, since considerable funds were spent on the construction of the Nerpa.

Ctrl Enter
Noticed oshЫbku Highlight text and press. Ctrl + Enter
We are
India intends to rent another Russian submarineAs part of Vladimir Putin’s visit to India, a number of large MTC contracts are expected to be signed.
Military Reviewin Yandex News
Military Reviewin Google News
25 comments
Information
Dear reader, to leave comments on the publication, you must sign in.