The Bastion complexes have joined the discussion about the South Kuriles. 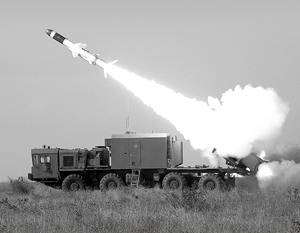 Russia announced the deployment of the bastion and ball missiles on two of the four islands of the Kuril ridge, which Japan claims: Iturup and Kunashir. As is known, the two other islands - Shikotan and Habomai - could theoretically be the subject of a compromise with Tokyo. It is possible that the location of the complexes itself contains a certain political hint for Japan.

The message from the Pacific Fleet came on the eve of Vladimir Putin's visit scheduled for 15 in December to the Land of the Rising Sun and amid talk of the imminent compromise of the two countries on the Kuril Islands. As the newspaper VIEW, wrote in October, Foreign Minister Fumio Kisida said that Japan is ready to discuss the return of only two of the four islands - Habomai and Shikotana. Russia has so far placed new weapons only on two other islands - on Iturup and Kunashir. This can be interpreted as a hint that Moscow does not consider these two islands at all the subject of a possible compromise.

The islands have become "yacht"

Back in March, Defense Minister Sergei Shoigu warned that "Bastion" and "Ball" will be deployed in the Kuril Islands before the end of the year. Last year, the Tor-M2U anti-aircraft missile systems were also put on combat duty there. In addition, it is supposed to transfer drones to the Kurils. It was reported that the military are exploring the possibility of creating a base for the Pacific Fleet on the islands of the Great Kuril Ridge.

In July, the representative of the Pacific Fleet, Vladimir Matveyev, reported that the coastal forces of the fleet conducted the first shooting from the "Bastion". Matveyev stressed that the missile division had successfully destroyed the sea target, having previously broken 200 km and immediately deployed the equipment in an unequipped position. According to him, the shooting was carried out on one of the landfills in the Primorsky Territory. They attracted a total of more than 200 military and about 20 units of equipment. “It is planned that“ Bastion ”will take up combat duty in August of this year,” TASS quoted Matveyev. A report from the fleet newspaper confirms that this has already happened.

The coastal missile system “Bastion” is equipped with “Onyx” (“Yakhont”) missiles. It is designed to destroy surface ships of various classes and types. One complex, the ammunition of which can include up to 36 missiles, is able to protect more than 600 km of the coast.

The coastal missile system (DBK) "Bal-E" is designed to control territorial waters and torrential zones, protect naval bases, other coastal facilities and coastal infrastructure; protect the coast on landing-dangerous directions. The range of destruction - 120 km with X-35 missile and 260 km with X-35 missile. Remoteness of the starting position from the coastline - to 10 km.

On the eve it became known that the "Bastion" was deployed at the opposite end of the country - in the Kaliningrad region.

“It should be emphasized that since the post-Soviet period, Japan has not been viewed as a potential adversary. The threat of conflict with it was not considered real. In addition, we now have a very positive trend in relations with Japan. However, the South Kuriles are still a disputed territory, which means that military units remain there, ”Vasily Kashin, an expert at the Center for Analysis of Strategies and Technologies, explained to the VZGLYAD newspaper. - 18-I machine gun and artillery division from Soviet times, sitting on these islands. Now it has been reformed, since it has become impossible to rely on the system of long-term fire installations, as it was before. ”

"Termites" disappeared from the islands

In addition, all units in the Southern Kuriles are planning to retool with the new generation, Kashin noted. “Gradually, they get new armored vehicles, artillery, air defense is increasing. In Soviet times, there were once Termit coastal complexes that were outdated and decommissioned. And instead of them put modern systems that complement each other. The Bastion is a heavier supersonic missile, and the Ball is a less heavy subsonic low-flying anti-ship missile. That is, in addition to the ground forces, an anti-shipping group is also being created, ”the expert emphasized.

“This is a planned process that simply allows us to prevent a decrease in the potential of troops on the islands. They rearmament for a very long time. Even in Soviet times, units on these islands did not shine with modern weapons. For example, in the Russian army, the South Kuril Islands were the last place where until the middle of the second half of the two thousandths were actively used Tanks T-55, ”Kashin recalled.

Other experts believe the military threat from Japan is quite real. “Japan has one of the most powerful fleets in the world, one of the most powerful armies that potentially compete not only with our group in the Kuril Islands, but with all of China. So, of course, there are potential targets for anti-ship complexes there, ”said Vadim Kozyulin, a professor at the Academy of Military Sciences, told the newspaper VIEW. “We have a large water area there, fish resources are a conflict zone.”

But the professor does not consider the appearance of “Bastions” on the islands on the very eve of Putin’s visit to Japan to be a political gesture, just as the simultaneous appearance of “Bastions” in the Kaliningrad region. “The military, of course, does not care about who said what and who threatened politicians with what. They simply do their work, maintain the combat readiness of the armed forces, ”said Kozyulin.

In contrast, Viktor Pavlyatenko, a leading researcher at the Center for Research of Japan at the Institute of Far Eastern Studies of the Russian Academy of Sciences, believes that the deployment of the Bastions is also a political signal from Japan, and it was no accident that rockets appeared only on Kunashir and Iturup. “This is a signal that regardless of any negotiations on these islands, all the necessary measures will be taken to strengthen their defense capability,” he told the VIEW newspaper.

“The reaction of the Japanese was initially negative. It was clear to them that there could be no talk at least about these two islands. And it will not affect our plans for signing the contract. The Russian president said that the agreement should be signed, but no need to hurry. This is a policy, both from the other side. Each side is trying to secure its own national interest. And if Japan now starts talking about an imaginary “Russian threat”, then all the talk about a peace treaty and some solution - not yet found, but with the desire to find it - can be put aside, ”concluded the expert.