In Russia, problems with recruitment into the army are expected because of the “failure in demography” in the 90s

November 23, 2016
133
Vladimir Putin predicted problems with recruiting into the armed forces due to the disastrous demographic situation in 90, reports RIA News. 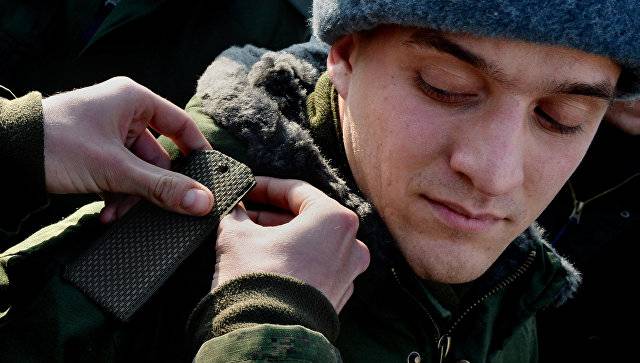 “We all know and remember well, in 90's we had a big failure in demographics. In this regard, we will have problems in the near future even with recruitment. Because this trend of failures, it will make itself felt through ... it makes itself felt now, in the near future ",
President said at the final action forum ONF.

At the same time, he noted that, starting from 2007, the birth rate in Russia began to grow, and "in the last three years, natural population growth began."

“This is a great achievement for you,” Putin added.

“Let me remind you that in these (90-s) years, our population was reduced by about a million people - more than 900 thousands per year, the population of Russia became smaller and smaller, smaller and smaller - by a million. Imagine? Nightmare! The UN experts said that to us, that somewhere by 2020, we will have somewhere 140 million people due to a permanent decrease of a million. We have broken this trend with you, ”said the head of state.