November 24, 2016
17
"Ulyanovsk" (order С-107) is an unfinished atomic heavy aircraft carrying cruiser (ATAVKR) of the 1143.7 project. Due to the difficult economic situation that developed after the collapse of the USSR, the construction of the ship was stopped. Disassembled on the stocks in 1992 year.


1 November 1991 of the year ATAVKR "Ulyanovsk" was expelled from the Navy, funding for the project ceased. For some time, the plant carried out assembly and assembly at its own expense, but at the beginning of 1992, after the collapse of the USSR, Russia and Ukraine finally abandoned the ship's further construction. 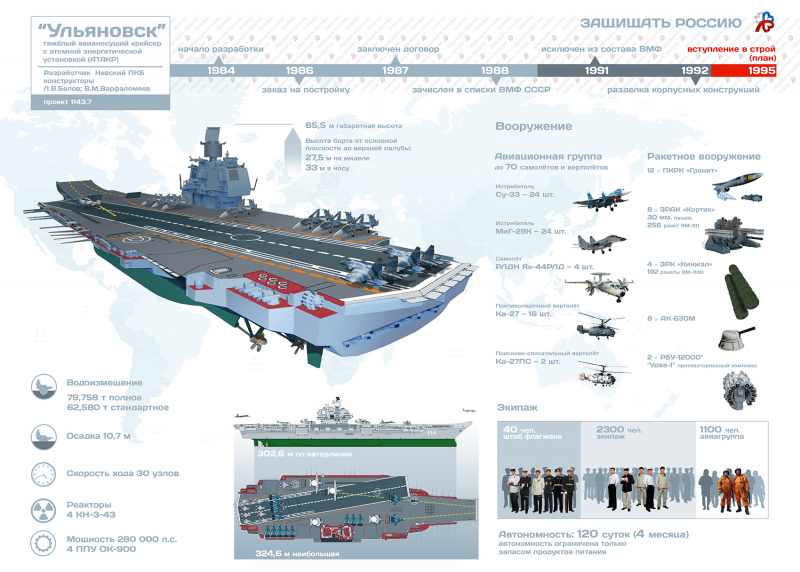