France has got its Trump

November 23, 2016
24
The leader of the French primaries of the Republican center-right party unexpectedly (approximately as unexpectedly as Mr. Trump won in the USA) was Francois Fillon. This is an experienced politician who is considered a supporter of conservative values, establishing a dialogue with Moscow and the opponent of the Trans-Pacific Partnership promoted by the United States. In general, a kind of European Trump. 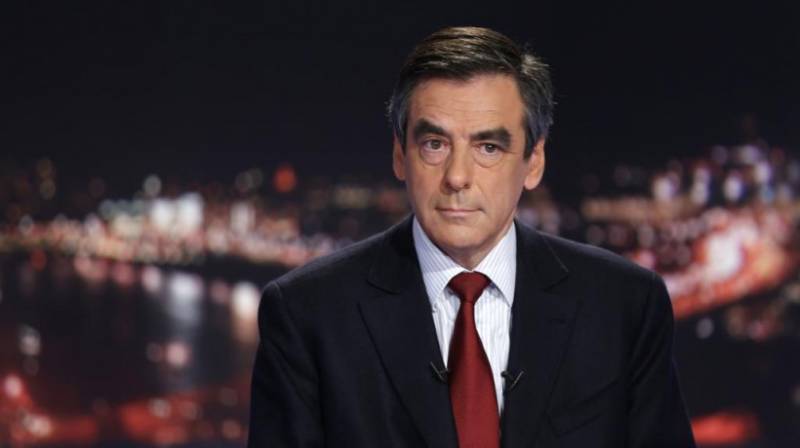 In Europe, a sensation: in France for the primaries, Francois Fillon suddenly won.

Many observers put on the “horse” of Nicolas Sarkozy, however, to the surprise of the masses, he lost by a large margin in the primaries (got only 20% of votes and did not even go to the second round, which should determine the single candidate for the presidential election from French center-right) . Having lost miserably, Sarkozy decided to leave big politics and supported the former prime minister (2007-2012) Francois Fillon, who won the 44% for the primaries and was ahead of another former French prime minister, Alain Juppe (27%, according to other data, 28% votes).

“I do not feel bitterness, I do not feel sadness, I wish my country the best,” Monsieur Sarkozy quotes "BBC". Something like Medvedev's pearl about the "hold on" and "all the best", is not it? With the difference that Sarkozy does not rule the country now. However, this is not about Medvedev and not about Sarkozy.

Francois Fillon says that France has never been closer to the moment of acquiring “Margaret Thatcher’s own”, writes "The Financial Times".

The politician adheres to the position of the most favorable free market for business, insists on raising the retirement age, eliminating the limit of weekly working hours, reducing social benefits, and at the same time is a supporter of reducing the tax burden for business. His other undertakings, becoming president, will undoubtedly lead to trade union objections, mass strikes and protests. However, this man said that he was ready to take over the trade unions.

The 62-year-old politician reported this to The Financial Times correspondent in his office in the National Assembly in Paris: “At some point, the unions must feel determination and strong will.”

Amateur racer, Monsieur Fillon, says his recipe is speed. He will enact laws in the form of decrees and will create a "shock" to eradicate the "gloom of the French."

In theory, the measures proposed by Fillon could lead France to a free market revolution. Most likely, the candidate of the right-wing forces will be held for the presidency. The left camp showed complete failure: the current president, Francois Hollande, this “socialist”, has an approval rating of only 4 percent! Neither he nor any other left candidate is able to qualify for a high post.

Fillon is the father of five children, he is married to a Welsh wife, a conservative Catholic. Of course, he voted against same-sex marriage. Back in the days of Jacques Chirac, he created a reputation for himself as a man who can reach compromises in working with trade unions. But now with the compromises, it seems, is over. Monsieur Fillon says that he decided to “quit” a soft approach after realizing the fragility of French finance: he noted that already in 2007, the country was “in a state of bankruptcy”. “My program is not ideological,” the winner points to the primaries.

In diplomacy, Fillon assumes to be guided by pragmatism. He advocates rapprochement with Russian President Vladimir Putin, including on the issue of "unblocking" the military and political stalemate in Syria.

Appeared in the press and some specific indicators.

It was not for nothing that the politician compared his own program with the measures of Margaret Thatcher (British Prime Minister in 1980-s). Bruno Cotre, a Science Po professor, considers Fillon to be a classic conservative right-wing candidate and at the same time a supporter of deep reforms.

If the candidate wins the election, he will increase the working week from 35 hours to 39, raise the retirement age to 65 years, add quotas for migrants. Fillon is also going to cut 250 thousands of civil servants and reduce budget expenditures on 100 billion euros.

Will Marine Le Pen compete with him? Very difficult question.

In the National Front, Monsieur Fillon is found to be the strongest contender. Le Pen, Jean-Christophe Cambadeli’s fellow party member, has already told the newspaper Le Monde that Fillon’s conservative views can take votes from Marin, since competitor’s views “are not so different from the National Front’s platform on identity and family issues.”

Elena Kondratyeva-Salghero, journalist (France), editor-in-chief of the Paris literary anthology "The Verb", leads in a newspaper "Sight" opinion of the “most average and anonymous French voter”. We quote its fragment:

Political analyst Mikhail Neizhmakov commented on the results of the first round of the French right-wing internal party primaries "Arguments and Facts".

“The phenomenon of Fillon the prime minister is very interesting,” the expert believes. - As a rule, in France, the head of government under the President of the same party member took upon himself the whole blow of criticism and “sacrificed” public opinion, resigning in the middle of the presidential term. For example, in the second presidential term of Jacques Chirac, when he could rely on the right majority in parliament, two prime ministers changed: Jean-Pierre Raffarin, who resigned as one of the most unpopular French heads of government in recent decades, and Dominique de Villepin, who after working in this post I had to forget about presidential ambitions. On the contrary, Francois Fillon headed the government during the entire rule of Nicolas Sarkozy, and at the end of the last presidency he was ahead of his boss in popularity. ”

But the government, led by Prime Minister Fillon, was implementing at that time a series of unpopular measures in the field of the pension system and labor law, which Sarkozy planned. And they were accompanied by mass protests.

The ability to carry out unpopular measures and at the same time "not to drown" Monsieur Fillon has demonstrated before. In 2002-2004 as Minister of Social Affairs, Labor and Solidarity, he carried out the transformations included in history as "Fillon's law". But even the trade union representatives who opposed him at that time noted the openness of the minister for dialogue, says Neizhmakov.

Trump's victory, and now Fillon’s success has become a sensation for the West, notes "Free press".

Alexander Kamkin, a leading researcher at the Institute of Europe, RAS, said in an interview with the publication that the pace of globalization turned out to be so rapid that European inhabitants would not mind “slowing down”. And here supporters of the slowdown of globalization came to the fore.

If it happens that Trump will meet in Washington, Merkel will rule in Berlin, and Fillon will rule in Paris, then the “single EU anti-Russian line will be questioned,” the expert notes. True, to wait that Berlin will be forced to take a pro-Russian position, with Merkel still not worth it.

Given that N. Sarkozy has already supported F. Fillon, his victory in the second round of the primaries should be predicted (will take place this coming Sunday, November 27). On this day, the French will decide who - Fillon or Juppe - will participate in the presidential elections from the party "Republicans".

If the primaries win Fillon, he will be the main rival of Marine Le Pen.

Recall the elections in France will be held in the coming spring - April 23 2017.