The Ministry of Defense ordered maintenance of T-34 tanks

November 22, 2016
109
The Ministry of Defense of the Russian Federation on the website of public procurement placed an order for the restoration of 3 tanks T-34-85, located in Alabino (in the park of the 2nd Taman Motorized Rifle Division), which on May 9 of next year will take part in the Victory Parade, according News. 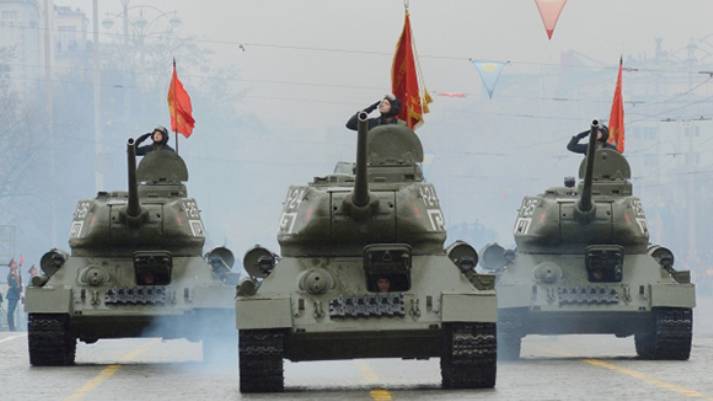 “During the work on the machines, various fastenings, technical connections, nozzles and mechanisms will be checked in the engine compartment, in the fighting compartment, at the place of the driver. Oil, coolant, oil, air, and fuel filters will also be replaced. Representatives of the Defense Ministry’s Main Armored Directorate will accept the work, ”the newspaper wrote, citing explanatory documentation.

Military historian Alexei Isaev: “T-34-85 is a very capricious machine by modern standards. Riding such a tank is not sugar. Even in 1945, the Red Army’s combat documents found much criticism of the design of this vehicle. In particular, the main friction clutch, which inexperienced driver mechanics very often incapacitated. Therefore, the "thirty-fourth" requires meticulous maintenance, even if they are just standing in warehouses and are not in use. It is necessary to regulate traction, carefully monitor the level of technical fluids and carry out other work. ”