Exploration over the ocean. How to detect a nuclear cruiser 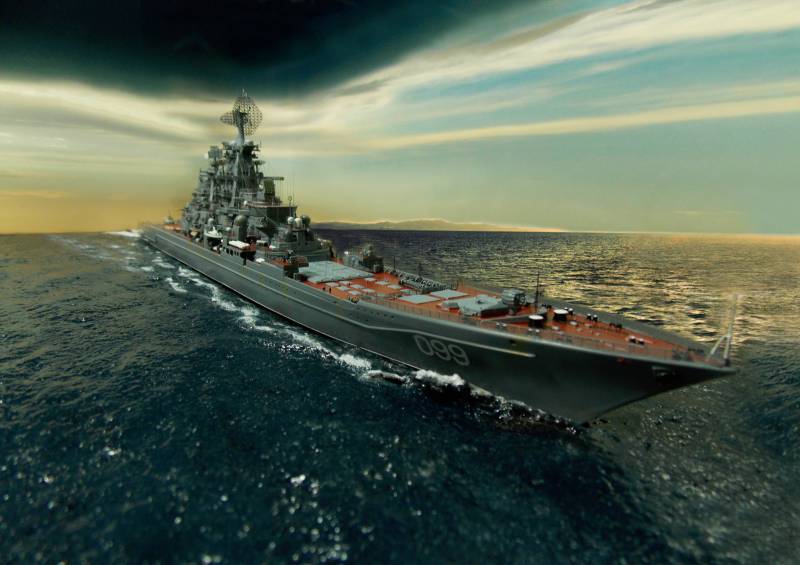 The scandal with the sailor, whose selfie in the social network issued the position of the cruiser "Peter the Great", deserves a separate article.

What is dangerous access to the Internet on board a warship? And is it the fault of the sailors who have posted on the network pictures of their campaign?

Let's see what the Dutch journalist Hans de Vray saw in reality when he announced the discovery of a cruiser from a photo on the social network. 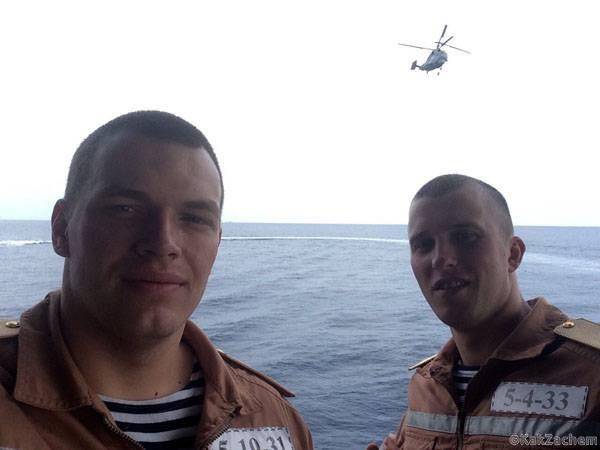 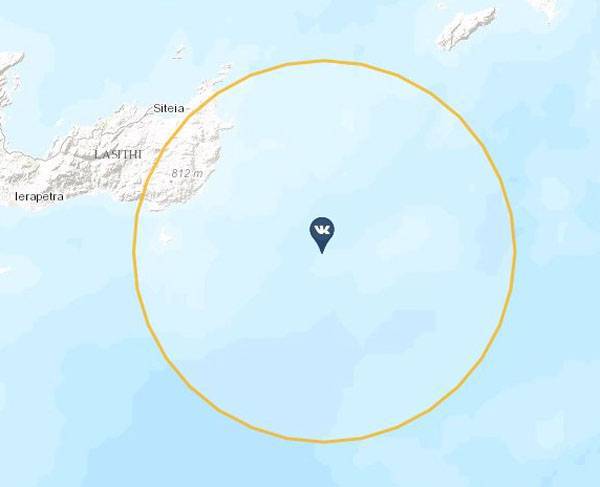 The scandal must begin not from a sailor, but from the question: is there a cellular connection or accessible WI-FI on the atomic cruiser? User GUEST, no password required.

Then everything depends on the issue of data transfer to the mainland. Is it possible to access the Internet using the ship's Coral satellite communications system or, say, the small-sized P-438M satellite station? Something suggests that all these devices use coded channels, transmitting information through military repeaters such as "Lightning-3" (high-elliptical orbits), "Globus-1" (GSO), etc.

With the help of special communication means, you cannot send an e-mail, not to mention the possibility of “posting bows” on Instagram. Ha ha ha.

Civilian wi-fi and affordable Internet on a warship - from the realm of fantasy. Judge for yourselves, 12 radars are installed on Petra, not counting the antenna communication devices and radio beacons of the helicopter drive system. The equipment is not acidic, so much so that the problem of compatibility of RT-systems is a headache for the designers of warships. 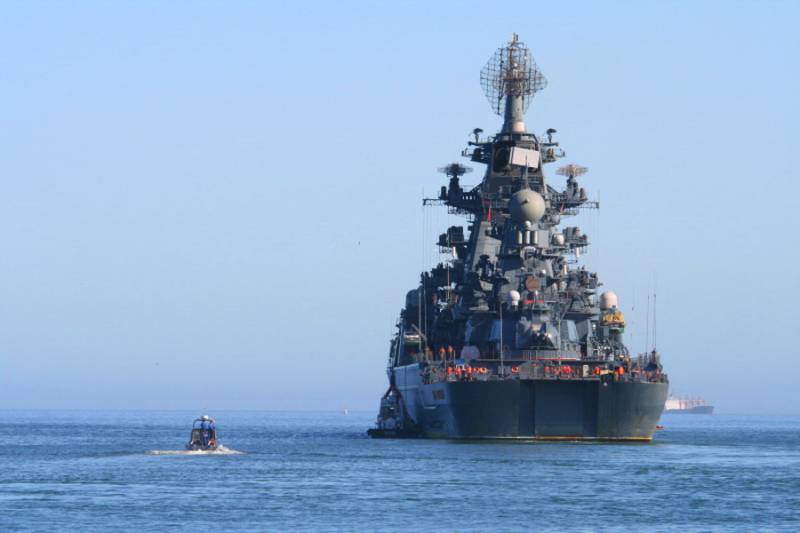 The standard range for Wi-Fi is 2,4 GHz, which exactly corresponds to the operating frequency of the multifunctional Frigate radar (decimeter S-band, 2 ... 2,5 GHz). By the way, its radiation power is 30 kilowatts.

As for satellite communications ... the Sheffield destroyer was immediately remembered. For the sake of eliminating interference during a conversation with London, his commander ordered to turn off the radar. For Sheffield, it has become fatal.

Since then, computers have changed beyond recognition, but the radio wave bands remain the same. Working radar creates a barrage of mutual interference.

Does anyone seriously think that our sailors will turn off the atomic cruiser radars for the sake of being able to put “likes” on the social network?

CONCLUSION: the sailors have posted a photo of the network, already being on the shore. While, when the label "Mediterranean, southeast of Crete" no longer corresponded to the real position of the cruiser.

Where and how this photo was posted - there is no information on this. All last weeks TARKR is in the open sea. Information about his visits to foreign ports was not received. The most logical assumption is that this selfie (self-shooting photo) was made during another “Peter” campaign, for example, in 2014 year.

The camera sees more than the eye.

All modern smartphones register GPS data in photo properties, so-called. geotag At the time of uploading a photo to the Internet, the place where the photo was downloaded was not displayed (for example, Moscow), but the place where it was taken (say, Peter). If desired, the function of determining the location can be turned off, although will there be any practical sense?

You were in this place at a specified time. Such a number of "nadtsatogo" year. Now you are no longer there. Everything!

Guiding rockets on geotags is the same as shooting without aiming.

Is it possible to determine the exact position of the cruiser according to GPS /
Glonass (at the time of getting a selfie)? The answer is of course not. The smartphone only receives signals from satellites, but does not transmit anything in response.

Is it possible to fix a cruiser at sea with the included mobile in the sailor’s pocket? With the same success, you can, while standing on the track, listen to the breath of a KamAZ driver.

The radiated power of the smartphone 30 thousands of times lower than that of the radar "Frigate"! This is not the most powerful shipborne radar.

A note about the capabilities of space intelligence.

In the ensuing discussion at the "VO" a statement emerged that the sailor of "Peter the Great" could not give out military secrets, because ... there is no secret. Thanks to reconnaissance satellites, the Pentagon knows the exact position of the cruiser at any given time!

It is not true.

Intelligence satellites see quite a bit, but, most importantly, they can only occasionally (two or three times a week) fly over a selected section of the ocean. 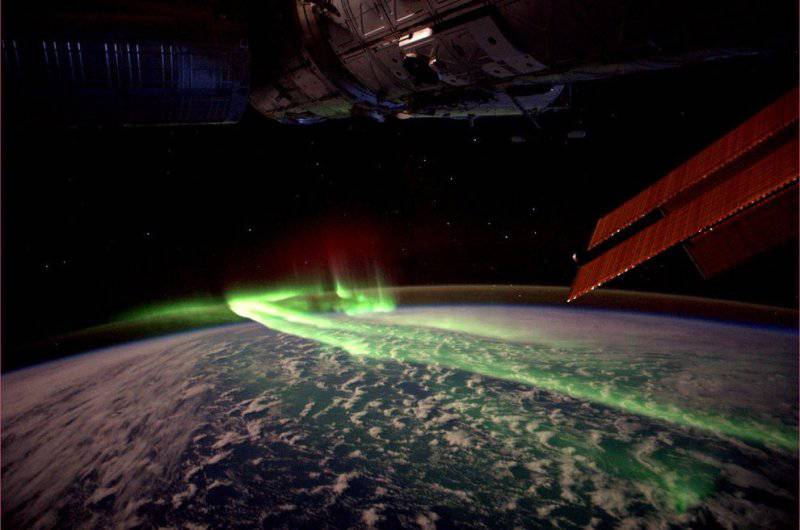 For some, it will be a revelation.

The earth rotates at a constant angular velocity of ~ 15 ° per hour. An artificial satellite, depending on the parameters of the orbit, makes one revolution in time from 90 min. up to 24 hours. As a result, with each orbit the satellite “lags behind” by 25 or more degrees. longitude Having completed one orbit, it turns out to be a completely different place — with each revolution, the projection of the satellite orbit shifts to the west thousands of kilometers.

The exception is the geostationary orbit, but it is too high (35 thousand km, 100 times farther than the orbits of military reconnaissance satellites). From this height, the scout will not see anything except the vague contours of the planet. Secondly, the GSO passes exclusively over the equator.

To be able to periodically (every few hours) check the situation in any area of ​​the ocean, a group of dozens of low-orbit satellites will be required. No country in the world has such opportunities. 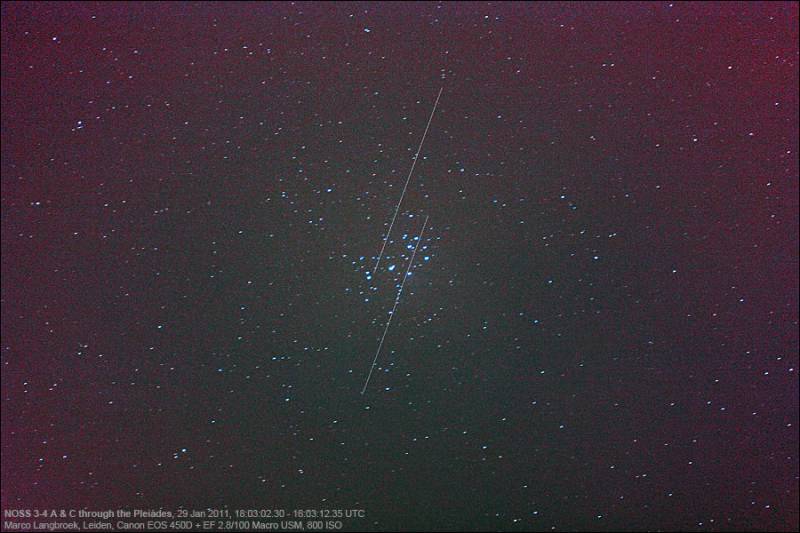 The American naval intelligence system Naval Ocean Surveillance System (NOSS) has only three operational spacecraft. Domestic "Liana" consists of a single satellite electronic intelligence "Kosmos-2502". Its predecessor, the Legend MKRTS, also did not provide prompt data updates due to the lack of spacecraft.

Certain success is being made by China, which launched the three Yaogan maritime intelligence satellites of the three previous years in 14. But even this amount is not enough for permanent control over a given square of the world ocean.

What do satellites see?

The low frequency of data updates is an important, but not the only problem of space reconnaissance. As you may have guessed, spacecraft is difficult to see anything in detail from a distance of 500-1000 kilometers.

No need to refer to Google maps - high-resolution images of European cities were taken from the aircraft. On a summer cloudless day, with the position of the Sun not lower than 30 degrees. above the horizon.

There are no pictures of the ocean at all - all that you see is a continuous animation (it is proved by the complete absence of traces of ships).

The quality of satellite images leaves much to be desired. But the main problems of the optical range remain light and weather. The satellite does not see anything on the evening and night sides of the planet, just as it will not be able to see the part of the surface hidden by clouds (a fairly frequent atmospheric phenomenon, isn't it?).

However, to distinguish a large ship in a satellite image is quite simple. More precisely, not the ship itself, but its wake trail stretching for many tens of kilometers behind it. 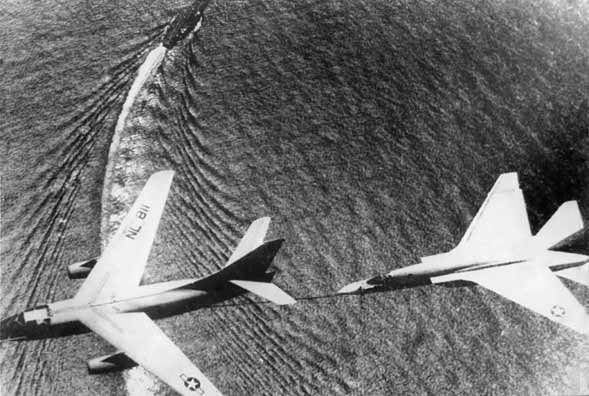 But this is only on the condition that it all randomly fell on a picture from space. Just like that, it is possible to “scan” ocean expanses for the presence of a ship until the end of time. Just as it is impossible to detect and continuously, for many hours and days, accompany a naval target from space.

R-time - and the satellite pointed its cameras at a given object! This is only possible in Hollywood action movies.

The weak attenuation and transparency of the atmosphere for radio waves contributes to the development of radio engineering and radar reconnaissance. On the other hand, the cost of a satellite with a radar can be hundreds of hundreds of millions of dollars. For obvious reasons, they can not be built in the required quantity. They are not able to work in the shadow of the Earth, and only the USSR ventured to bring into orbit reconnaissance aircraft with a nuclear reactor (of course, the idea turned into a farce).

The most promising direction was the military satellites of passive radio intelligence, but they are able to see only radiating targets. And only if they accidentally fall into the zone of their review. 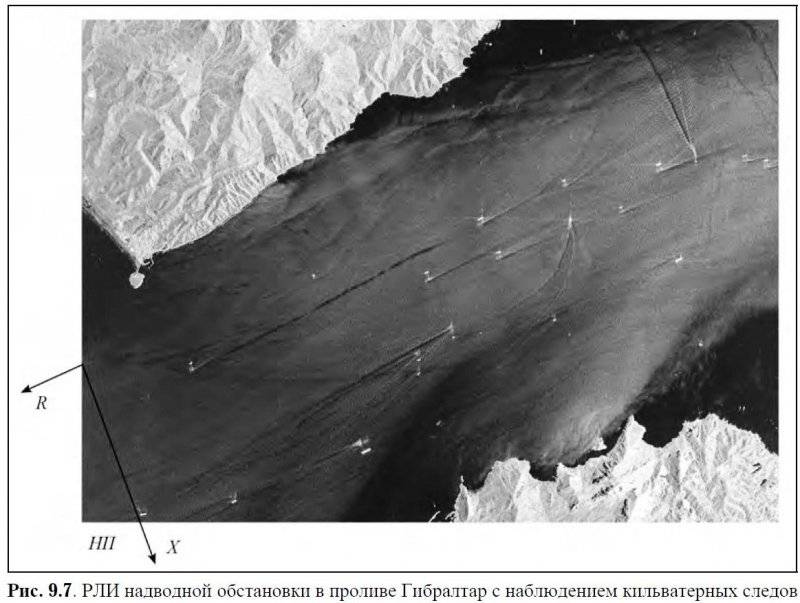 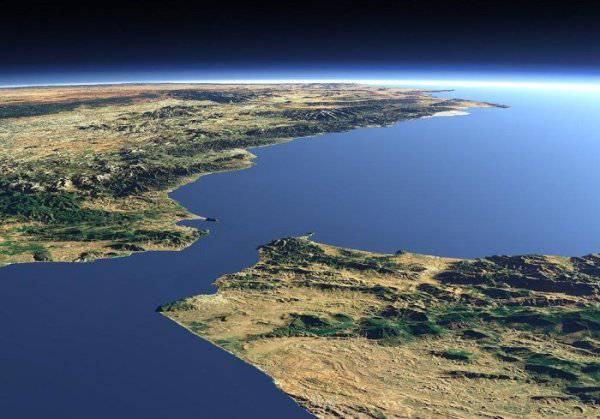 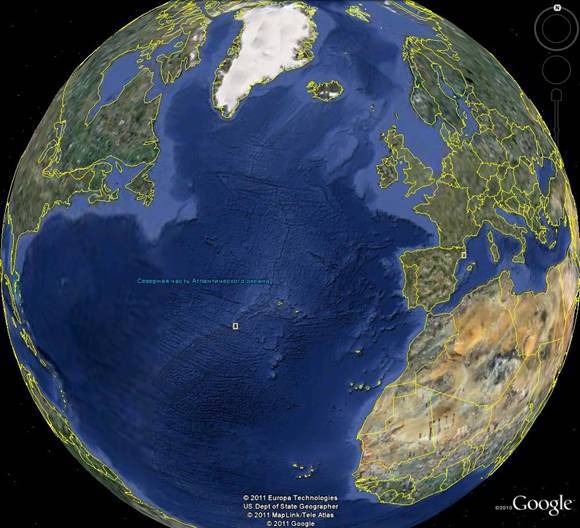