November 21, 2016
17
Repair of the strategic submarine Ryazan (project 667BDR) will be completed before the end of 2016 g, reports Flotprom with reference to Interfax. 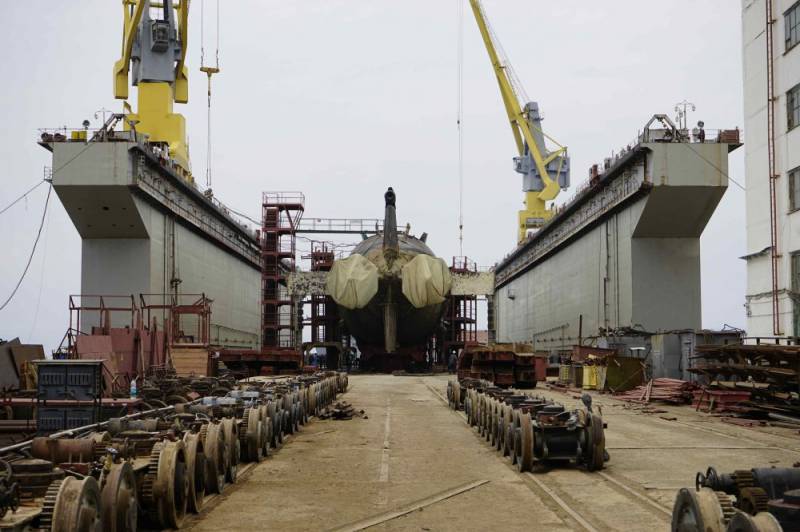 The nuclear submarine "Ryazan" in the pladok "Pallada"

Repair work is carried out by the Far Eastern plant "Zvezda" (DCSS).

The publication notes that last year representatives of the Ministry of Defense announced the return of Ryazan to service before the start of 2016. The same was said about the Kuzbass submarine (project K-490), but its restoration was delayed.