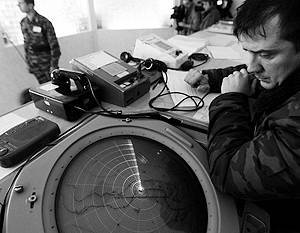 Colonel-General Alexander Zelin on Saturday promised that the Russian capital and the center of the country would soon begin to defend "a significant number" of the C-400 and C-500 anti-aircraft missile systems. He also said that the fifth-generation Russian aircraft will surpass "all the best world analogues" and commented on the deployment of the Russian Air Force in Abkhazia.

The air defense of Moscow and the Central industrial region of the Russian Federation is rearming with new types weapons, including on C-400 anti-aircraft missile systems and in the future C-500, Commander-in-Chief of the Air Force Col. Gen. Alexander Zelin said on Saturday.

“We have an air defense system in Moscow and the Central Industrial District (TsPR), which functions to fulfill its tasks, naturally undergoes changes, is being reequipped for new types of weapons,” he said RIA “News».

Alexander Zelin emphasized that all issues related to the air defense of the Russian capital and the central missile defense are resolved within the established time frame - how aviation, and directly by the air defense forces. And to improve this protection, the Russian army will acquire modern equipment.

“Before 2020, we will purchase a very significant amount of C-400. This is not about a few anti-aircraft shelves, but about a significantly larger number. It is also about the C-500 anti-aircraft missile systems, ”the Air Force Commander stressed.

He is convinced that the delivery schedule will be maintained: "All plans that we have proposed, reviewed and approved, since the development of air defense, aerospace defense and missile defense are a priority in the construction of the Russian Armed Forces," he explained earlier to ITAR -TASS

It should be noted that now there are three divisions of the C-400 “Triumph” anti-aircraft missile systems (ZRK) in service with the Russian army. The first division was put on combat duty in 2007 year in Elektrostal near Moscow.

As for the C-500 system being developed, Major-General Sergei Popov, head of the anti-aircraft missile forces of the Air Force, said a month ago that she would be able to destroy even prospective air targets. “Those modern airplanes that our probable adversary has and are currently developing are not a big problem even for satisfactorily prepared calculations of anti-aircraft missile forces,” he explained.

“The new system, which is currently being developed, C-500, has taken the next next step, at least advancing our likely adversary by 15-20 years,” said Sergei Popov.

“To surpass all the best world analogues” will be the newest fifth-generation Russian aircraft - a promising front-line aviation complex (PAK FA) T-50, which is being built by Sukhoi, said Alexander Zelin, commander-in-chief of the air force, on Saturday.

He emphasized that at the present time there are neither organizational nor technical problems to solve this problem: “Everything is proceeding according to plan, on time. In the 2013 year, we must get a preliminary opinion that will allow us to begin purchasing new aircraft. From 2015, the aircraft will begin to flow into the troops, ”the commander-in-chief said, adding that the Air Force command plans to purchase more than 60 T-50 aircraft.

Earlier, First Deputy Defense Minister Vladimir Popovkin said: “With this machine, the sequence is as follows: For the time being, we are testing one machine. By the end of this year, another aircraft should appear. During 2011 – 2012, we plan to complete all tests of the PAK FA glider. And in 2013, we will conclude a contract for an installation batch of ten aircraft to test the entire aircraft armament range.

To confirm its tactical and technical characteristics, you need to perform about 3 thousand flights. If the work went only with two cars, it would have taken ten years. ”

“We hope to complete the first phase of testing by the end of 2013. And with the 2016, we will start the mass purchase of fully tested machines, along with aviation weapons and ground-based technological equipment, ”he concluded. At the moment, the needs of the Air Force in aircraft of this type are estimated at 50 – 100 machines. “It’s hard to say how much you can get. Everything will depend on funding. But in any case, such orders are registered in the new program, ”said Popovkin.

Commenting on the bases of the Russian air force in Abkhazia, Zelin said on the air of Ekho Moskvy radio station: “We don’t seek to threaten anyone, we simply solve the tasks we have set.” The high-ranking military officer reminded that there are relevant agreements between the Russian Federation and Abkhazia. He also noted that the flights of the Russian Air Force from the Babushar airfield in Sukhum will be resumed.

“I do not see any problems with the presence of the Russian Air Force in Abkhazia. We, together with the leadership of Abkhazia, should reanimate and ensure regular flights from the airfield in Sukhumi so that Abkhazia can communicate with the whole world, no matter what, ”the commander of the Air Force emphasized.

Recall, after the commander-in-chief of the Russian Air Force announced that Russia had deployed the C-300 system on the territory of Abkhazia, on Wednesday, Georgian State Minister for Reintegration Temur Yakobashvili described it as “an inadequate step of Russia towards Georgia”.


At the same time, in his opinion, the deployment of the Russian C-300 system on the territory of Abkhazia is directed more against NATO and the US, which deploy their missile defense systems in Eastern Europe, rather than against Georgia.