The President of Russia in Peru made a statement on a meeting with Obama, the detention of Ulyukaev and on the Kuril Islands

November 21, 2016
99
Russian President Vladimir Putin made several statements during a press conference in Peru, where an APEC summit is being held. Having held personal meetings with Chinese President Xi Jinping and Japanese Prime Minister Shinzo Abe, the Russian president noted that the dynamics of trade and economic cooperation with China are improving and preparations are under way for a visit to the Japanese city of Nagato. At the same time, in personal conversations of Vladimir Putin with the aforementioned leaders, the heads of state called each other exclusively friends.


From the statement of the President of the Russian Federation on the possible signing of a peace treaty with Japan:
I would not like to get ahead of myself on the issue of the main problem we are dealing with - the preparation and signing of a peace treaty. I think that for both Russia and Japan the absence of such a treaty is an anachronism of the past, which prevents us from moving forward and developing. Our position is well known: what concerns the Kuril Islands is the result of the Second World War, and we believe that today it is a sovereign Russian territory, enshrined in international documents. I recall that in 1956, a corresponding document was signed between the USSR and Japan, where it was assumed that two islands would be returned to Japan. It was not said on what basis, under whose sovereignty the two islands will remain, under what conditions they will be transferred.

The Russian president also spoke about the meeting "on foot" with the current US President Barack Obama (quote RIA News):
We noted that although the dialogue between us was not easy, it was sometimes difficult to work with each other, but both I and President Obama noted that we always respected each other’s positions. I thanked for the years of working together and said that at any time, when he considers it possible, if there is a need and a desire, I will be glad to see him. 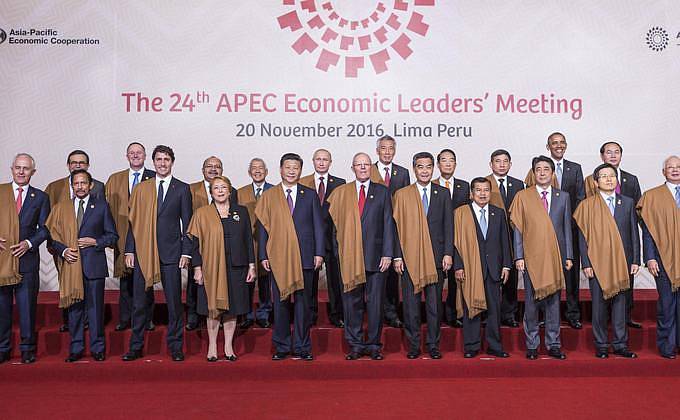 The conversation, as noted by the Russian leader, was "very brief."

Vladimir Putin made a statement regarding the detention of the Minister of Economic Development of the Russian Federation Alexei Ulyukayev. According to the Russian president, this is “a very sad fact.”

After asking the journalist to make a comment on this issue, Vladimir Putin said:
Well, here to comment, this ultimately must comment on law enforcement and judicial authorities. Only after that it will be possible to say something in essence, but the very fact that this took place is a very sad fact. But I would like to say only that we will continue to carry out work related to the fact that we will not tolerate any manifestations of this kind. In my opinion, such actions of law enforcement agencies not only do not damage the business climate, but, on the contrary, only strengthen the business climate in Russia.

After that, the president noted that the law should be executed by every citizen of Russia, regardless of his official position.