November 21, 2016
84
Let us return to the photo I recently posted under the text about the captured Germans. It turns out that there is a description of her in the memoirs of Ivan Narcissov. 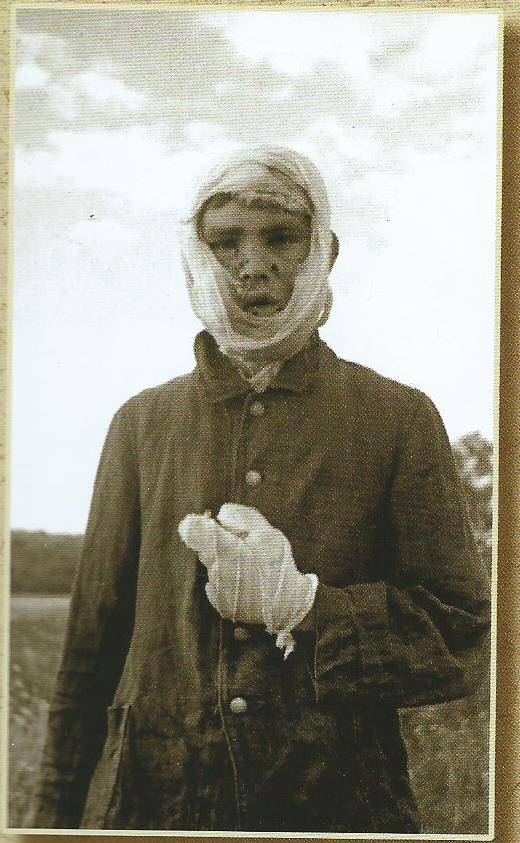 We are talking about the summer of the year 1944, when the 1-th mechanized Krasnograd Corps liberated Belarus. After the battle, Germans were captured by one of the villages near the house where they had previously located their headquarters. It was a house of a milkmaid with four children. During the occupation, the woman tried to hide her children, but they did not obey, they were very afraid for their mother and returned home all the time. The eldest was 11-12, the youngest was about seven.
These guys first jumped out to meet our fighters. Following them, like other peas, the rest of the boys and girls fell down. In the hands of Narcissova was a camera; apparently, therefore, his first and surrounded by a gang. Ivan Alexandrovich noticed that all the children had small plywood boards around their necks, on which numbers were painted in black paint. All the guys were numbered!

Narcissus began to ask what it was and where it came from. And while listening to the answers, shot these tags, broke them and threw them into the nearest pit. The children said that the police had come up with such a numbering at the very beginning of the occupation. We already knew that children can be skillful and fearless scouts and liaisons. They were afraid that the guys would start helping the partisans, and therefore counted them in such a savage way. The plates are forbidden to take off on pain of death.

At first, the guys did not believe that they could shoot for the removal of plywood. We decided that the Germans intimidated. And one boy (in the memoirs he is referred to as Vasily) took off the plate. On the first day he was captured. Vasily had a younger brother, and led him. Interrogated, but quickly figured out that the act Vasya - this is a protest against the new rules. Vasya and his brother were taken to the center of the village, they gathered all the guys. Announced: here, the younger tablet did not rip off, he is a good fellow. And the senior number was removed, he is a criminal. And shot.

The fascists expected that now the children would be frightened and would not even think about any actions. But Vasya’s death inflamed such hatred that on the same evening, even before curfew, many children gathered at Vasin’s brother and decided to get rid of the plates and throw them into the fire. Let the monsters shoot! Vasina's mother intervened when she heard the guys talk. She closed the stove with her and began to talk about the grief the children would cause to their mothers. The woman cried, remembered Vasya and said: “We now live for your sake. Then we will have no reason to live. Let these damned numbers hang for now. And we will save our strength to fight the fascists. Do not let them win now and leave the village empty, because we will not live without you. ”
And the guys left numbers. But children are children - and it so happened that one boy lost a sign. Grandmother did not let him out of the house, fearing for life. Yes, not kept in the four walls. The boy got out through the window. They grabbed him too. They did not shoot, they just beat me. From beatings and died ...

The Germans closed the school. Previously, several male teachers worked here - they were very old people, one of them with a stick. They were taken to a death camp. Look at this again forced the children. The children were lined up on one side of the street, and the teachers were placed opposite. Speaking forward, the fascist announced that the Germans had seized the traitors, who had instilled in students criminal thoughts about a great Germany. What did the boys and girls who looked into the eyes of their mentors feel at that moment? And what did the mentors feel, powerless at that moment to destroy the evil that created such a massacre? After all, they told the guys that good always triumphs. One of the teachers shouted: “Guys, there will be light, just not the end of the tunnel! Remember us! "...

... And now, in the summer of 1944, the guys told all this to Ivan Alexandrovich. Following him, they tore off their rooms and threw them into that pit. The children seemed to have regained their first and last names. Some of the tankers took matches, set fire to the hated tablets. Those did not catch fire immediately. Apparently, soaked with sweat and tears.

While all this was happening, the German prisoners stood motionless nearby. And suddenly one began to somehow move imperceptibly, moving behind the backs of others. If he didn’t do this, it is possible that they didn’t pay attention to him. But the guys have tenacious eyes. They noticed a bandaged prisoner and began to point at him: “This one! This shot Vasya and teachers hijacked! "

Our soldiers did not even have time to do anything, as a gang of boys ran up to the prisoners, clung to the German, dragged him forward. Tankers thought that now the guys would demand an immediate execution or some other death, more painful. But one of the children shouted: “Take a picture of him! Let the whole world know this Herod in the face! Everyone will spit on his photo! ”

So there was a picture. I do not know the fate of the fascist. And here is another episode. On the same day, the villagers began to see whether it was possible to patch up the huts. One woman began to shut down a broken window with boards. And one of the boys said: “It is a pity that we burned the plates. Plywood is not to blame, it could now serve for good ”. Fascists did not kill the most important thing in children.