November 24, 2016
7
An article about armored cars that were in service with the German imperial army during the First World War. The specificity of armored cars is noted, the use of German armored cars during the war years is characterized.


In the German imperial army, armored cars appeared in peacetime. The first experiments in this field relate to the 1905 year.

After long trials (primarily with regard to booking issues, weapons typology and how to install them), the Mercedes armored car (3,5 mm armor, chassis for Büssing omnibuses, armament - 1 machine gun) was made and took part in the maneuvers of the Guards Corps.

According to the results of these maneuvers, the specialists expressed the opinion that the armored car will receive only limited tactical use, which is reduced to the defense of borders, mountain passes and the destruction of river crossings. But the world war overthrew these calculations.

Already at the beginning of the First World War, the British used armored cars in battle on the right flank of the German army advancing on the Western front.

Despite the fact that in October 1914 of the year, the Chief of the Field General Staff of the German Imperial Army gave relevant instructions on this issue, only in June 1916 of the year (!!!) were 3 armored vehicles finally ready (Daimler, Büssing and Erhard). These machines made up the 1 machine gun armored platoon of the Kaiser army. 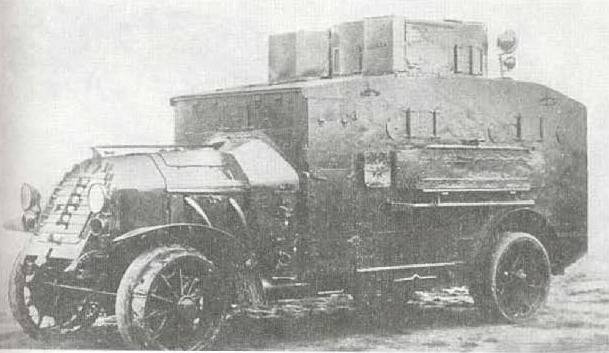 Fig. 1. Armored car company Daimler. The car had a 4-cylinder engine, 4-speed gearbox, double wheels protected from immersion. The cylindrical turret had loopholes through which the 4 machine gun Maxim, armed with an armored car, could operate. The radiator of the armored hood was protected by the original horizontal armor blinds. Having decided on the need to cool the engine, the driver, being at his workplace, by turning a special lever could open and close the blinds on the radiator. Crew - 3 man. Throughout the war, only 8 (!) Such machines were manufactured. 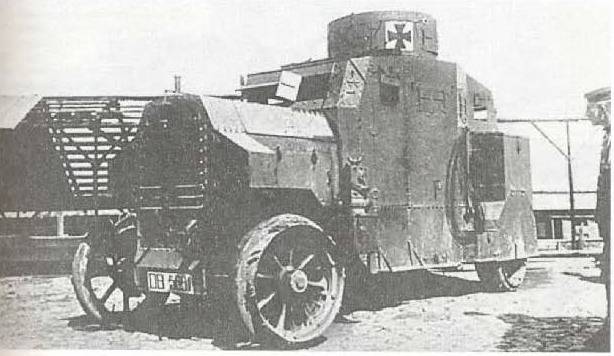 Fig. 2. Armored car company Erhard. All-wheel drive Erhard, as well as Daimler, had a 4-cylinder engine in front of the body. But the large angles of armor sheets presented this armored vehicle with better protection than its “brother”. Armament - 3 machine gun, and the turret of the original design allows even anti-aircraft fire. The crew - the commander, 6 machine gunners (including the second numbers) and the driver. 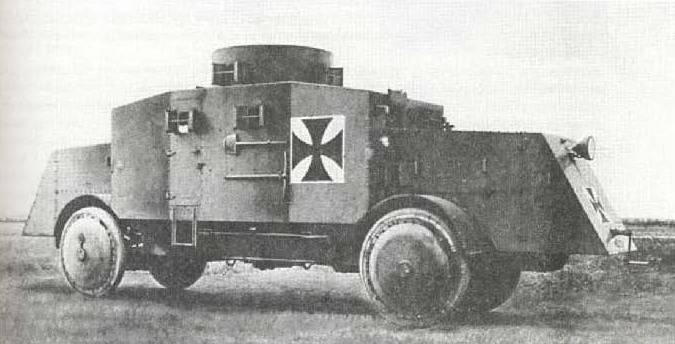 Fig. 3. Armored car firm Bussing. It is the most powerful in terms of size and weight of the German armored car. It was equipped with a 6-cylinder engine with a 10-speed gearbox (5 forward speeds and 5 rear). All wheels - leading. The 3 machine guns that were in service with this machine were equipped with 10 firing positions - 4 embrasures in the turret and 6 - in the hull. Armor - 7 mm.

Thus, we have to admit that in the production and use of armored cars the Germans were behind not only Russians, British, French, Belgians, but also their allies Austrians.

The first combat test of German armored cars took place in Upper Alsace and gave favorable results. In the report on the use of armor, it was noted that the detachment was a valuable mobile reserve command, especially during counterattacks to localize enemy breakthroughs.

Armored Corps No. 1 took part in operations against Romania in the same 1916 year, where he did an excellent service: it was during a maneuverable war that speed and mobile armored vehicles could show their best qualities. He especially distinguished himself in the Kronstadt operation (September – October 1916) and in the Transylvanian Alps. It was the results of the Romanian campaign that prompted the Germans to start building more 14 armored cars, the production of which lasted until January 1918. These machines are equipped with armored units №№ 2 — 7. One of them participated in the battles on the Italian front at the end of 1917 of the year, but due to technical and tactical mistakes made, he could not properly manifest himself.

In 1918, the Germans used their armored corps on the former Eastern Front, for police service in occupied Ukraine, suppressing peasant unrest and guarding communication lines.

Of the captured Russian (mostly abandoned by the Russian army degraded after the revolution and rapidly rolling back to the east after the Brest armistice) and Italian (after the defeat of the Italians at Caporetto), armored cars (produced by Lansia, Putilovsky, Minerva, Peugeot, Austin) were formed in the summer 1918 No. 8 — 11. They did not recommend themselves (especially in the absence of original spare parts).

In total for the war, the Germans built 17 armored vehicles, captured another 40 (of which 20 was restored). And this is despite the fact that, having experience in the production of armored vehicles from 1905, they could easily make them massively and use them in battle. There was especially wide scope for the use of armored vehicles at the beginning of the war on the French front: in the most strategically responsible period of the large German offensive across Belgium (of course, with the establishment of hard realities of positional warfare, the use of armored vehicles was significantly reduced, but this only happened at the end of the autumn of 1914) and also on the Russian front - for almost the entire war.

The design features of the German armored vehicles consisted in the fact that if the French and Italian armored cars (light in nature) had the chassis of cars with a powerful engine and two driving wheels, the heavy German armored cars had a truck chassis with four driving wheels. move not only on the roads, but also on solid ground). Armament consisted of 2 — 3 machine guns with maximum firing angles. Some Germanic vehicles were also armed with flamethrowers and even cannonballs (for example, the 20-mm Becker’s gun). The armor-German armor thickness ranged between 6 and 11 mm, and 11-mm armor provided protection against rifle bullets even when fired at close range. The anti-bullet armor was reliably protected by the motor, armament, and crew of the vehicle. The crew size depended on the size of the armored car and ranged from 4 to 8 people.

Having high-quality and original tactical-technical characteristics and possibilities for practical application, the German armored cars did not become a full-fledged mobile tactical armored resource in the hands of the Kaiser command.