November 17, 2016
63
The AM-1 army all-terrain vehicle is intended for conducting patrol and reconnaissance operations, raid and search and rescue operations conducted in different climatic conditions. Currently, the all-terrain vehicle is in service with the Russian army. It is already used in the airborne troops and arctic brigades created in the country, also the AM-1 ATVs are being used by the army special forces. For example, in February, 10 of AM-1 ATVs received special units of the Western Military District (ZVO) in 2016 in February.


The first batch of seven AM-1 entered service with the Arctic motorized rifle brigade of the North fleet (SF), the press service of the fleet reported this in August 2015. Transportation of all-terrain vehicles was carried out in a disassembled form, already on the spot they were assembled and run-in with the direct participation of specialists of the automotive service unit. Contract military personnel were entrusted to manage army ATVs, possessing a driver’s license of the corresponding category and significant experience in operating motorcycles. These ATVs can be used in the Arctic regions. In 2014, all-terrain vehicles were tested twice in the polar latitudes. The tests were carried out on the Rybachy Peninsula and on the island of Kotelny.

The army all-terrain vehicle, designated AM-1, was developed on the basis of the civilian model PM500-2, equipped with a four-stroke single-cylinder gasoline liquid cooling engine, which develops the maximum power of the HP 38. Motor-all-terrain vehicles are manufactured by the Russian Mechanics company from the city of Rybinsk. The recommended retail price of the civilian version of the PM500-2 ATV is 349 thousand rubles today. 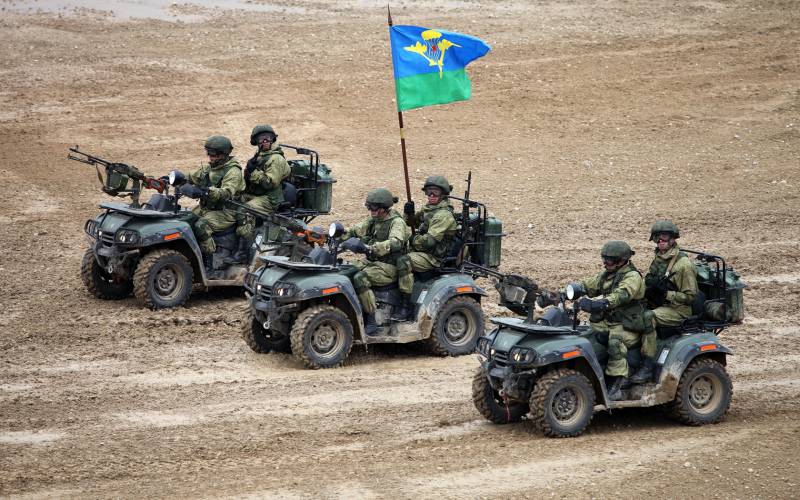 The RM-500 is the first all-terrain vehicle designed and manufactured in Russia. With its design, the designers of the enterprise endowed their model with the best qualities of tourist and utilitarian ATVs. At the same time, the RM-500 is a truly Russian all-terrain vehicle: it is tough, simple, reliable and unpretentious. The RM-500-2 is a further development of the first model, which borrowed all the best from it, while becoming more maneuverable, easier to drive and more comfortable. The presence of high and low gears, four-wheel drive (4х4) with the ability to lock the differential allow all-terrain vehicle drivers not to be afraid of off-road.

The army equipment of the all-terrain vehicle received a special rack for mounting the AK-74, grenade launcher, SVD rifle; front case; headlight protection; dashboard with advanced features; engine preheater system; passenger hand warmers; headlamp searchlight and tires with a special tread, increasing throughput. The gas tank of the AM-1 army motor-all-terrain vehicle received a self-retractable coating, which eliminates fuel leakage if its integrity is damaged during operation, including in combat conditions. Behind the passenger seat was equipped with a special place where there are two metal fuel cans of 20 liters each. A spotlight, which complements the usual set of light devices, allows AM-1 to operate in the dark. The electric winch with a force of up to 2,5 tons is also included in the basic package.

Not so long ago, ATVs were considered to be exclusively entertainment equipment, which was bought by wealthy motorcycle enthusiasts and fans of extreme walks over rough terrain. Today, these four-wheeled vehicles confidently stand in operation, while the feedback on their operation in the Russian armed forces is only positive. According to the paratroopers who used the equipment, ATVs show themselves with dignity. There are no failures, including after the practical landing from the aircraft in special containers. 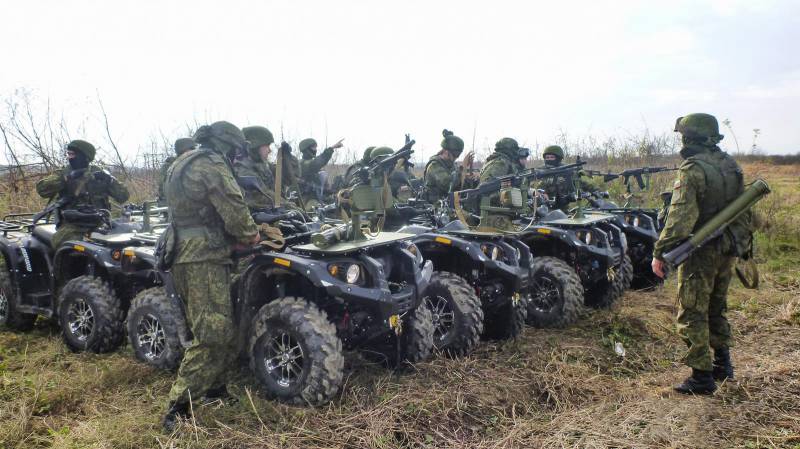 The AM-1 military ATVs, although akin to them, are still distantly related to civilian versions. And it is not only about the possibility of installing on them various weapons systems, devices for the transport of ammunition and trailers. The military models have improved all-terrain characteristics themselves. For example, their frame is protected with a special powder coating, and without exception, the electrical contacts are made of waterproof. A special drive and tread pattern helps to overcome different landscapes, including coastal sands and boulders.

In general, we can say that sand, stones, swamps, mountains, forests, the sea - this is the element of this mototechnique, an ideal testing ground for checking its off-road qualities and patency. It is not by chance that military army all-terrain vehicles were tested by the military on the Kola Peninsula. Here, the army ATVs were subjected to comprehensive checks by complex terrain, sea water, they were literally drowned in coastal waves. At the same time they got wet, but every time they started up and could go on again. Not a single drift was shown by the mototechnics and on a fairly complex muddy bottom, just as calmly, without special difficulties, all-terrain vehicles overcame piles of stones.

The first in Russian stories the army quad bike, as noted above, was designed and produced in Rybinsk (Yaroslavl region) at the Russian Mechanics enterprise. In order for you to better imagine what kind of enterprise this is, it can be noted that it is here that the “homeland” of the Buran snowmobiles famous throughout the Soviet Union, which are still used in many parts of Russia, is located. 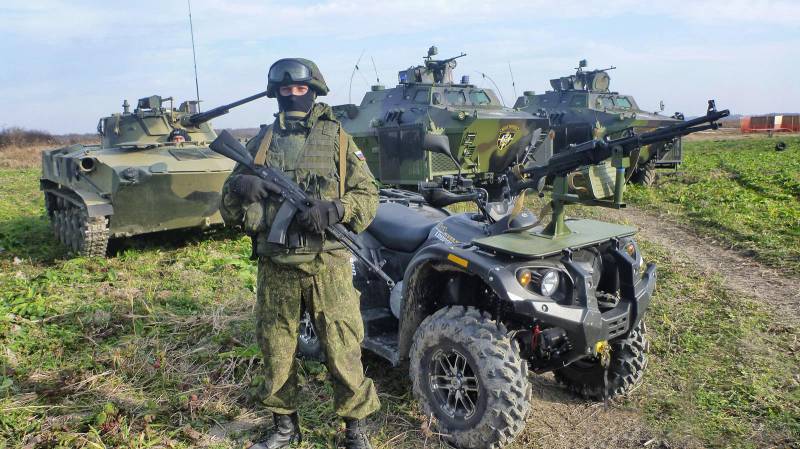 According to Viktor Ilyukhin, the chief engineer of the Russian Mechanics enterprise, the AM-1 army all-terrain vehicle has significant differences from commercially produced civilian ATVs. Among them, and a special color, and the presence of a specially designed trunk, designed for installation weapons, and the use of a fuel tank, protected from penetration. The unique design of the tank has a self-retractable coating, which, when it breaks through, tightens the hole from the bullet for 10-15 seconds, after which the quad will continue to move, retaining the necessary fuel.

In addition, the important difference between the army version of the all-terrain vehicle technology manufactured at the Rybinsk plant, from the civilian version is in the reinforcement of the supporting structure of the frame. This allows you to increase the total capacity of the all-terrain vehicle. The levers providing permeability were also strengthened, and the units and components of its design imply driving on any type of soil. The load capacity of the army motor-all-terrain vehicle was designed for at least 150 kg. In addition, the additional features of the AM-1 provide an electric winch.

The unique abilities of all-terrain vehicles are indispensable for overcoming heights. Including mountain ranges with slopes that are close to vertical. In this case, the ascent into the mountains is carried out with the help of special mountaineering equipment. It helps AM-1 and its winch, the motor of which, by the way, can be started not only manually, but also remotely - with the help of a special remote control (working remotely). Motor-all-terrain vehicles are also irreplaceable when transporting various goods with the help of an external device. In particular, the press service of the Ministry of Defense spread the information that AM-1 is able to pull a trailer weighing up to 500 kg.

To date, the specifications for the new army ATV technology are determined by the military tracked vehicles and special snow and swath technology equipment of the 3 th vehicle research center of the Russian Defense Ministry. Today they are considering the possibility of introducing into the Russian army not only quad bikes, but also all-terrain vehicles of the Buggy type. This would allow the military to solve the problem of locating the machine gun on the machine (there are certain inconveniences at the all-terrain vehicles, which are associated with the longitudinal placement of a two-person crew). According to Denis Vinnikov, head of the 3 Central Research Institute, samples of military buggies already exist in foreign armies, the possibility of their use in the Russian armed forces is also being considered. 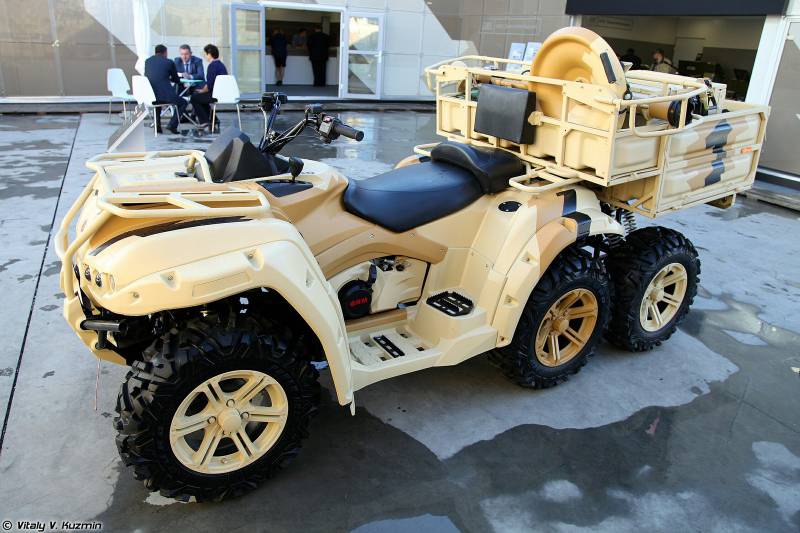 In recent years, ATVs are increasingly being used by the Armed Forces of the Russian Federation to solve the tasks of combat training, and designers are creating various machines based on them. For example, at the Army-2015 forum, at the Uralvagnozavod stand, MMK was demonstrated - a mobile mortar complex consisting of a three-axle PM-500 (6Х4) motorized tractor, which is also being produced today in Rybinsk, and an 82-mm 2BXNXMMM mortar The novelty was developed by the designers of the Petrel Research Institute, which is part of the UVZ corporation. In addition to the mortar itself, the quad bike in this configuration also carries 24 shots to it and the calculation of two people.

The main purpose of MMK is to defeat the firepower and manpower of the enemy, as well as unarmored equipment, which is located in open positions or in naked field-type shelters. Placing an 82-mm mortar 2B24 on an all-terrain vehicle can significantly increase the mobility of the entire complex, reduce the deployment time at the firing position, and increase the ammunition of the complex as a whole by 10. Rapid change of firing positions in modern combat, where mobility decides everything, is very important. The ATV allows the calculation to promptly change combat positions, preparing a mortar and equipment for a position change takes no more than 30 seconds.

Until the end of May 2016, the Russian Airborne Forces were to receive about 160 ATVs and snowmobiles. The equipment was supposed to come into service with the Kamyshin and Novorossiysk airborne formations. The paratroopers were supplied by army ATVs and snowmobiles of the AM-1 and A-1 types, the press service of the Russian Ministry of Defense reported. From the beginning of the summer period of training, which in the troops begins on June 1, all brigades and divisions of the Airborne Forces had to actively use all-terrain vehicles as part of practical exercises in solving educational problems.

All photos below: IA "WEAPONS OF RUSSIA", Alexey Kitaev 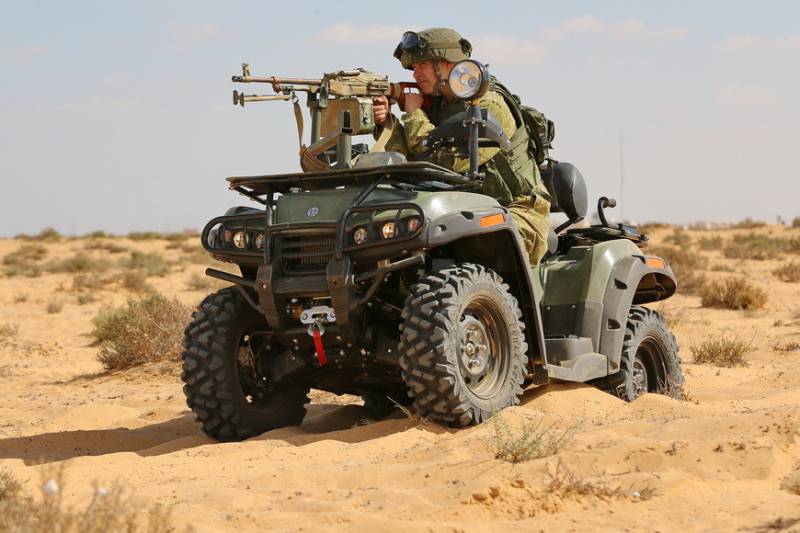 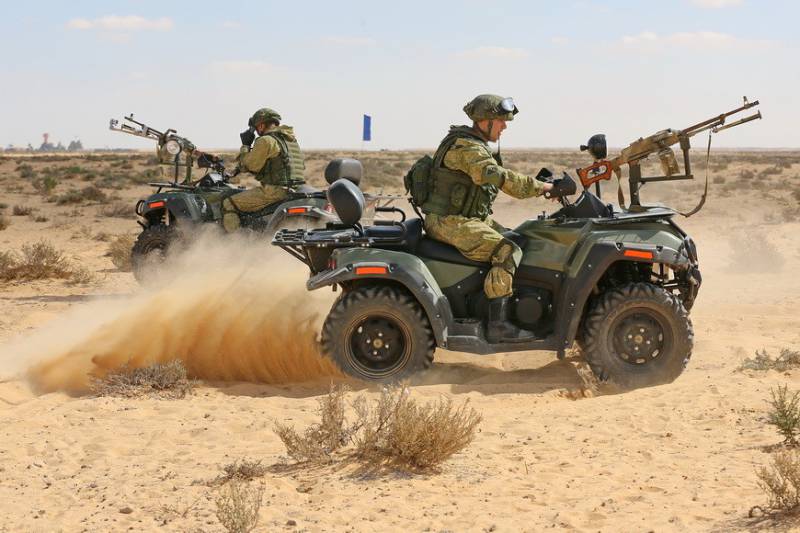 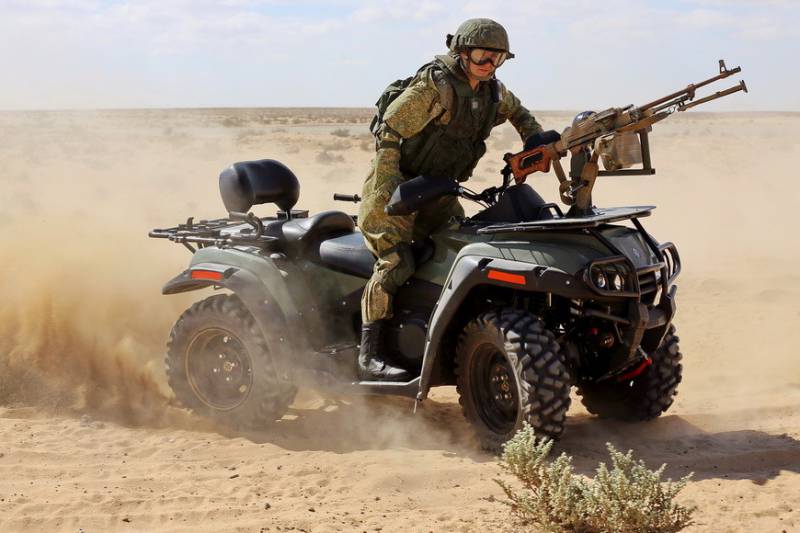 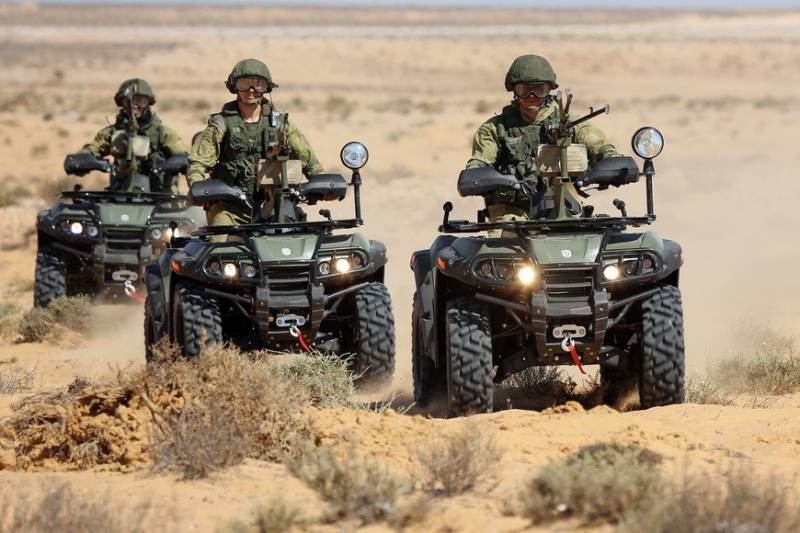 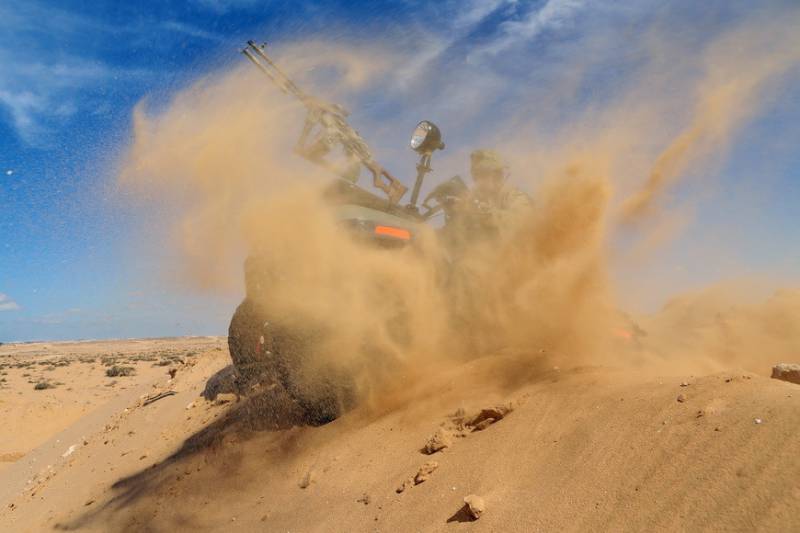 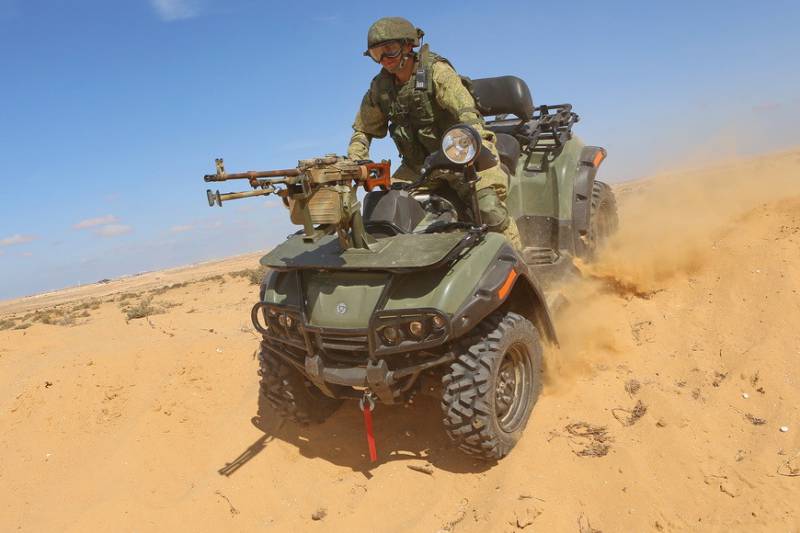 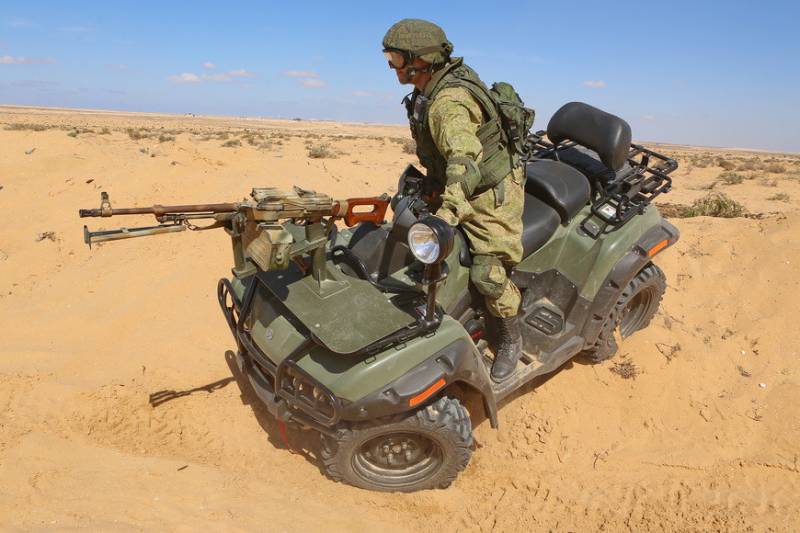 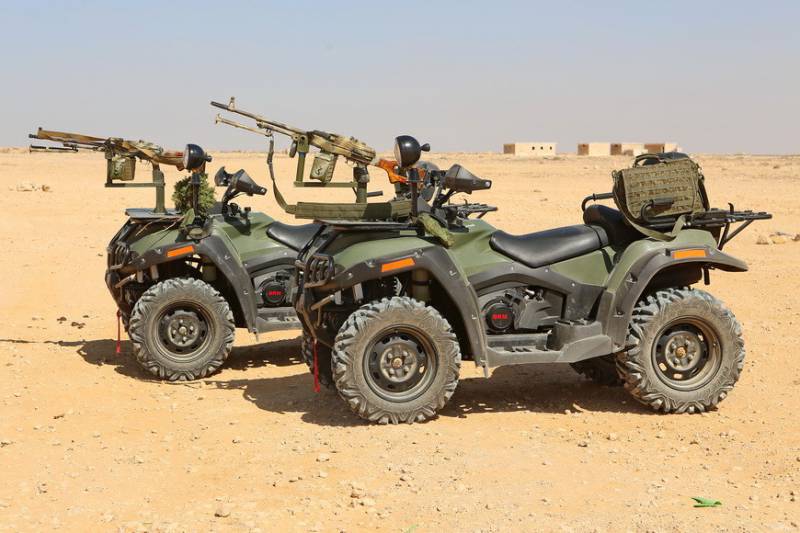 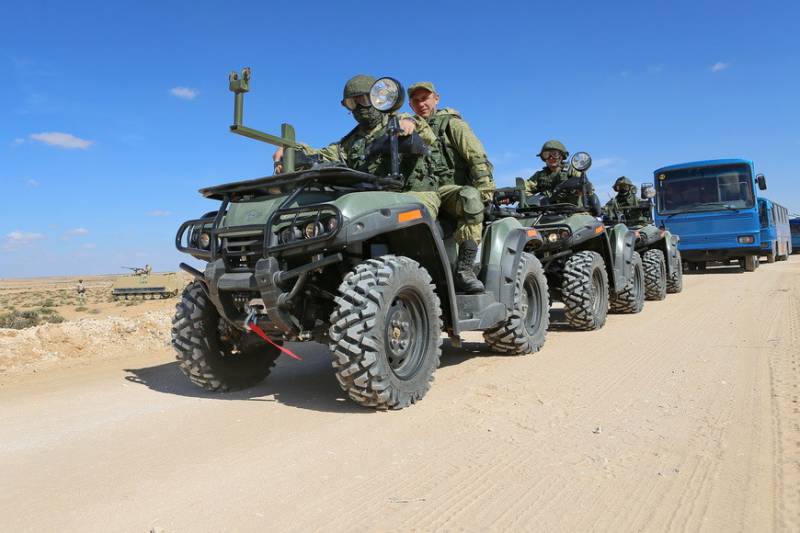